If The One Ingredient Diet had a flagship meal, this would be it. It’s healthy, fresh, easy-to-prepare, and bursting with flavor. The ginger and spices come together in a way that brightens your mood and leaves you inspired long after the last bite.

The coolest part about this dish? We use plain ol’ whole-wheat spaghetti and spice it up to taste like fancy Asian noodles. While I like the combo of vegetables I have listed, you can basically substitute any veggies you have on hand and it’ll come out great. 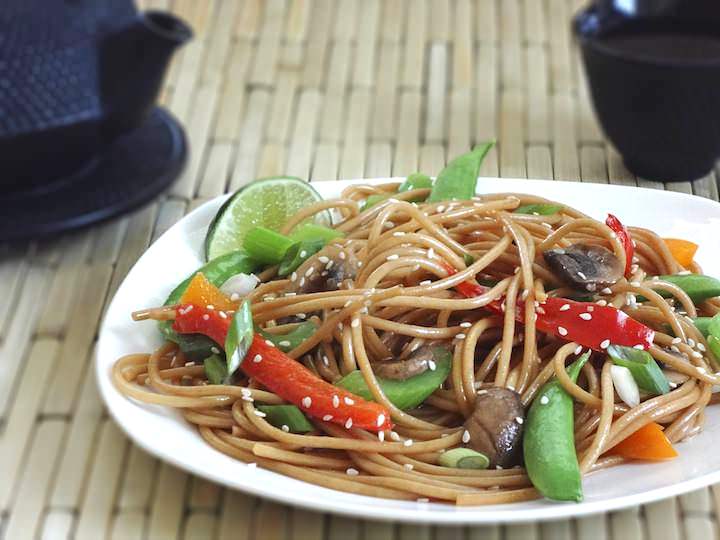 Bring a stockpot of water to boil while prepping all the vegetables. Do these two steps first so that everything will finish cooking at the same time.

Cook the spaghetti until well done. If we were making normal pasta, we’d remove when al dente, but our Asian noodles need a few extra minutes to cook.

While the pasta is cooking, heat a tablespoon of water in a wok and begin stir-frying all the veggies until tender.

When the vegetables and pasta are done cooking (about 12 minutes for both), remove the veggies from the wok and transfer to a bowl. Leave the wok on heat.

Now, we’re turning the pasta into Asian noodles! Drain the pasta in a colander and put them in the hot wok. Add the sesame oil, tamari, and cayenne pepper and continuously toss for about 5 minutes until the noodles develop a gorgeous shiny, browned exterior. When they’re just about finished, bring back the veggies and toss everything together.

Plate the noodles. Garnish with ginger (just grate it over the top), cilantro, and a squeeze of lime. Delicious!

Tip: Maybe it’s just me, but I actually like these noodles better cold. They make a great leftover-lunch straight out of the refrigerator. 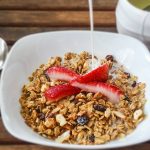 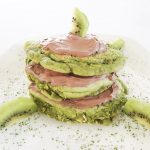