Breaking Bad is coming to an end next week and what better way to say goodbye than with blue meth, er, blue rock candy, cupcakes? When I saw this brilliant cake by 17 and Baking, I couldn’t help myself from trying something similar. If you haven’t seen Breaking Bad (I hope that includes none of you), the show is about Walter White, a high school chemistry teacher turned drug kingpin who creates an infamous blue meth that is unrivaled in its purity. The idea here is to take blue raspberry rock candy, smash it into chunks, and use it to decorate the cake as a perfect substitute for Walt’s iconic blue crystal meth. If you’re a fan of the show, you’ll be as giddy as I was when you add the blue crystals onto the clouds of vegan buttercream icing that tops these chocolate cupcakes. I’ve never had so much fun in my life. 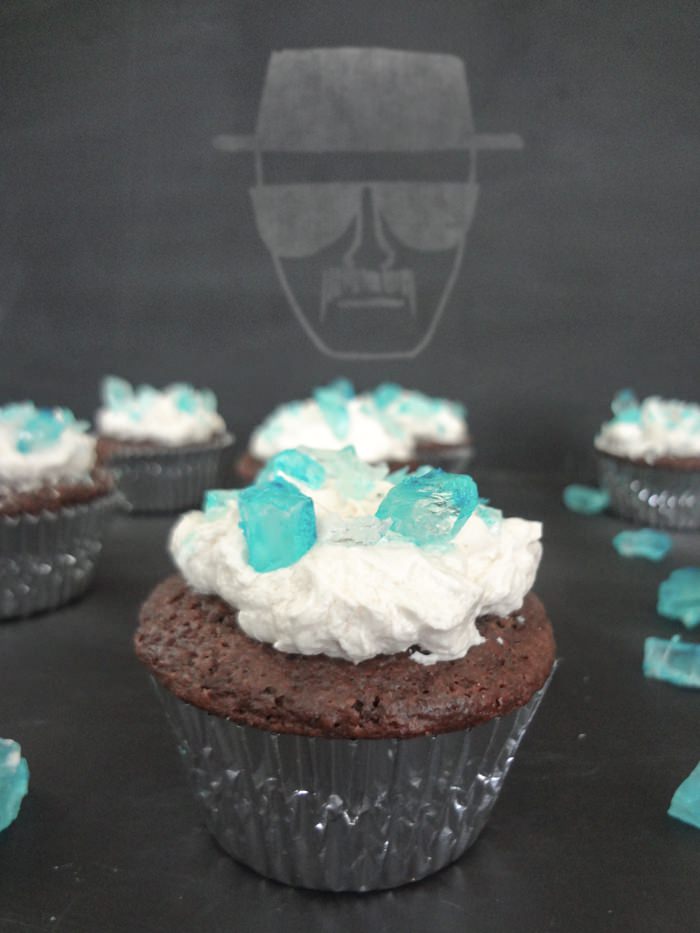 SPOILER ALERT: The finale isn’t for another week, but I already know how Breaking Bad ends. Wanna hear my theory? Okay… this whole story is about Walt Jr. That innocent breakfast-eating kid is the kingpin behind the empire. His dad (and business partner) is merely the face of the operation, designed to protect Jr’s identity after Walt dies. When Walt swallows that ricin in the finale, the world will think his empire is finished, thus giving Jr. the perfect way to slide under the radar and continue the family business. It’s a brilliant plan. And all that nonsense about Jr. looking shocked when Skyler told him the “truth” about Walt’s business? Acting. Pure acting. Just wait until the spinoff, which takes place 20 years in the future, and we get to see Walt Jr. doing a whole lot more than eating waffles… 🙂

Back to these cupcakes… they are probably one of the most unhealthy, overly-sweet recipes I’ve ever made. Nothing about these cupcakes are “one ingredient” approved: there is tons of sugar, margarine, white flour, and rock candy (but hey, it’s gotta be better than meth). To be honest, I hate posting stuff like this and I didn’t even want to eat them when they were finished. To me, this is more about the artistic side of baking [bad] than about real food. The recipe is adapted from Chow.com’s vegan chocolate cupcakes and buttercream icing. This recipe is mostly about the rock candy idea, which can be applied to any cake or cupcake you’d like. All that said, they are quite delicious and I guess it would only be fitting to say goodbye to Breaking Bad with a naughty chocolate cupcake and vanilla buttercream icing, right? 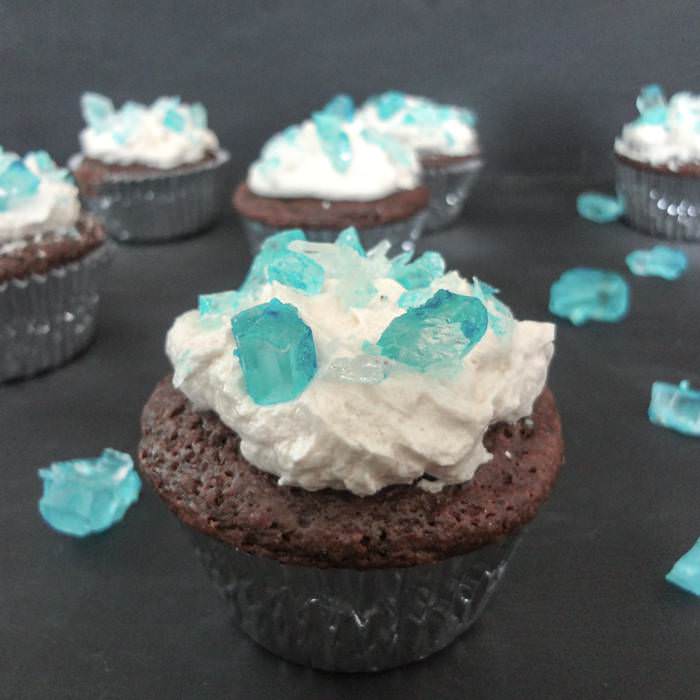 Preheat the oven to 350º F. Prepare the egg replacer by mixing 1 tablespoon of Ener-G with 2 tablespoons warm water and set this aside.

Spoon the batter into a cupcake pan with foil liners and fill each about 2/3 full. Bake for 20 minutes at 350º F, or until a toothpick comes out clean. Allow these to cool while preparing the icing…

The fluffy white texture of buttercream icing is the perfect backdrop for our shards of blue rock candy. To make, simply add an ungodly amount of powdered sugar into an ungodly amount of Earth Balance non-hydrogenated margarine (sorry, guys). Beat until creamy, and add in a splash of soymilk and a teaspoon of vanilla until the icing is just to your liking. It’s best to refrigerate for 10-20 minutes before icing the cupcakes, so that it is firm enough to create the detailed cloud-like textures.

Finally, use a hammer or mortar and pestle to break up the blue rock candy into chunks and place a few shards into the top of each cupcake. Refrigerate for at least 30 minutes so that the icing firms up even more and the crystals become fixed in place. 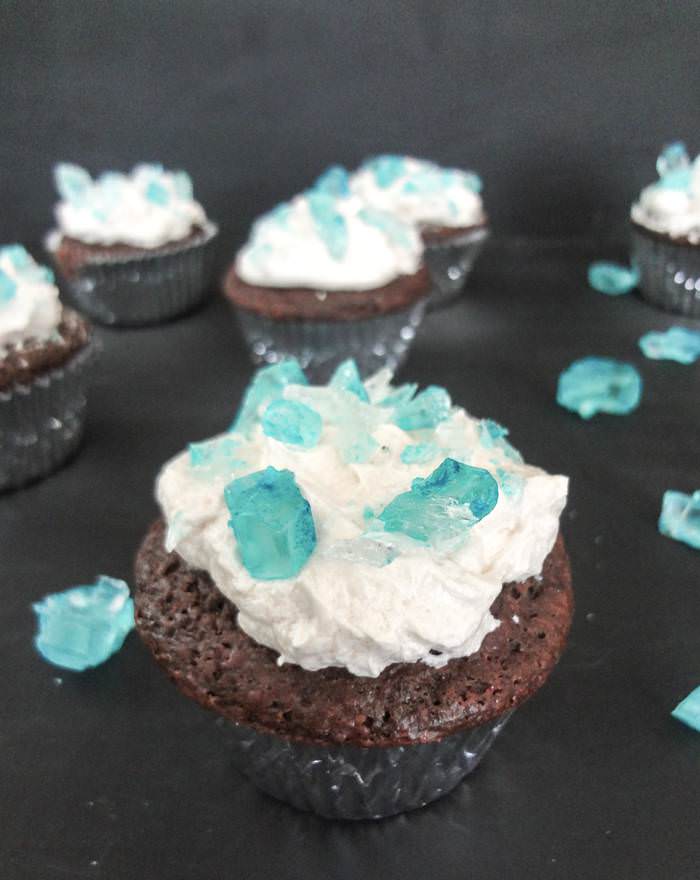 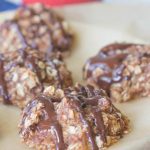 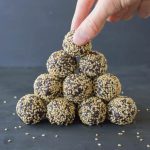