There seems to be a rumor that vegan crêpes are somewhere between difficult and impossible. I bought into this idea for a long time… until I tried it myself. My very first batch of vegan crêpes were absolutely perfect and I’ve never had a bad result with the following vegan crêpe recipe. In addition to being a fairly healthy desert, these crêpes are shockingly easy to make and incredibly delicious. You owe it to yourself to try them! 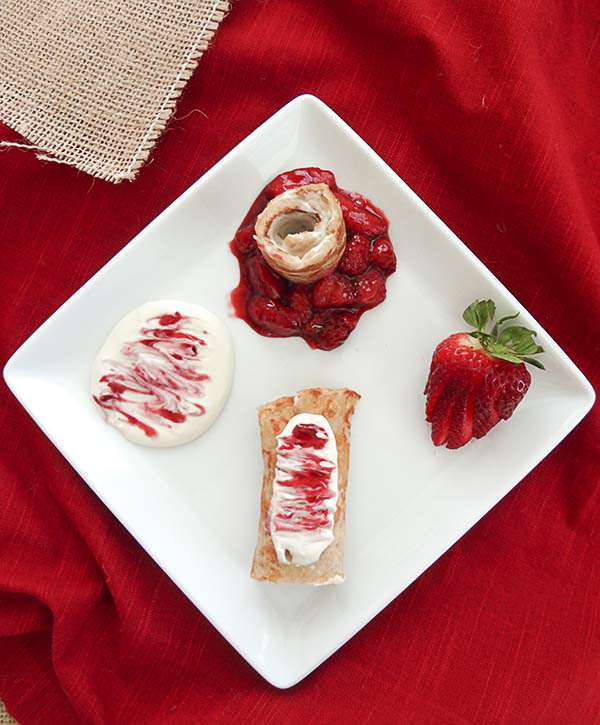 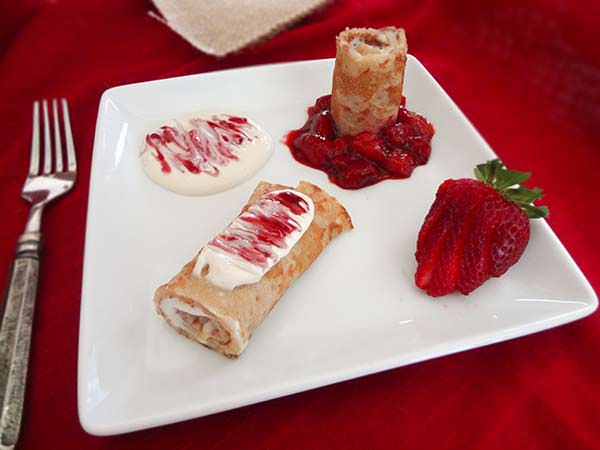 Mix all ingredients in a blender until smooth. Transfer to a covered bowl and refrigerate for at least 2 hours.

Why Refrigerate Crêpe Batter? A lot of recipes call for refrigerated batter, but is this really important? Yes! Refrigeration allows the gluten in the wheat to relax so that the color, texture, and taste are improved. The crêpes will also be fluffier and easier to remove from the pan.

After the batter has been thoroughly refrigerated, spoon about 1/3 cup into a hot, lightly oiled non-stick pan. Very quickly swirl the pan so the batter spreads to the edges and thins out. After about two minutes, the crêpe should be solid. Carefully use a spatula to peel up all the edges and ensure it isn’t sticking, then flip. Cook for another 1-2 minutes until both sides are golden brown. 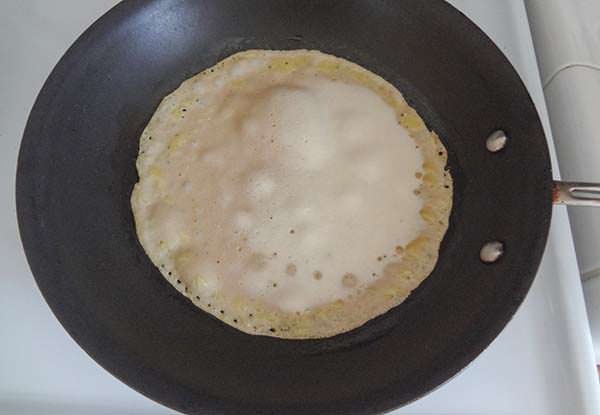 For the Cashew Cream…

If you’ve never tried making cream out of cashews, you’re missing out. This simple recipe is perfect for crêpes, pancakes, and anywhere else you’d use a slightly sweet Crème Anglaise type of cream. And it’s so simple to make:

Mix all the ingredients in a blender until completely smooth. Then refrigerate for 2-4 hours. Like with the crêpes, don’t skip the chilling; this cream tastes fine straight out of the blender, but after chilling for 2-5 hours it develops a much richer flavor.

Ideally, let this chill at the same time as the crêpe batter. Prepare them both and then go for a nice long run: those last few miles will be so much easier when you know there’s crêpe batter waiting for you back home 🙂

For the Strawberry Awesome-Sauce… 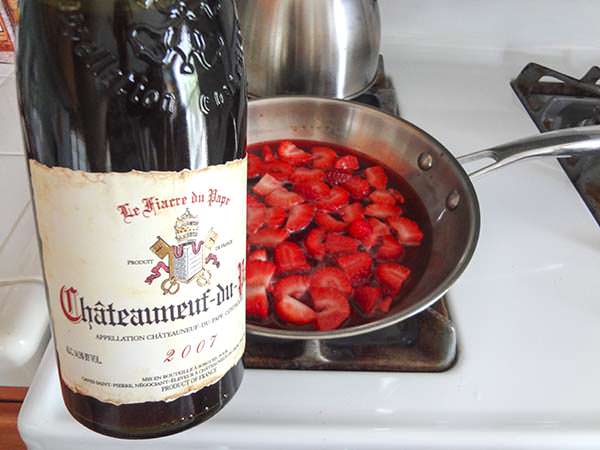 This sauce is basically a simple strawberry reduction, but awesome-sauce sounds so much cooler, doesn’t it? The wine and acid from the lemons mix with the strawberries into a gooey sauce that is begging to be spooned over a warm crêpe.

Make this sauce as you’re about ready to start cooking the crêpes. Heat a wide pan and add all ingredients except the cornstarch. Cook for 10-15 minutes, add the cornstarch to thicken, and continue cooking until most of the liquid has evaporated and the sauce thickens to your liking. It’s that simple!

When your crêpes finish cooking, spread one side generously with cashew cream and fold however you’d like (in half, in thirds, or rolled like mine). Top with a spoonful of the awesome-sauce and dig in! 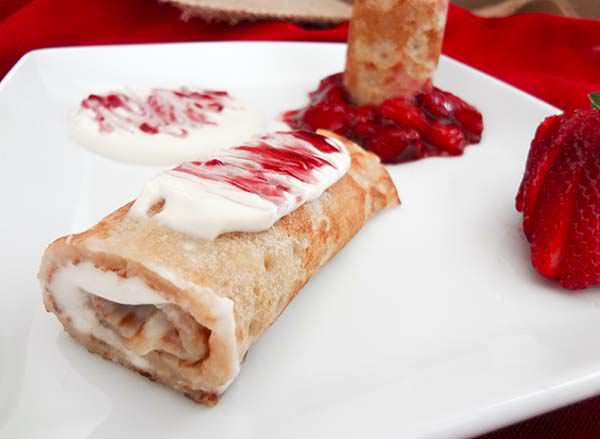 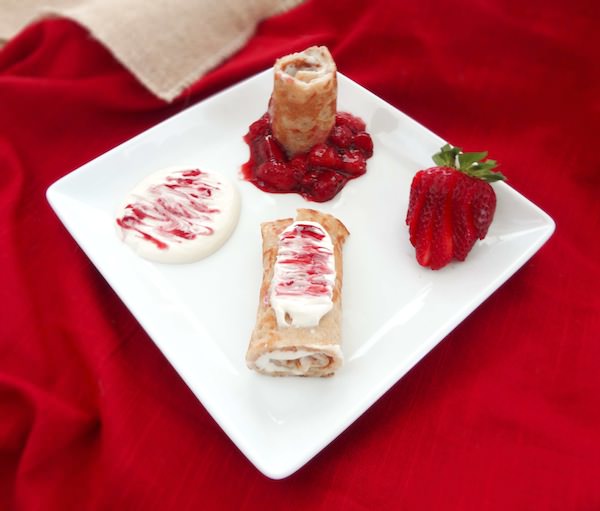 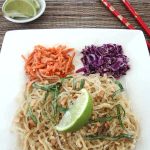 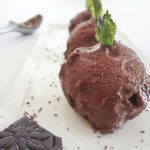