Last month, I posted a Cauliflower Alfredo Pasta Sauce and it was a major hit. That recipe has been viewed tens of thousands of times around the web and it has become the all-time most visited page on One Ingredient Chef (!)

It’s so exciting to have a non-dairy Alfredo sauce and as soon as I saw the potential, my mind was spinning with possibilities. One thing I remembered having many years ago is a pizza with white sauce, corn, mushrooms, and artichokes. That’s what we’ve recreated here. In honor of National Vegan Pizza Day (which was this weekend), here’s a super-healthy, super-simple homemade pizza that is like nothing you’ve ever had before. 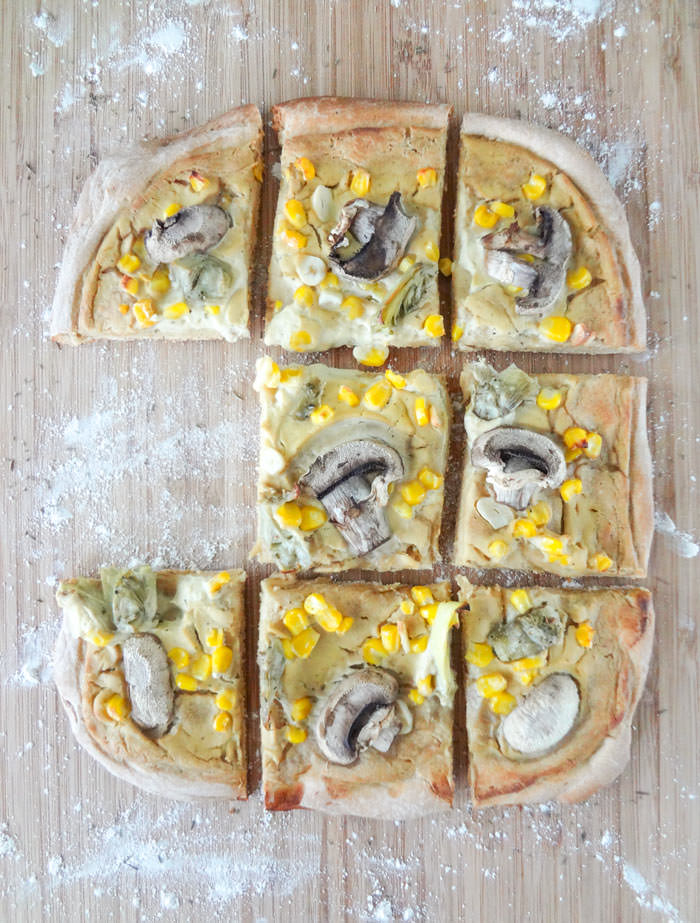 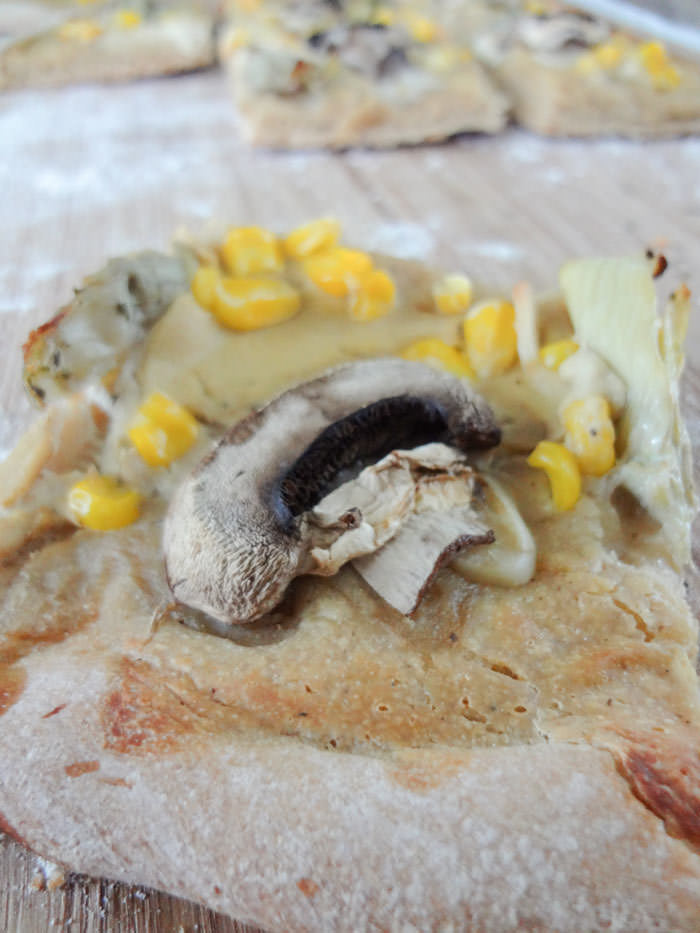 Feel free to use your favorite pizza dough recipe, or even a healthy store-bought version. I was always afraid to make my own pizza dough for fear that it would be difficult and time-consuming, but the reality is that it only takes a few minutes and the recipe is almost fool-proof.

Take the packet of yeast and combine with 1 cup of warm water, add a teaspoon of sugar and let this sit for 5 minutes. The water should become a light beige color and develop a thin foam at the top (this means the yeast has been activated).

In a stand mixer or a large bowl, combine the flour, salt, olive oil, and water/yeast mixture. Mix on low or gently fold together, then stir/mix for an additional 3-5 minutes until the dough is no longer sticky and holds together in a ball.

Transfer to a lightly oiled bowl, cover with a towel, and allow to rise at room temperature for 1-2 hours. That’s it! The dough is ready to be rolled into pizza crusts and baked.

Pre-heat the oven to 425º F and prepare the Alfredo sauce according to the instructions on this page. Once the dough has risen, form it into two very thin rectangular crusts on lightly-oiled baking trays or pizza stones. Bake this crust without any sauce or toppings for about 15 minutes. The reason for this is because our cauliflower sauce will have a tendency to burn if left in the oven for too long. By giving the crust a head-start, it reduces the time that the sauce is in the oven.

While the crust is pre-cooking, gather the cauliflower sauce, corn, garlic, mushrooms, and artichokes. Remove the pizza from the oven, add generous amounts of sauce and toppings, then return to the oven until the edges of the crust become lightly browned and the center is thoroughly cooked. Let it cool, slice, and try not to eat it all too fast!

Why is there a potato chip on this pizza? As a joke, I also made one slice with potato chips! At the Buca di Beppo restaurant chain, they have a similar pizza with Alfredo sauce and chickens, but they also add potato chips (?) and I though it would be funny to recreate that. I do not recommend this, however. The chips get soggy and gross, and they’re super unhealthy. 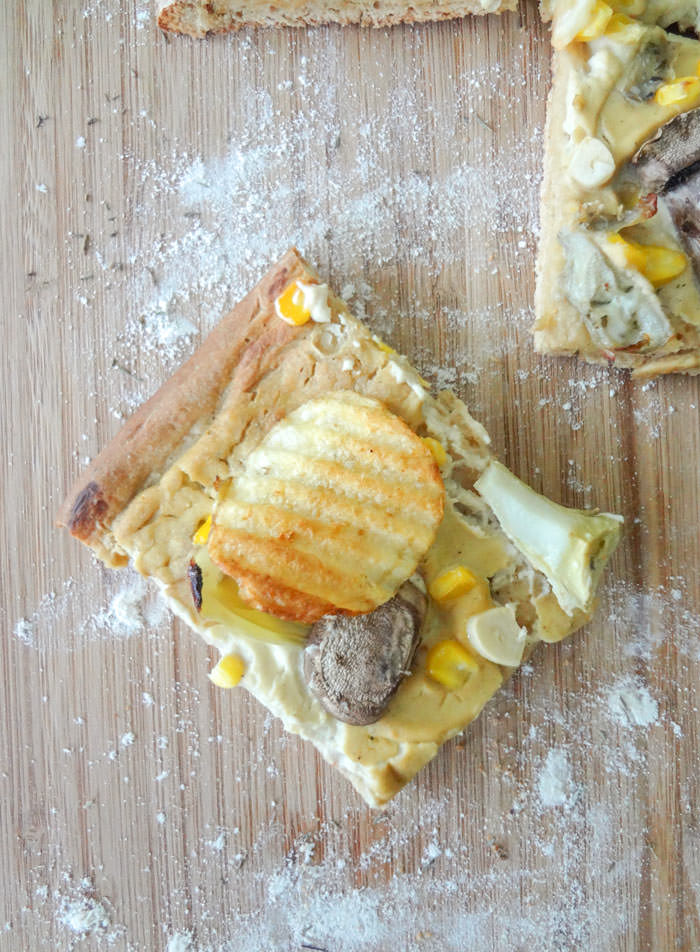 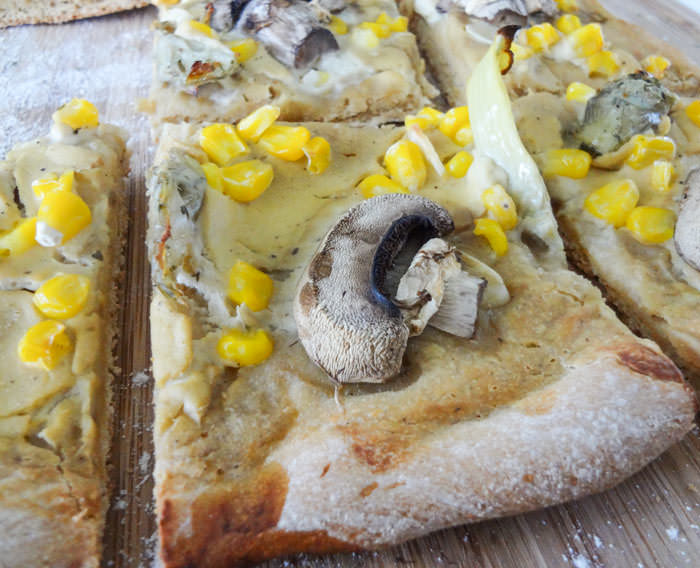 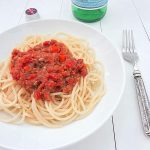