When you think of sweet potatoes, peanut butter might not be the first thing you think to pair with them, but I recently discovered that the two couldn’t be better together. The sweet, starchy potatoes and the creamy peanut butter are perfection. In this recipe, we’re dicing the potatoes and baking them with a peanut-soy-sesame glaze that bakes around each bite. Seriously, this is one of those recipes where I just couldn’t stop myself from eating half the batch right off the pan before I could even take the photos. They’re so good.

But the fun doesn’t stop there, because as good as these are on their own, they get even better when you toss them into a bowl with quinoa, greens, green onions, and sesame seeds. The recipes for the sweet potatoes and the bowl are included below. 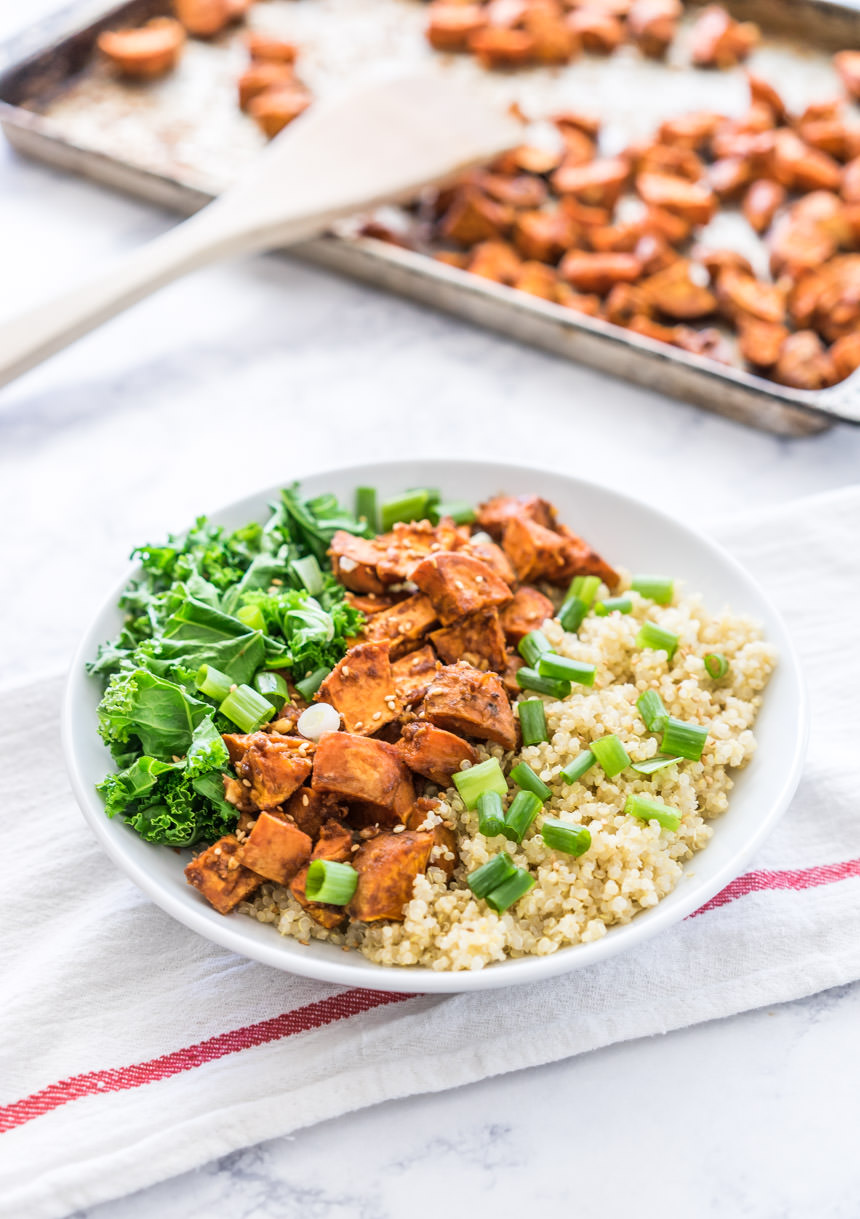 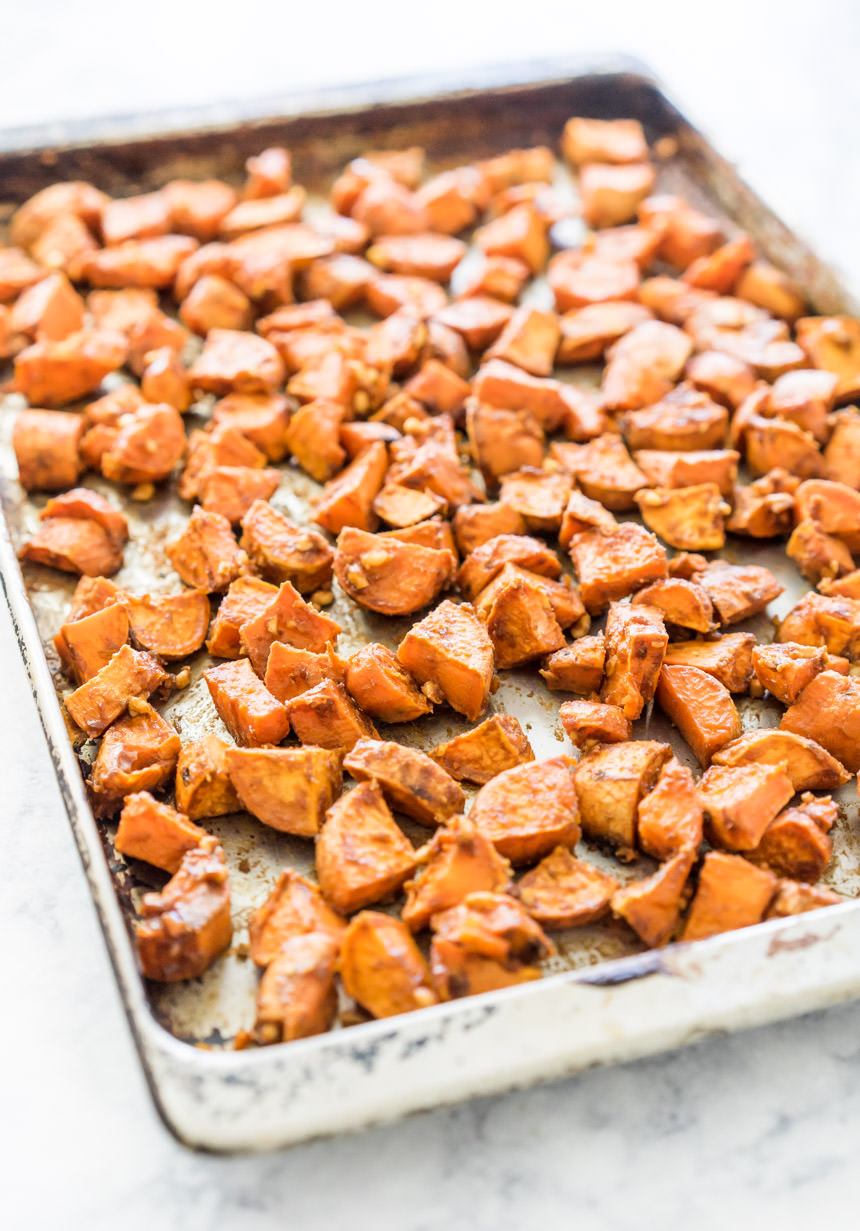 Peel and loosely dice a handful of sweet potatoes until you have about 5 cups, transfer to a baking sheet, and pop them in the oven for about 20 minutes before adding the glaze. You want them to be 90% cooked because if you added the glaze first, it would burn in the oven long before the potatoes cooked.

While the potatoes are cooking, prepare the glaze by simply mixing together all the remaining ingredients from the first list – peanut butter, soy sauce, maple syrup, water, sesame oil, and minced garlic. Stir/whisk until the mixture is smooth.

When the potatoes are almost finished (taste one, it should be edible and soft but not yet browned), remove from the oven and use a spatula to transfer to a bowl. Mix in the sauce and coat evenly, then return to the baking sheet and back into the oven for about 10 minutes, just until the glaze becomes very sticky and starts to darken. 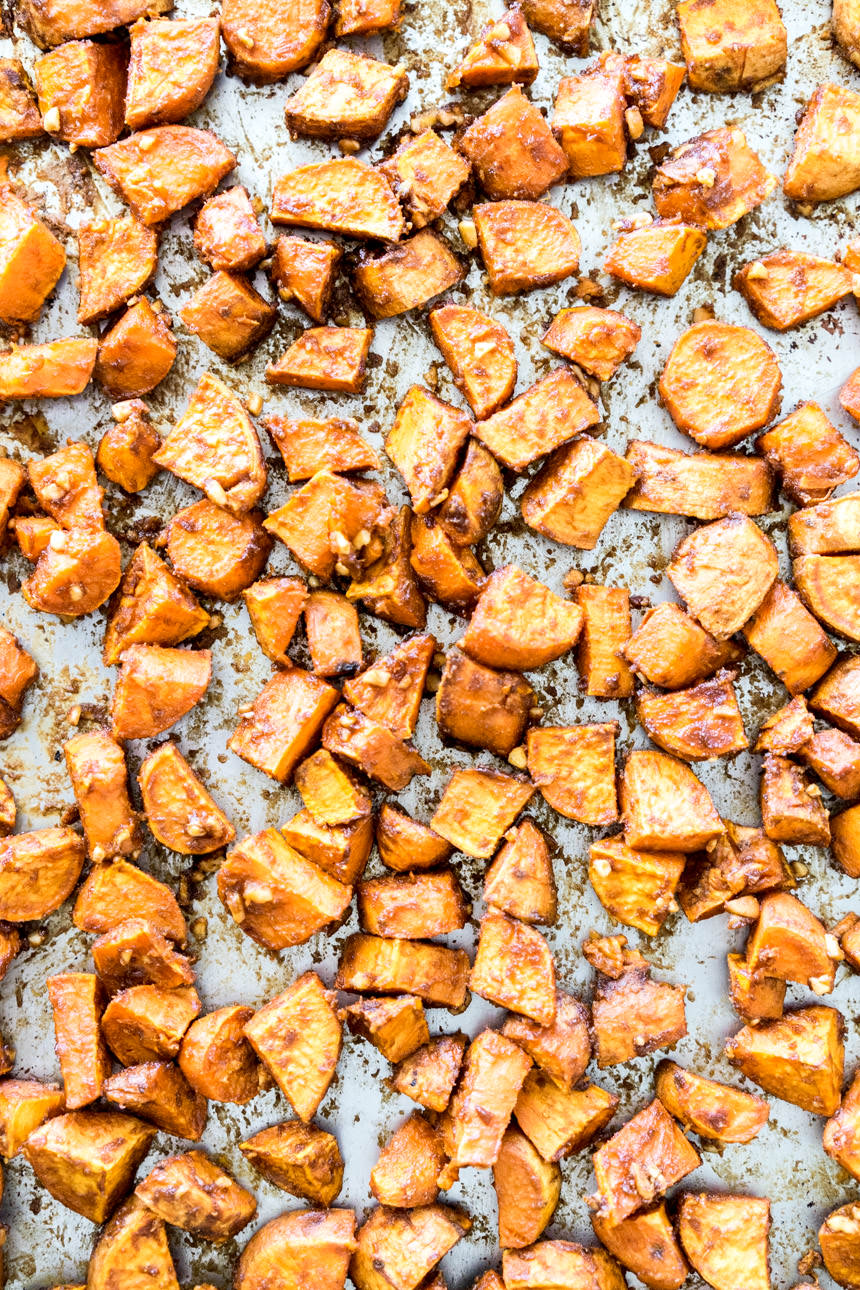 You could eat these sweet potatoes just by themselves, as a side dish, or you can make the quinoa bowl, which I highly recommend. To make, prepare some quinoa and toss with salt and pepper, steam some kale, then line each bowl with a row of quinoa, a row of sweet potatoes, and a row of kale. Top everything with green onions and sesame seeds. 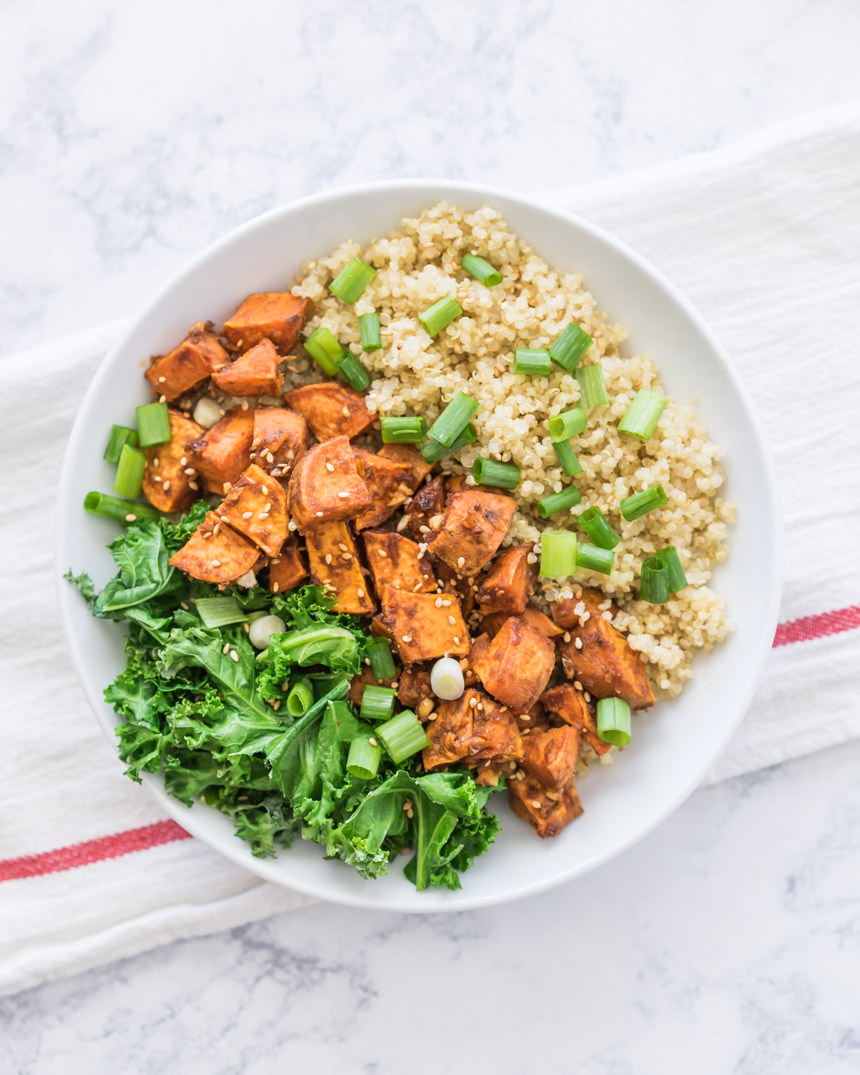 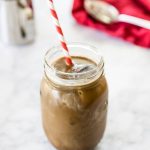 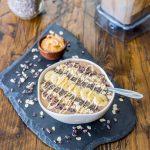