Having lived in California my whole life, I had never even heard of sweet potato pie (which is apparently a staple Thanksgiving dish in the southern states?) but as it turns out, sweet potato pie is basically just pumpkin pie with sweet potatoes instead of pumpkin. It uses the same spices and the same basic process, but I have to say… I think I like the sweet potato version better than the pumpkin one. Yes, the two pies taste very similar, but the mild sweet potato flavor works better with “pumpkin pie” spices than pumpkin itself. Maybe the Southerners are onto something, y’all!

Instead of one giant, pie, however, let’s make some mini single-serving sweet potato “pielets” – they’re easier to make, easier to cook, and way more awesome.

Now, one of the biggest challenges with making a vegan pie filling is getting it to set correctly. Luckily, I have a few tricks up my sleeve to make this happen. By using blended dates and flaxseed along with the pureed potatoes, we achieve an awesome flavor and the perfect consistency that actually sets in the oven. In addition, you know how we roll on One Ingredient Chef: this recipe has no processed sugar, minimal oil, and only real ingredients. 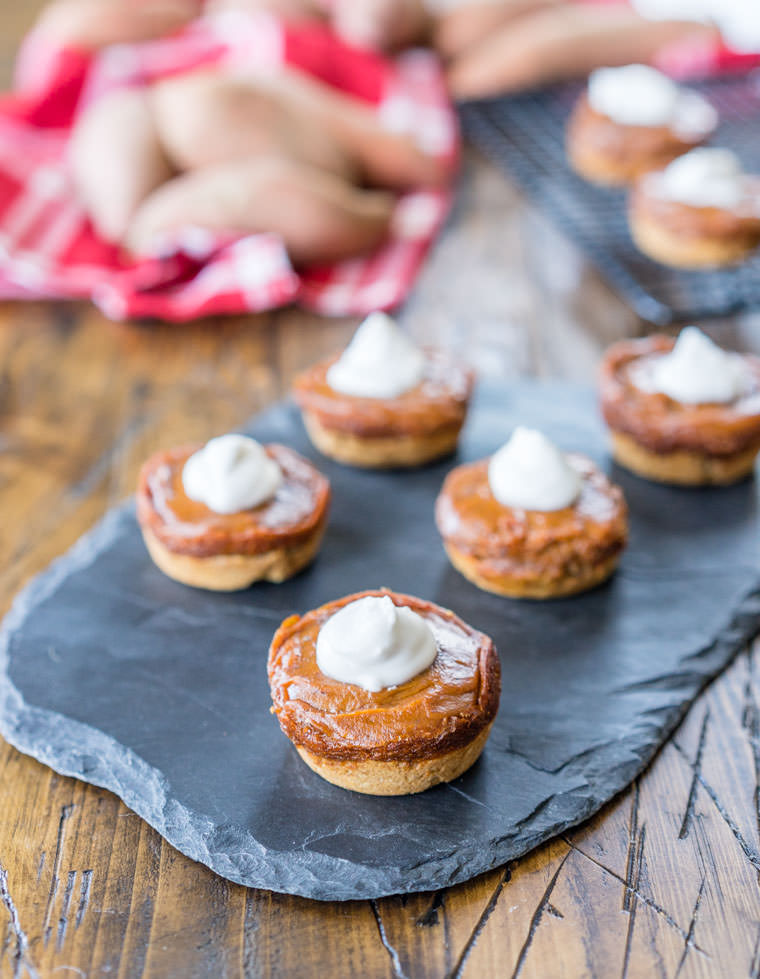 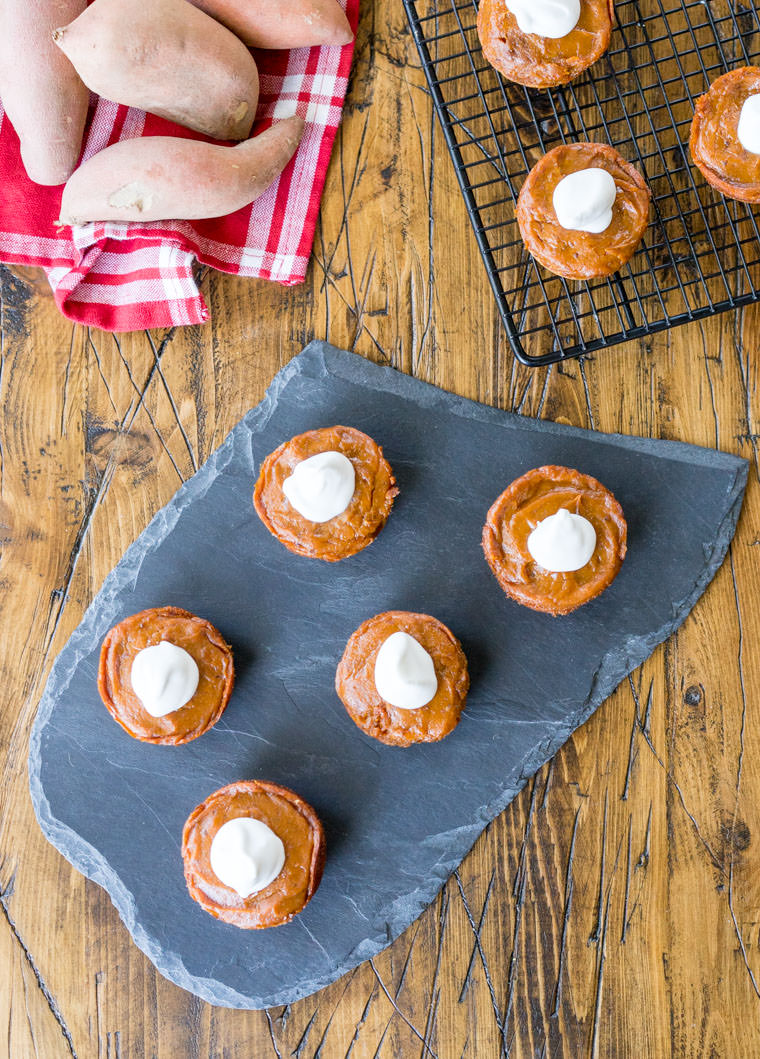 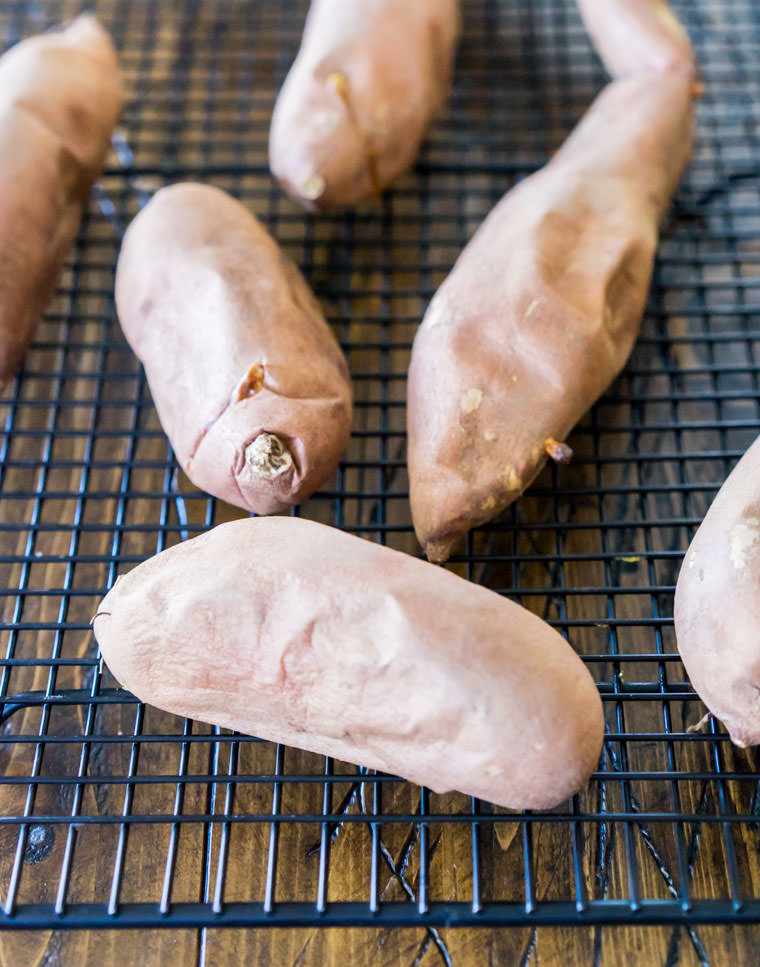 Preheat the oven to 400º F and bake about 4 medium-sized sweet potatoes (the orange ones) for an hour, until the skins are practically falling off. Scoop out the flesh and set aside about 2 cups for the filling in this recipe.

To make the crust, first combine the applesauce, coconut oil, maple syrup, 3 dates, and salt in a food processor. Pulse a few times, scraping down the sides after each run, until the ingredients are somewhat integrated. Next, add the 1 cup of whole wheat flour and 1/4 cup rolled oats and pulse the mixture repeatedly until you have an even dough that is somewhere between sticky and crumbly. Note: if it’s too dry, add 1-2 tablespoons more applesauce; too sticky, add a dash of flour.

Split this dough evenly into your *well oiled* cupcake pan and press each crust down evenly.

To prepare the filling, first make a flax “egg” by combining a tablespoon of flax with 2 tablespoons of water and set aside for 5 minutes until it forms a gel – this will help the filling set when baked. Meanwhile, return to the food processor and combine all the ingredients from the first list: sweet potatoes, dates, maple syrup, vanilla, pumpkin pie spice, salt and that flax egg. Process for a full 2 minutes until the mixture is very consistent. It should be the thickness of a typical pumpkin / sweet potato pie filling.

Spoon this batter into the cupcake pan, using the back of the spoon to smooth out the tops of each pie. 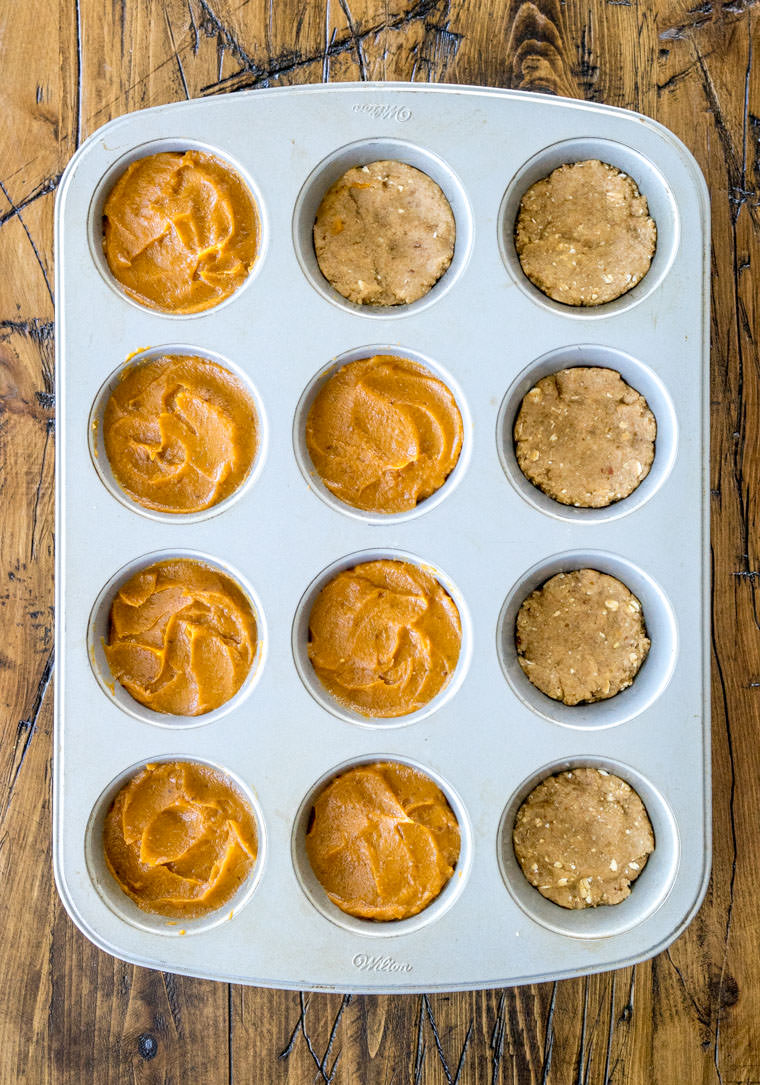 Bake in a 350º oven for approximately 25 minutes. You want to give these guys as long as possible to cook without burning. After 20 minutes, check the sides of the filling for browning and take them out just before they start to burn. Allow to cool before using a thin fork or knife to slowly and carefully pop the pies out of the pan. With any luck, the filling will be set and they should just pop right out.

If you read my blog regularly, I’m sure you know that you can make a vegan whipped cream with nothing more than a can of full-fat coconut milk. Pop the can in the fridge and the solids will separate from the water. Scoop out only the solids into a bowl and whisk until it forms peaks. Voila: whipped cream. (If you need a refresher on this, see my post: How to Make Coconut Whipped Cream). Top each pie with a dollop of this coconut whipped cream, if you’re into that. 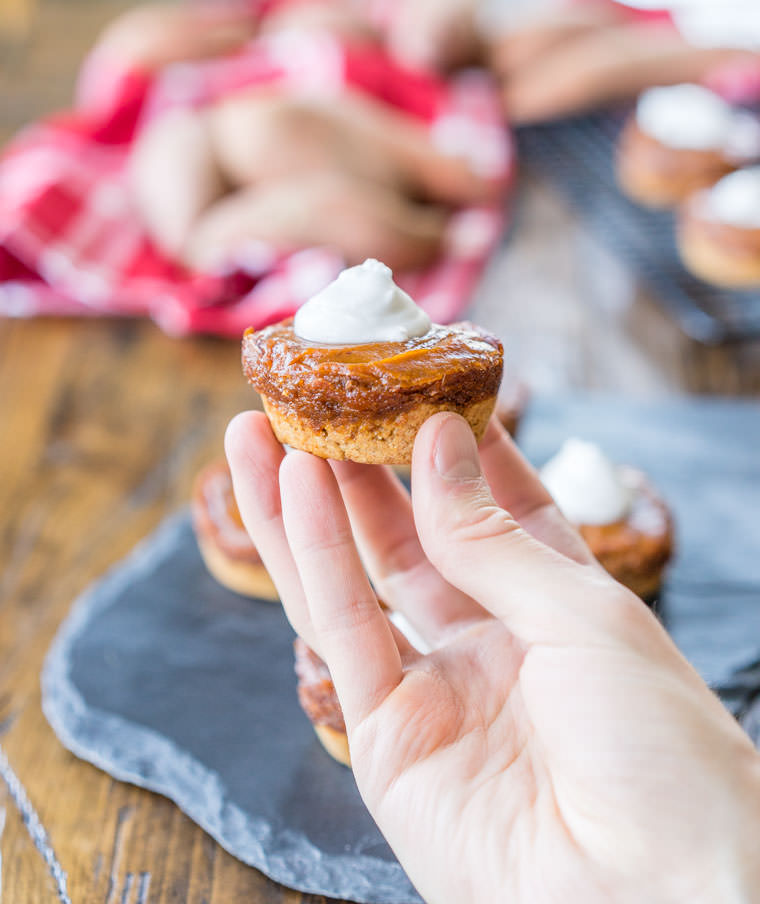 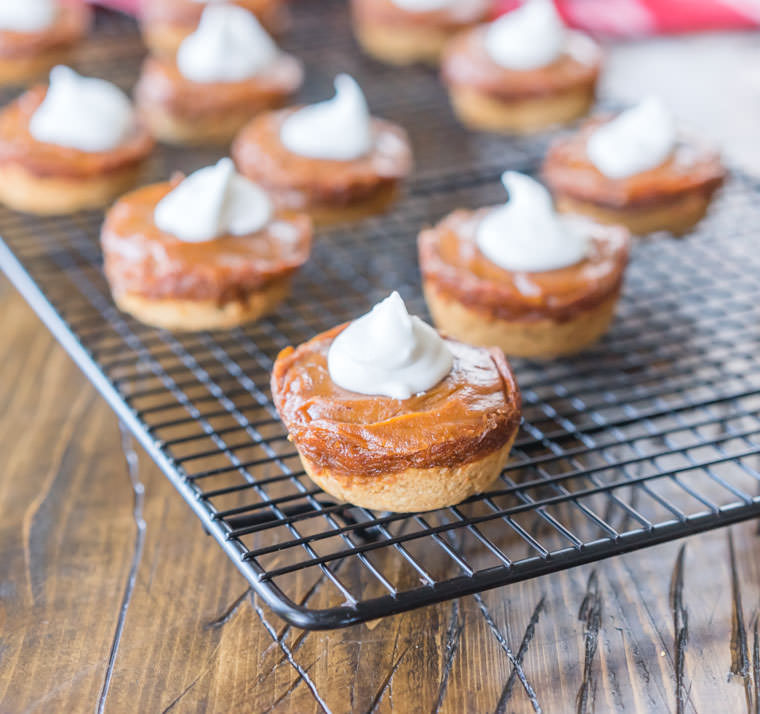 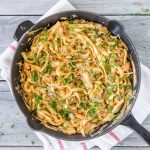 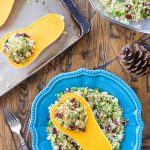