This recipe is really pho-nominal. “Pho” (pronounced more like FUnny than PHOne) is a Vietnamese noodle soup made with rice noodles steeped in an insanely flavorful broth, topped with lots of fresh aromatic veggies.

Traditionally, pho is made with beef broth and garnished with raw flanks of steak, but this version is completely vegan, of course, and you won’t be missing a thing – with the deep licorice flavors, smokey onions, and bright herbs on top, it’s like culinary heaven.

This recipe has been on my list for a long, long time. Way back in October, I found star anise (a classic spice used in pho) at a local market for the first time and took an Instagram poll to see what I should do with it. Pho was the overwhelming consensus. The people asked for a vegan pho and they’re getting a vegan pho! 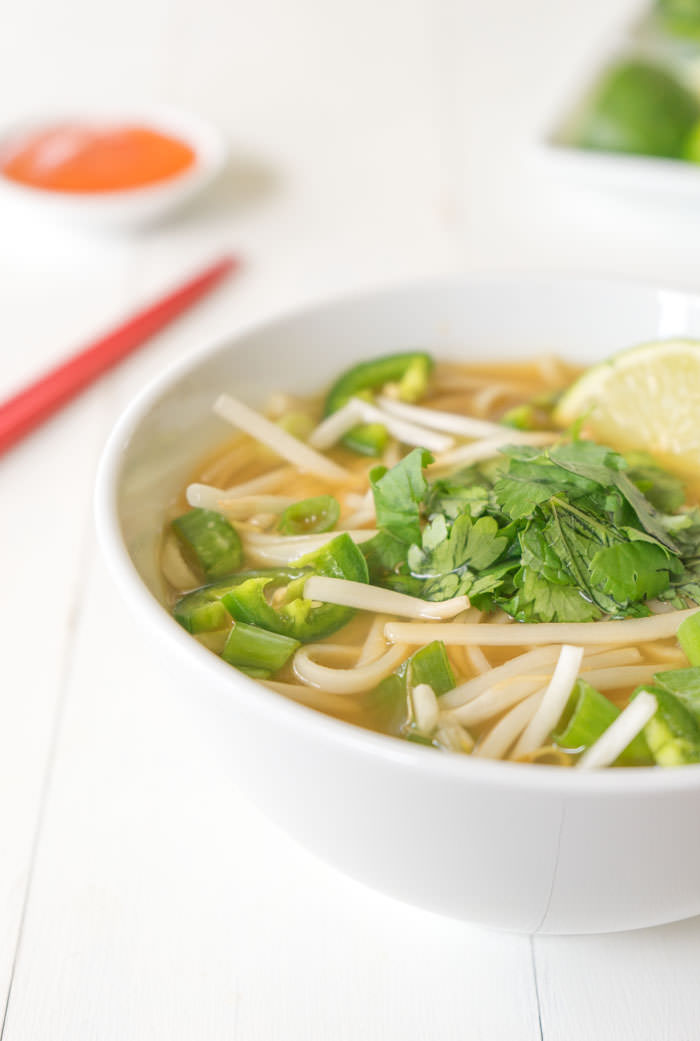 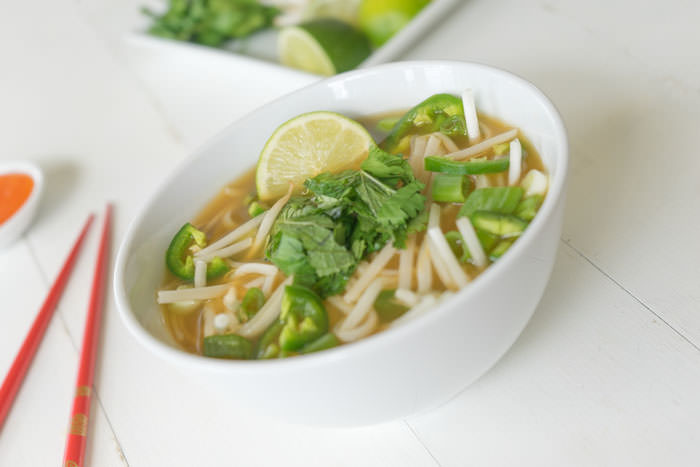 At least 90% of pho’s awesomeness comes from the broth. There are a lot of ingredients that go into creating this distinctive flavor, but the process couldn’t be simpler.

First, cut a white onion into quarters and loosely chop about 1/4 cup of fresh ginger root. Add these to your oven’s broiler until the outside layers are nearly charred. You could just throw these raw ingredients into the broth, but taking this extra step develops much deeper and more complex flavors in the final broth. Trust me, it’s worth it.

Then, throw all the following ingredients into a large stockpot and allow to simmer for 60-90 minutes: 4 cups of vegetable broth, 3 cups of water, the charred onion, the charred ginger, 3 whole star anise, 1 whole cinnamon stick, 1 teaspoon fennel seeds, 1/2 teaspoon whole cloves, 3 tablespoons of soy sauce, and 1 sheet of nori or another type of seaweed (these last two ingredients help emulate the flavors of fish sauce, which we’re obviously not adding in our vegan version).

Finally, let this simmer for an hour or more, uncovered, before giving the broth a taste. If it needs more salt or anything else, don’t be afraid to add it here. Lastly, use a kitchen strainer to pour the broth into a separate container, discarding the vegetables and spices. 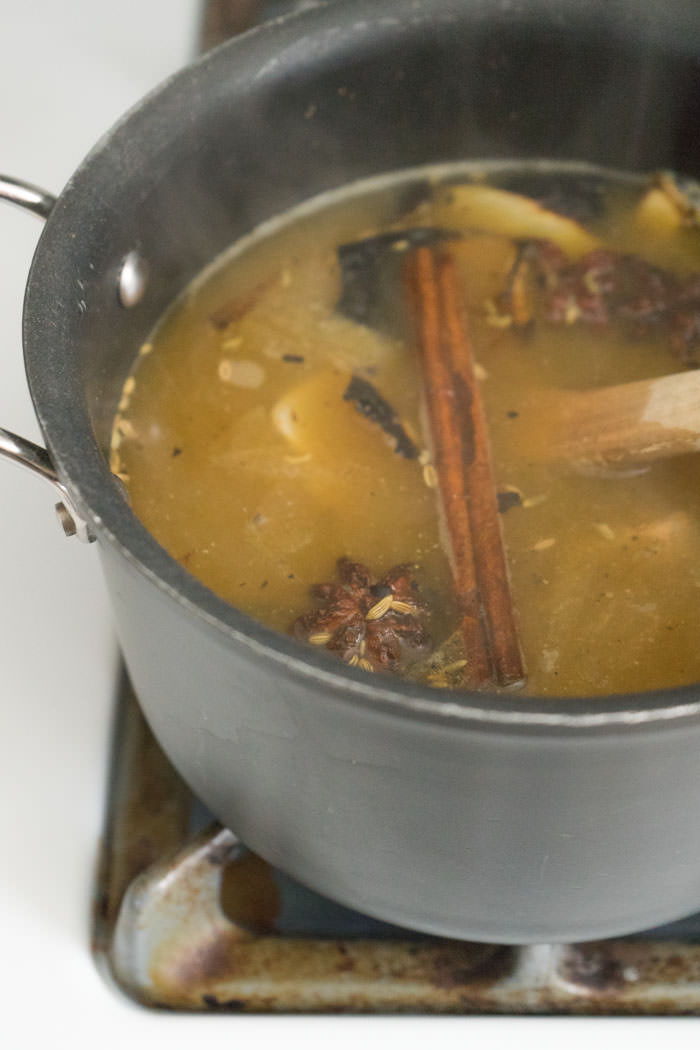 This is the easiest part. Just before the broth is finished and you’re ready to serve, cook the rice noodles according to the package instructions. Likely, this will mean steeping them in a bowl with hot water for 8-10 minutes until softened. About 12 oz of noodles should be enough pho the whole family.

While the broth is still simmering, prepare a large platter of toppings so that everyone can choose what they want to include in their soup. Tear up any combination of mint, basil, and/or cilantro leaves. Rinse some bean sprouts. Slice some red/green chilies and some green onions. Oh, and don’t pho-get to quarter some limes – they add a lot of brightness to the dish and should be squeezed over each serving bowl at the last minute.

To assemble the bowls, add a generous spoonful of rice noodles to the bottom of a large soup bowl, ladle the broth over top, and then allow each person to add whichever toppings they’d like to include in their bowl. 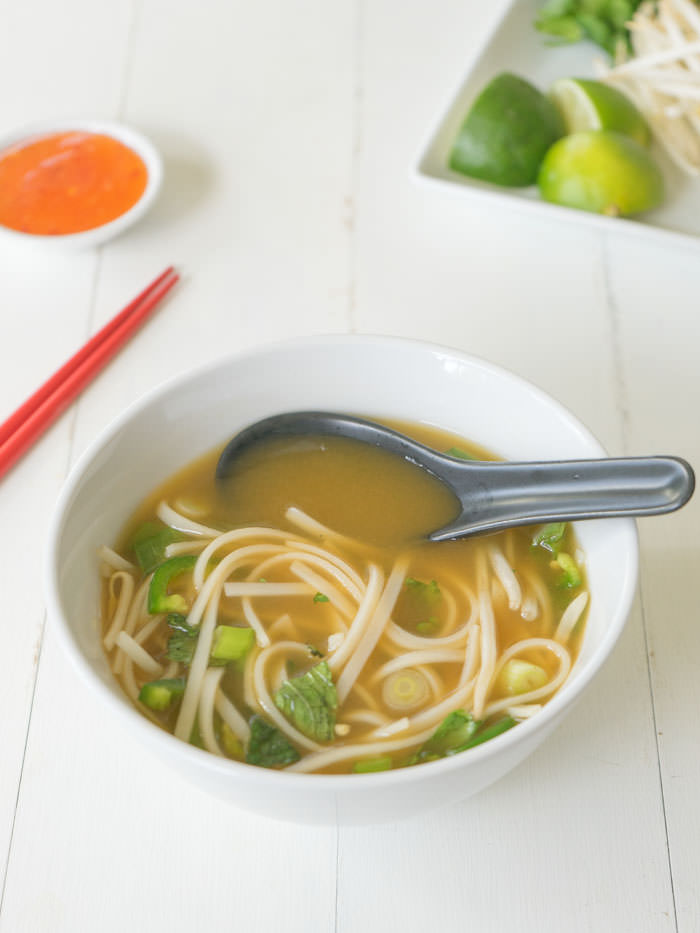 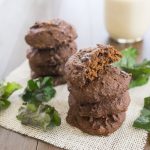 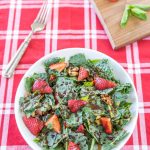