When I was growing up, over half my family worked at a local BBQ restaurant. I haven’t been there in 10+ years, but I still remember the exact flavors of their potato skins – baked potato halves, scooped out and filled with BBQ sauce, chicken, cheese, cilantro, and red onions. This week I had the crazy idea of recreating a healthier vegan version of these BBQ potato skins and, wow, they’re insanely good.

The flavors here are like nothing else. The cashew-based cheese melts into the perfect cheddar sauce, covering the bbq/soy-glazed tempeh crumbles, all stuffed inside a crispy baked potato. And, cilantro + BBQ sauce = magic. This is by far my favorite recipe that I have posted in, like, all of 2016 🙂

I’m not a huge fan of football (except the kind that actually uses feet and a ball – go Chelsea!) but these BBQ potato skins would make you a lot of friends at your Super Bowl party. 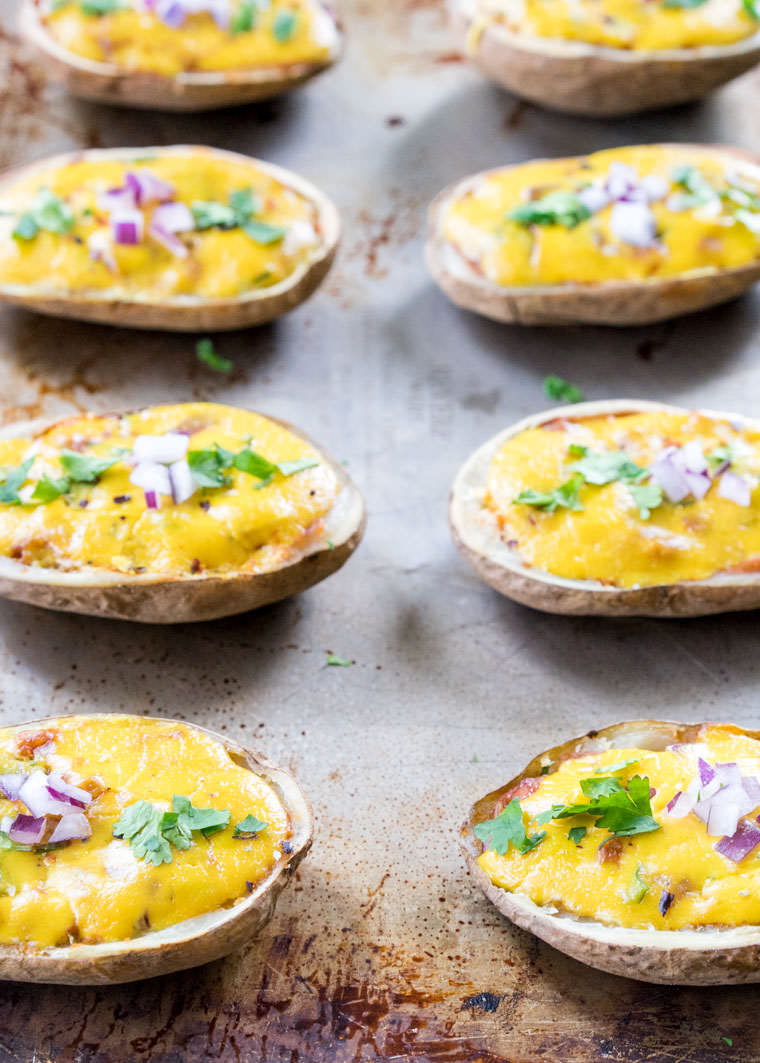 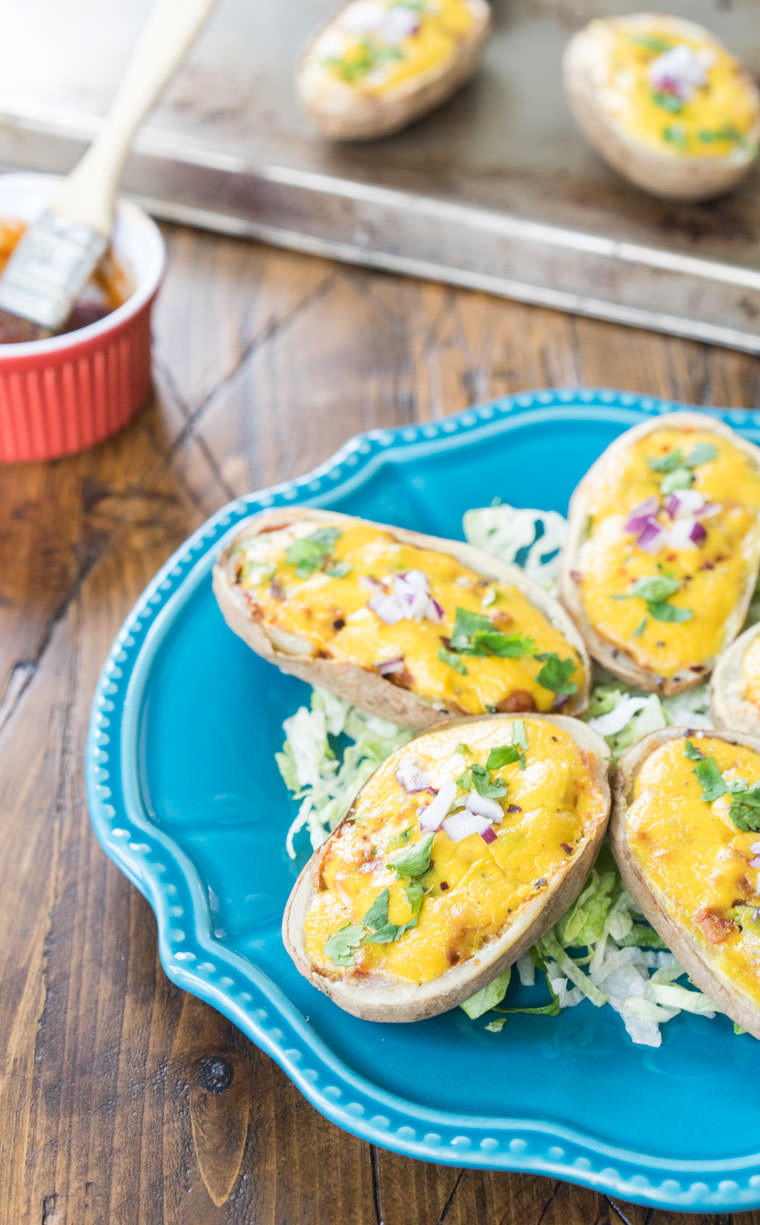 Prep: Soak the 2/3 cup raw cashews in fresh water for at least 30 minutes before blending into the cheese sauce (step 2).

Preheat your oven to 425º F. Rinse the 4 potatoes, slice them in half, add them face up on a baking sheet and loosely cover with foil. Pop these in the oven for about 60 minutes – allow the insides to fully cook, but remove before they begin to burn.

Meanwhile, make the cheese sauce. Drain the cashews of their soaking water and add them into a blender with 1/2 cup of water (to start) and the lemon juice, garlic, smoked paprika, nutritional yeast, salt, and turmeric. Blend on high and continue adding just enough water until you have a thick sauce. Give this a taste and feel free to add more seasonings if needed. Refrigerate in a sealed container until ready to use (can be made up to 2 days ahead of time).

When the potatoes are nearly finished, begin sautéing some tempeh. The idea is to make a meat-like filling by crumbling the tempeh into small pieces and sautéing over medium heat with about a tablespoon of each: bbq sauce, soy sauce, and maple syrup until the sauce reduces (5 minutes) and the crumbles are coated in the yummy glaze. 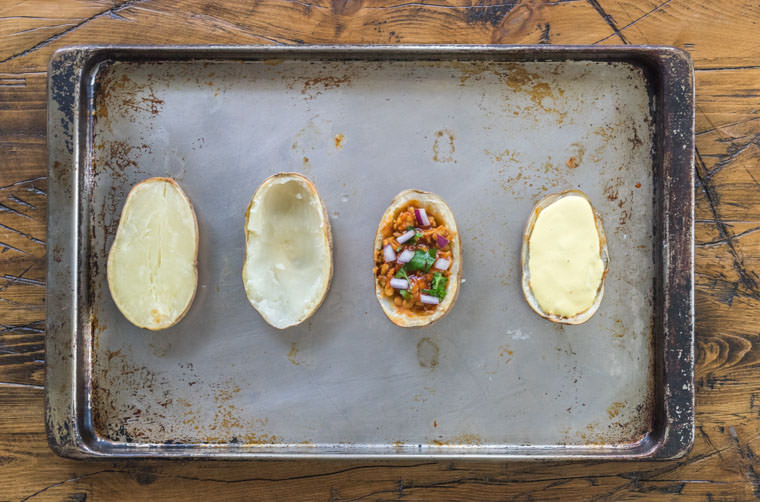 When the potatoes have been cooking for about an hour, remove from the oven, allow to cool slightly, then scoop out about 50% of the filling from each and set aside for something else (mashed potatoes?). Then, drizzle a little BBQ sauce into the pocket of each potato half, fill with the tempeh mixture, add a few pieces of cilantro and some red onions. Press these down firmly so that the filling is level with the edge of the potato, and finally spoon some cheese mixture over top, to cover the filling.

Return these to the oven at a lower 350º F setting for about 10-15 minutes. This is where the magic happens – cashew-based cheese tends to firm up when cooking (this is usually a bad thing), but here, it creates the most incredible cheddary texture / color / flavor that works perfectly on these potatoes. As the edges just start darkening, remove from the oven, top with a little more cilantro and onion (optional) and serve. 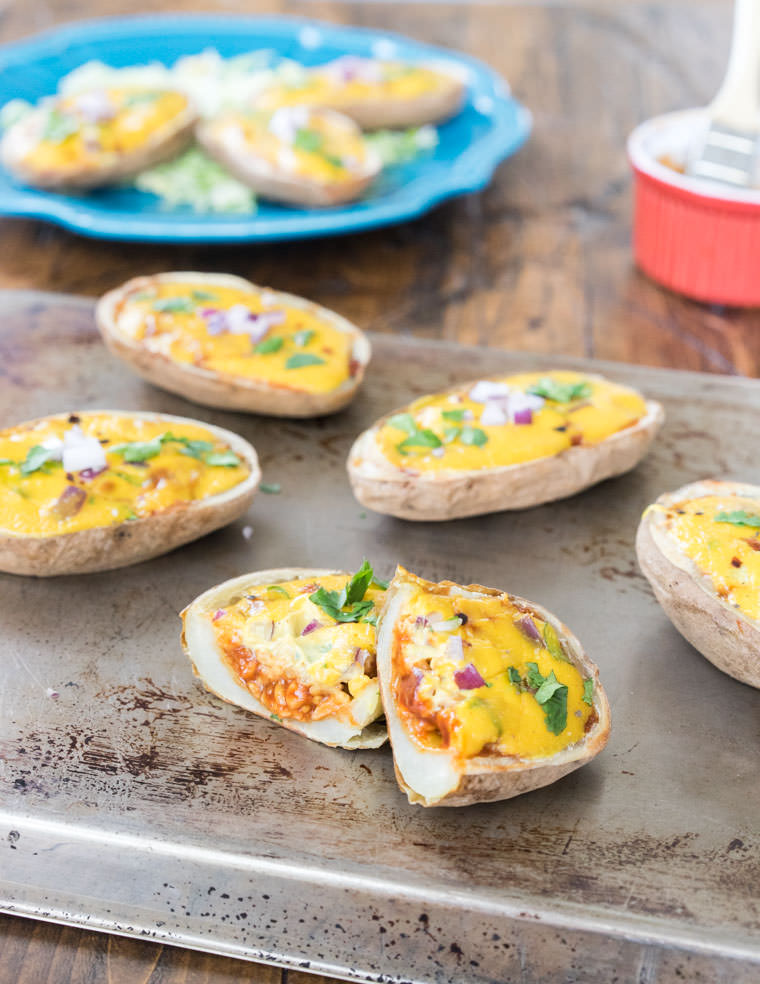 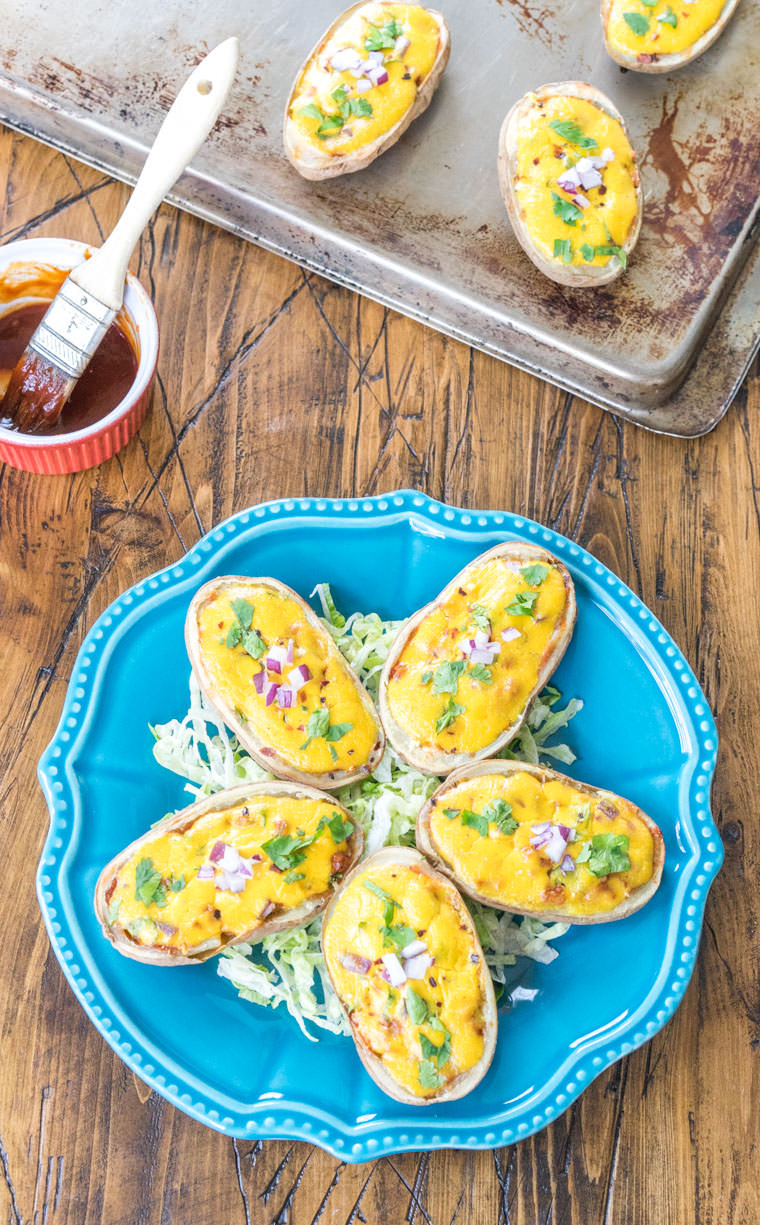 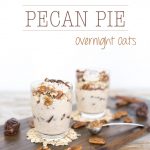 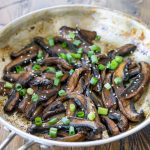