I love making homemade hash browns, but even in a non-stick pan, they always stick. Often, I would end up with more hash browns permanently affixed to the bottom of my pan than on my plate. Then the other day, I saw a picture online that showed how to make hash browns in a waffle iron and I immediately ran into my kitchen to try it. And… it worked! Not only did it work, but the hash browns were more perfectly cooked than in any other method I’ve tried, with virtually no oil, in 5 minutes, and nearly instant cleanup. Would it be too hyperbolic to say this discovery has permanently changed my life for the better?

So for this recipe, I wanted to celebrate my newfound hash brown cooking technique by kicking it up a bit. There’s the grated hash brown potatoes, of course, but we’re adding a bunch of other awesome ingredients like black beans and cheesy nutritional yeast to make this one epic breakfast hash brown waffle. 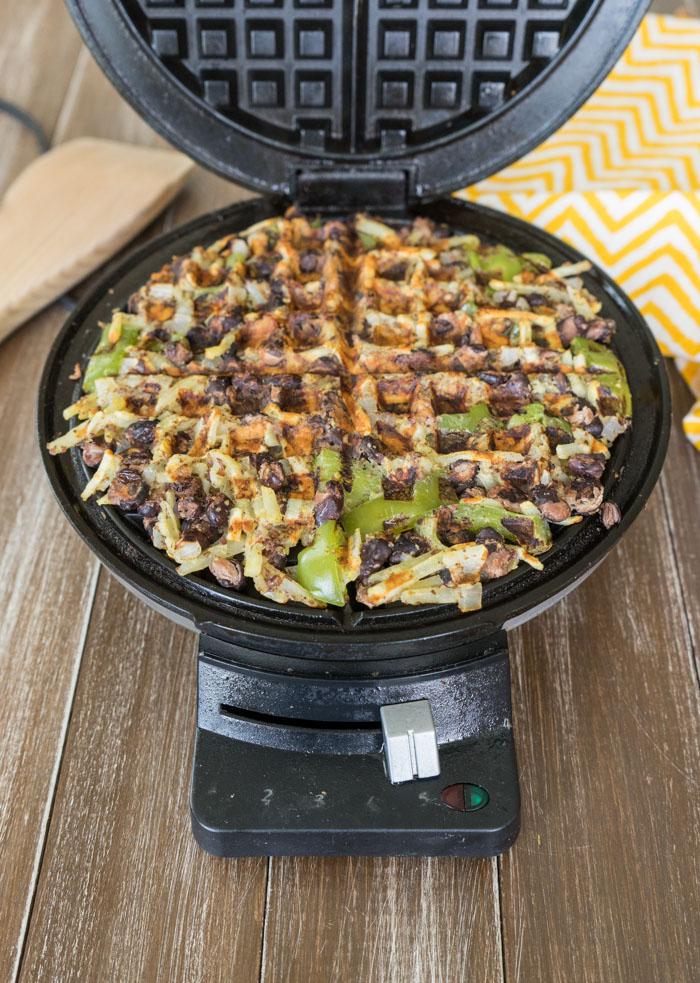 Gather all the ingredients. You can use frozen grated potatoes (easiest) or make them yourself by actually grating a potato or two. Either way, ensure that the grated potatoes are at room temperature so they are more pliable. Also rinse and drain a can of black beans, chop a green bell pepper, chop a white onion, and measure a few tablespoons of nutritional yeast (which adds a wonderful cheesy flavor), as well as some salt and pepper.

Start preheating the waffle iron and (optionally) add just a dab of vegetable oil to prevent sticking. Meanwhile, add all these ingredients into a mixing bowl and toss well. When the iron is hot, add a few handfuls of the mixture onto the iron, trying to spread evenly. It should be quite a bit thicker than typical waffle batter, as it will cook down.

Close the lid and press down firmly (ideally, set something heavy on top, like a mortar and pestle) to compact the ingredients. Allow to cook for at least 5 minutes (ignoring the signal that says the “waffle” is done). Open the lid occasionally to ensure it’s not burning. When the top is browned and crispified, the hash browns are officially done.

In full disclosure, it is nearly impossible to pull these hash browns out in one perfect waffle shape. I tried all morning to create different techniques that would hold together, using flax, flipping the iron upside down, etc. It didn’t work (but if you have any ideas, please let me know). The fact is, however, that these hash browns are more perfectly cooked than any other method I’ve used and the cleanup is almost nonexistent. Take one bite and it won’t matter if they’re scrambled together or shaped like a waffle.

NOTE: as readers have suggested, adding 1-2 tablespoons of whole wheat flour to the mixture before cooking will result in waffles that are much easier to remove in one piece. Thanks, guys!

Optionally top with salt, pepper, and some salsa or hot sauce for a pretty incredible breakfast. 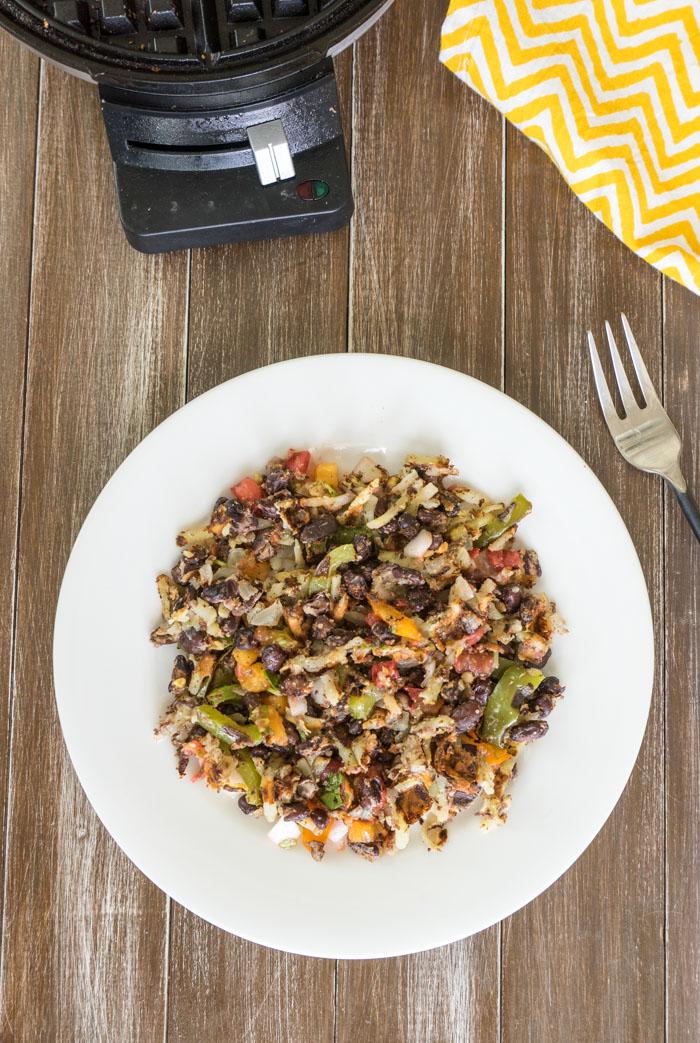 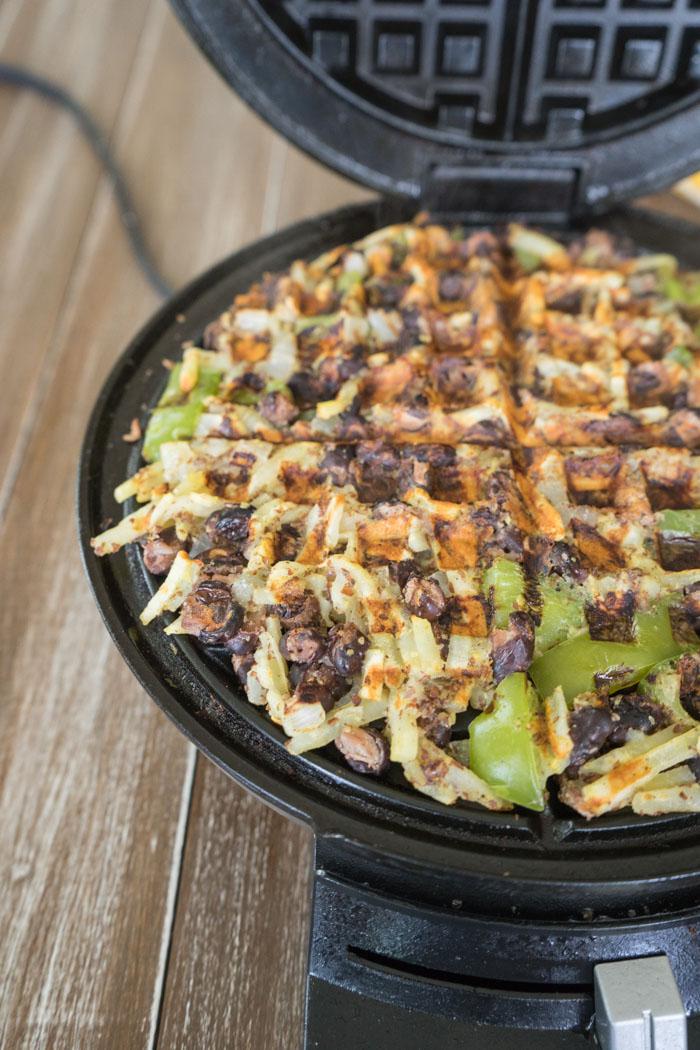 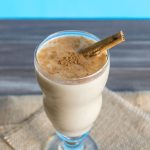 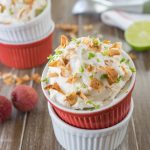