I know many of you have been curious what my own diet looks like on a daily basis, so yesterday I thought it would be fun to keep a log (and take photos!) of everything I ate during the day. I chose yesterday because it was a bit more extreme – I did a 12 mile trail run in the morning so I ended up burning just over 3,000 calories for the day. I didn’t track my calorie intake, but it was pretty close to 3,000 as well. Let’s get into it! 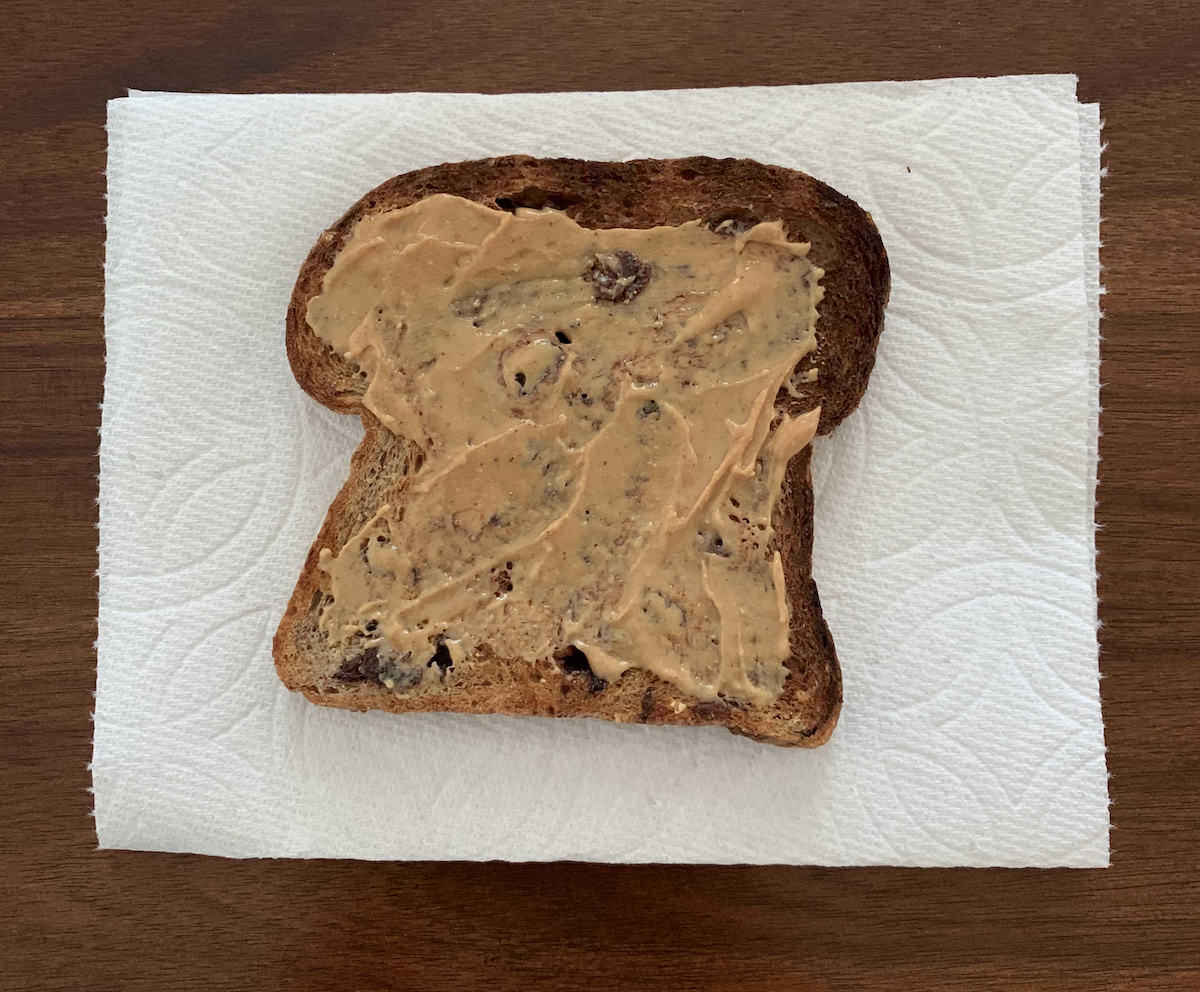 Normally, I don’t eat before I run. As long as I’m doing less than 12 miles, I will always run on an empty stomach, but I do like to eat a small amount of carbs and fat before longer runs to get my metabolism moving. I’ve experimented with pinole (which has become a cult classic on my blog), but a simple piece of Ezekiel toast and peanut butter works well. A little caffeine is also a big performance boost that I save for long runs, so I had a small amount of coffee with almond milk. 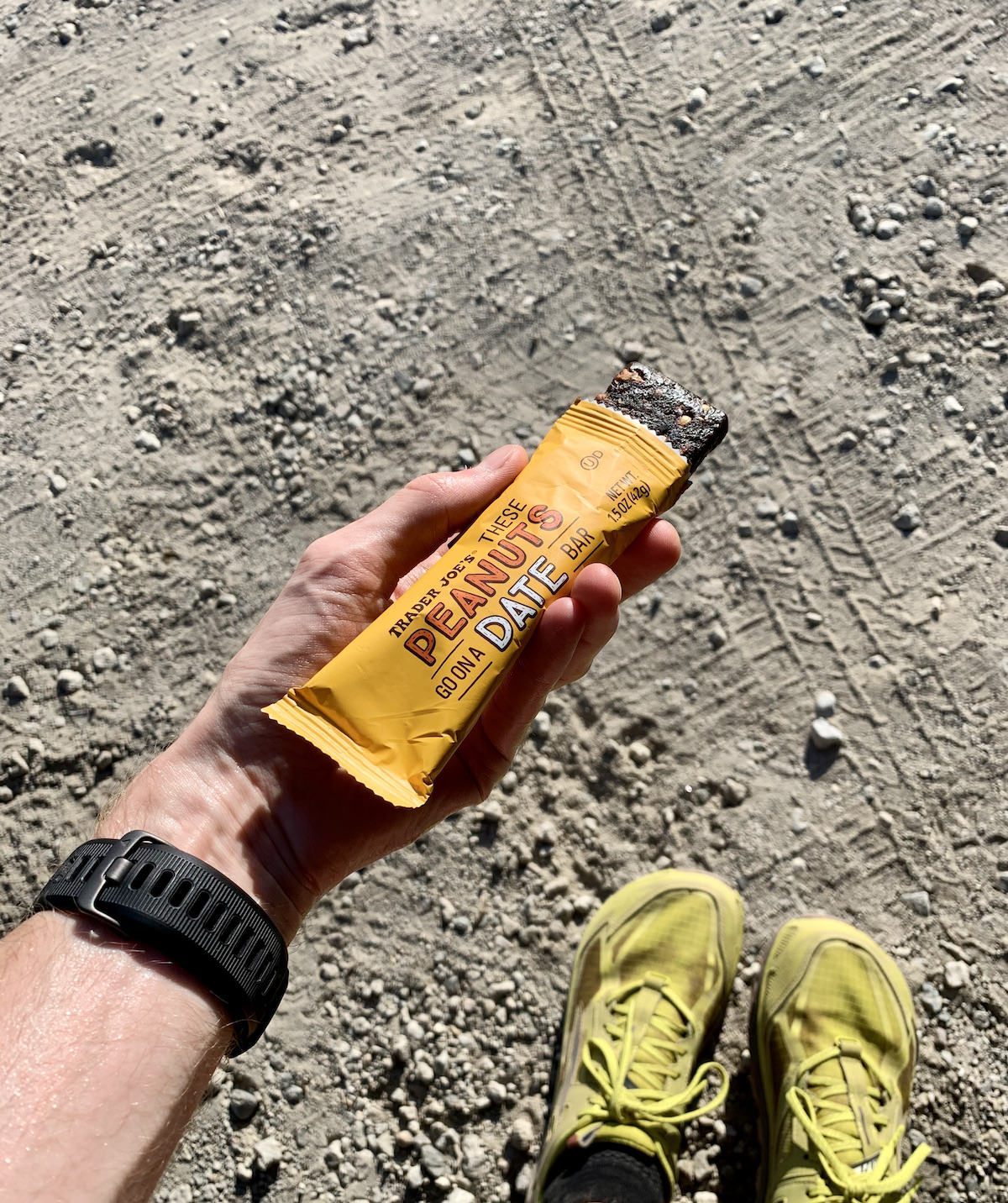 I was at the trail by 6:45 and did 12 miles as planned. I hadn’t done any runs over 10 miles in several weeks due to wildfire smoke and other factors, so it felt good. I’m also not training for any imminent races as the Leona Divide got cancelled. 9:06 seems like a terrible pace, but remember that this trail is literally called “The Beast” for a reason, and included 2,360 ft of elevation gain (236 flights of stairs!).

My favorite thing to eat on long runs is date bars like Larabars, or in this case a Trader Joe’s bar with two ingredients (dates and peanuts). SO much better than those artificial maltodextrin gels. If it was longer I would have slowly eaten the bar as I ran, but at only 12 miles I just saved it for the drive home. I also had a scoop of my favorite electrolyte powder (Ultima Replenisher) in a water bottle.

[P.S. I just learned that I can embed my Garmin tracks right onto my blog, which is pretty cool. You can even click on it to see the full breakdown of my run if you’re curious.] 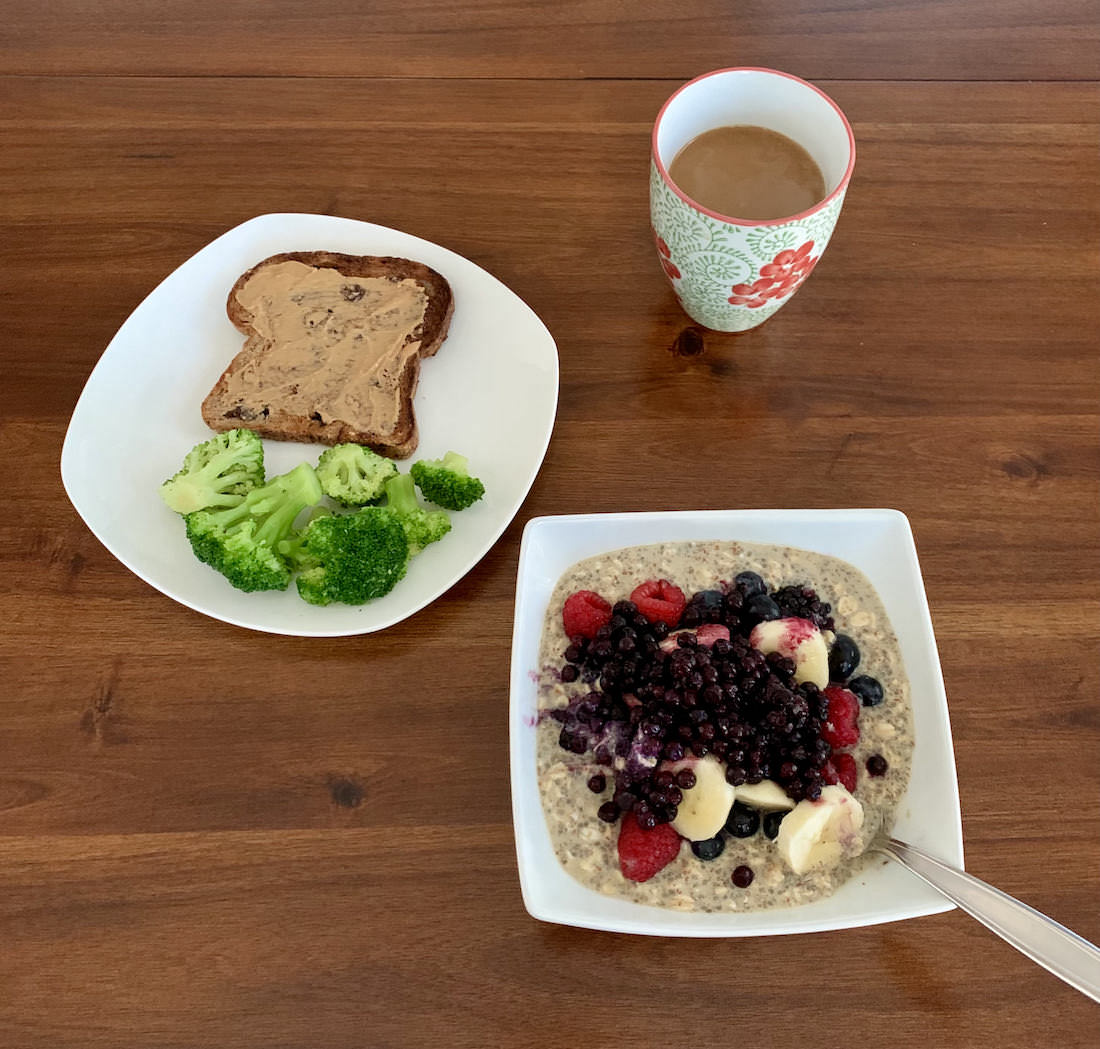 Breakfast was nothing unusual. Coffee. Another piece of toast. Broccoli. Chia pudding. A mountain of fresh berries, frozen berries and half a banana. Last year I wrote about how I eat the same breakfast every day and as you can see, that hasn’t changed at all! The chia pudding with berries that I make each morning is so good. I won’t get into that here because the link above has the recipe and much more detail. Breakfast is my favorite meal of the day, I’m always sad when it’s gone. 🙂 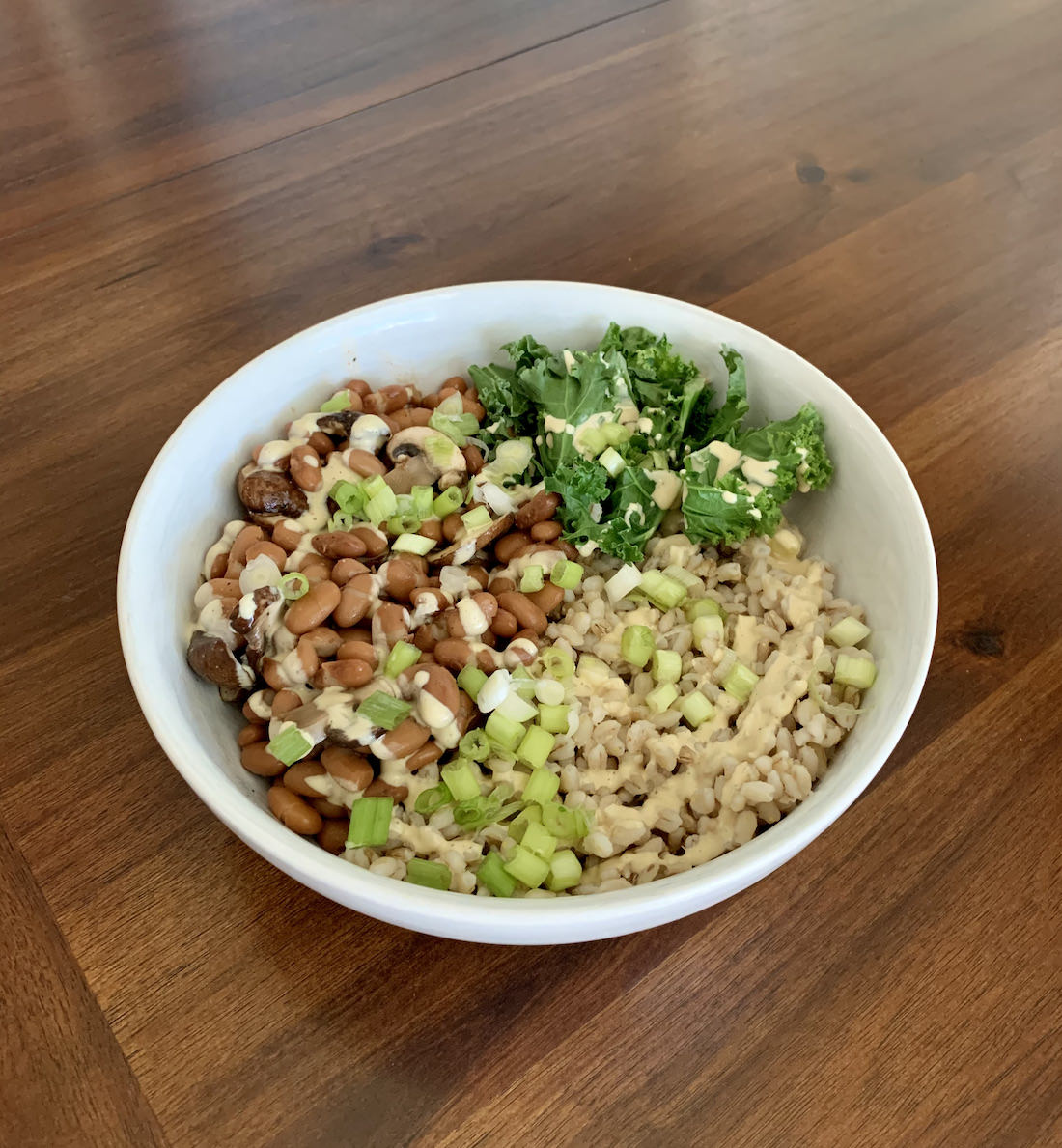 I had some leftover barley (my favorite grain these days) so I used that as a base for a big bowl of whatever I could find. I warmed the barley with a bunch of chopped kale. Then I sautéed some crimini mushrooms with nearly a whole can of pinto beans and some garlic powder & paprika. Then I topped it with leftover cashew cream (like this smoked paprika ranch) and a chopped green onion. I just threw together whatever I had. It looks a lot smaller in the photo – this bowl was really big and filling. 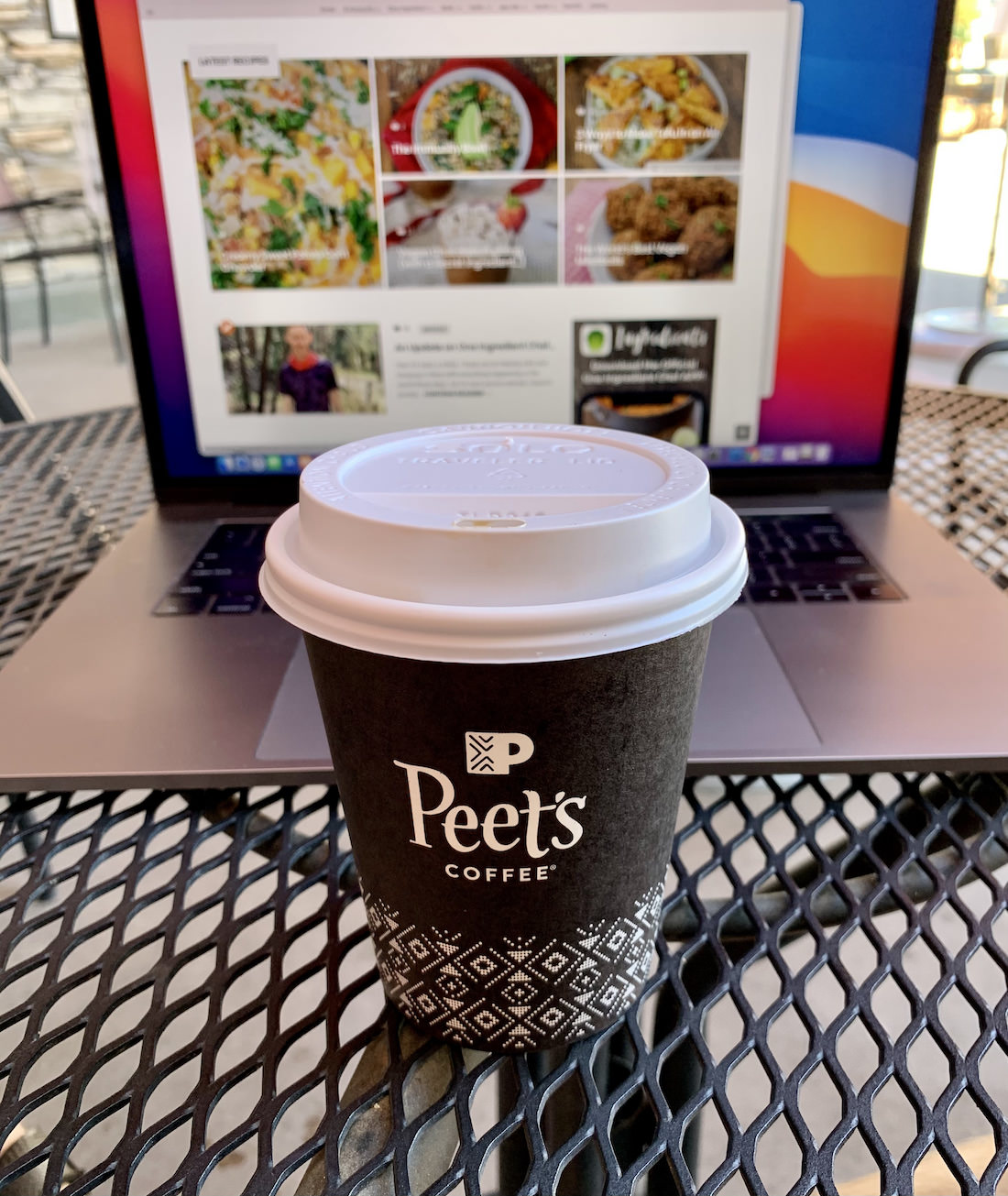 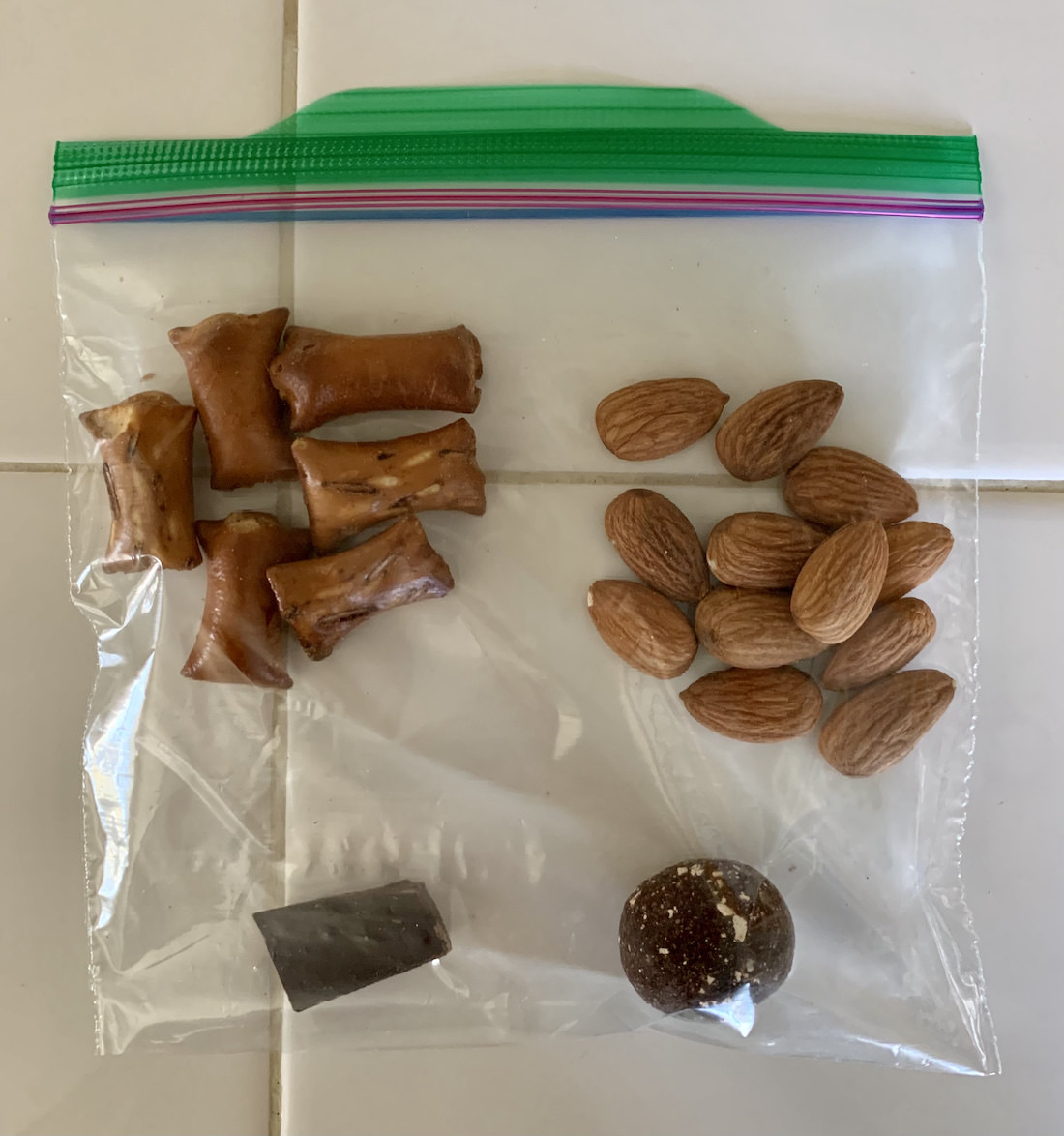 In the afternoon I went to my favorite Peet’s coffee shop (where I have to sit outside in 100º temps because indoor seating is closed due to COVID…) to do some work and had a small Americano (2 shots of espresso with hot water) with a splash of almond milk. I also had a bag of snacks, probably the least healthy stuff of the day, not all One Ingredient approved, but those Enjoy Life raspberry chocolate protein bites (basically just raspberry chocolate truffles) are sooo good. They’re available at Trader Joe’s but don’t buy them, you will regret it… 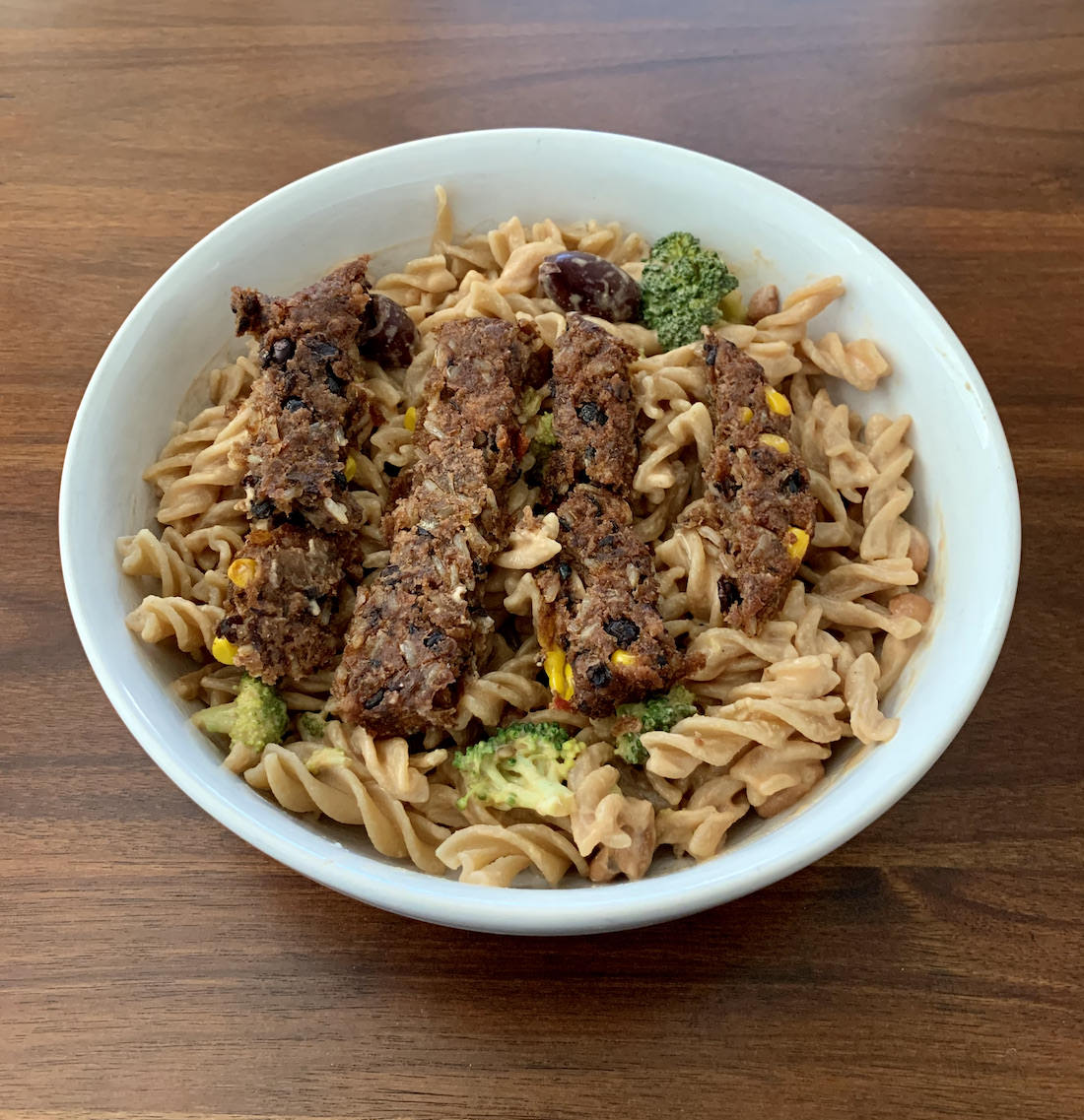 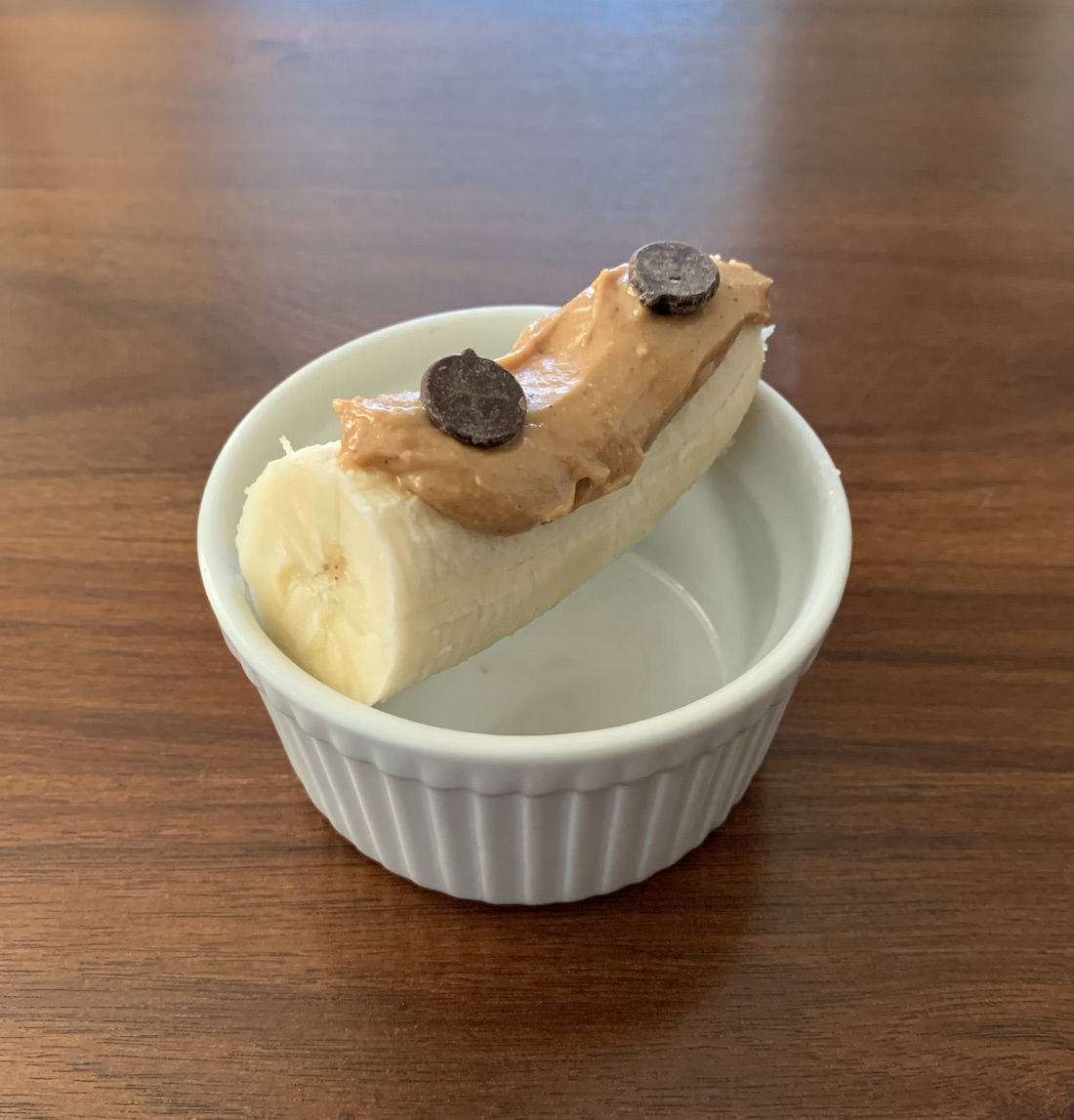 One of the strangest pasta sauces I’ve ever made. It was just a random “kitchen sink” kind of thing where I threw in some more of that cashew sauce with tomato paste to make a pink sauce, plus broccoli, Kalamata olives, a few pinto beans left over from lunch, water, and nutritional yeast to thicken it. Random, but not bad. I poured that over a full half bag (8 oz / 800 cal) of whole wheat fusilli pasta and then added a Don Lee Farms veggie burger from Costco (my favorite veggie burgers, not exactly  “one ingredient” but not too heavily processed, either) on top. I was a huge dinner, well over 1,000 calories and I was pretty full… but then I had the other half of my banana from breakfast with peanut butter and two dark chocolate chips. 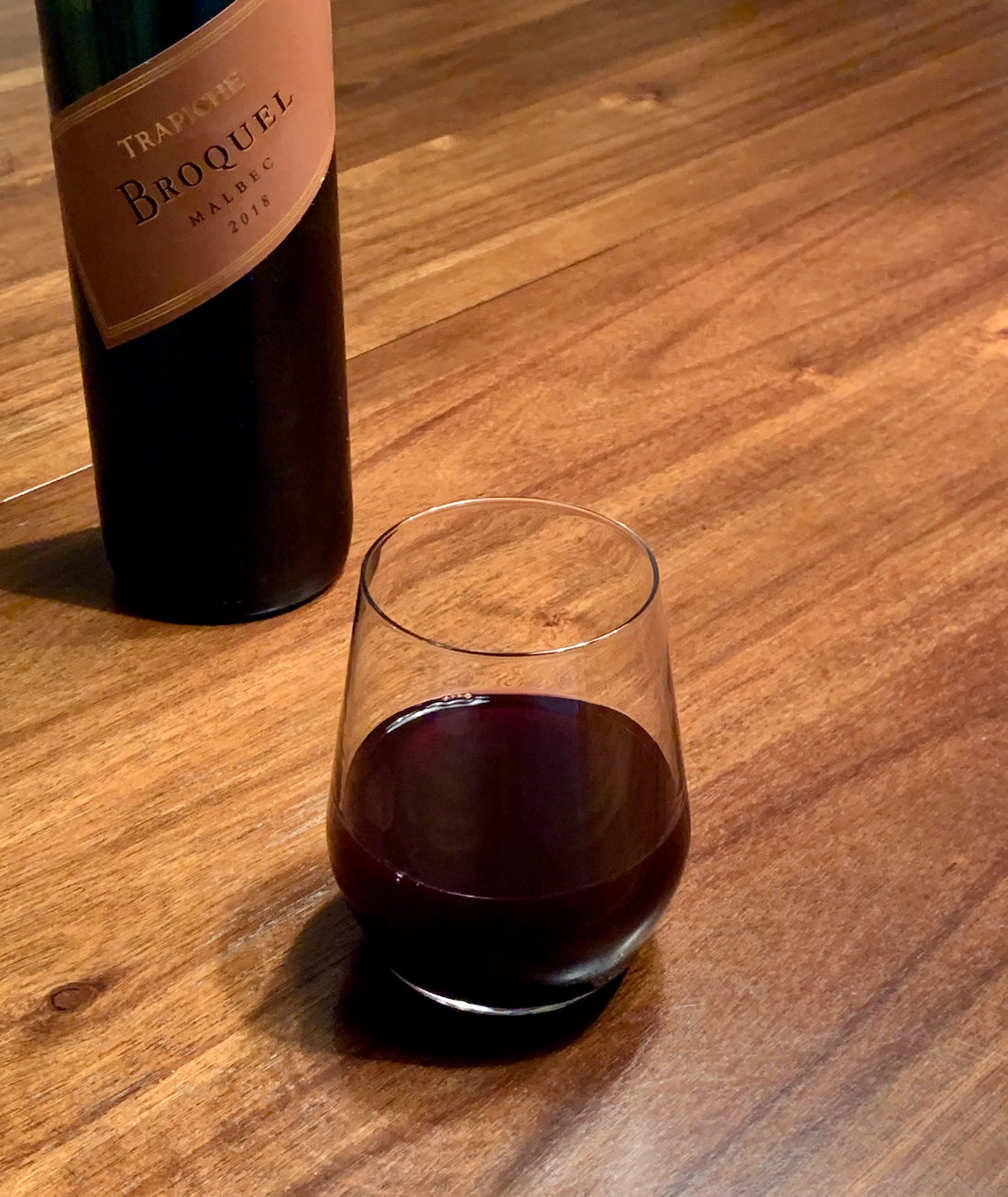 I typically eat a small snack at around 8:00 pm (air popped popcorn / Ezekiel toast / berries / etc.) and then fast for 12+ hours, but I was so full from the gigantic dinner that I skipped the snack and just had a glass of a pretty mediocre Argentine Malbec. Wine is one of my greatest passions, so even though there are health risks with alcohol, I’m willing to have a glass on many evenings because the tradeoff is worthwhile to me.

That’s all for today, guys! This was something totally random and different… I hope it didn’t bore you to death 🙂 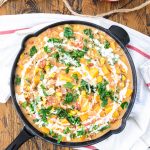 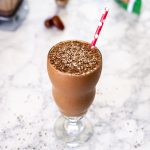