Okay, so I know it looks like I’ve completely lost my mind and started making super unhealthy pastries topped with caramel, but that’s not quite the case… While these caramel apple scones are all kinds of sweet and delicious, there’s also a bit of magic happening behind the scenes that makes them nearly guilt-free as well. We’re using whole wheat flour, replacing much of the oil with applesauce (which is a natural fit in these apple-flavored scones), and because of the sweet date-based caramel sauce on top, we can keep the sugar content of the scones down. Oh and this icing. It’s completely natural, made almost entirely from dates, takes 2 minutes, doesn’t need to be cooked, and it tastes every bit as good as a *real* caramel sauce. Amazing. 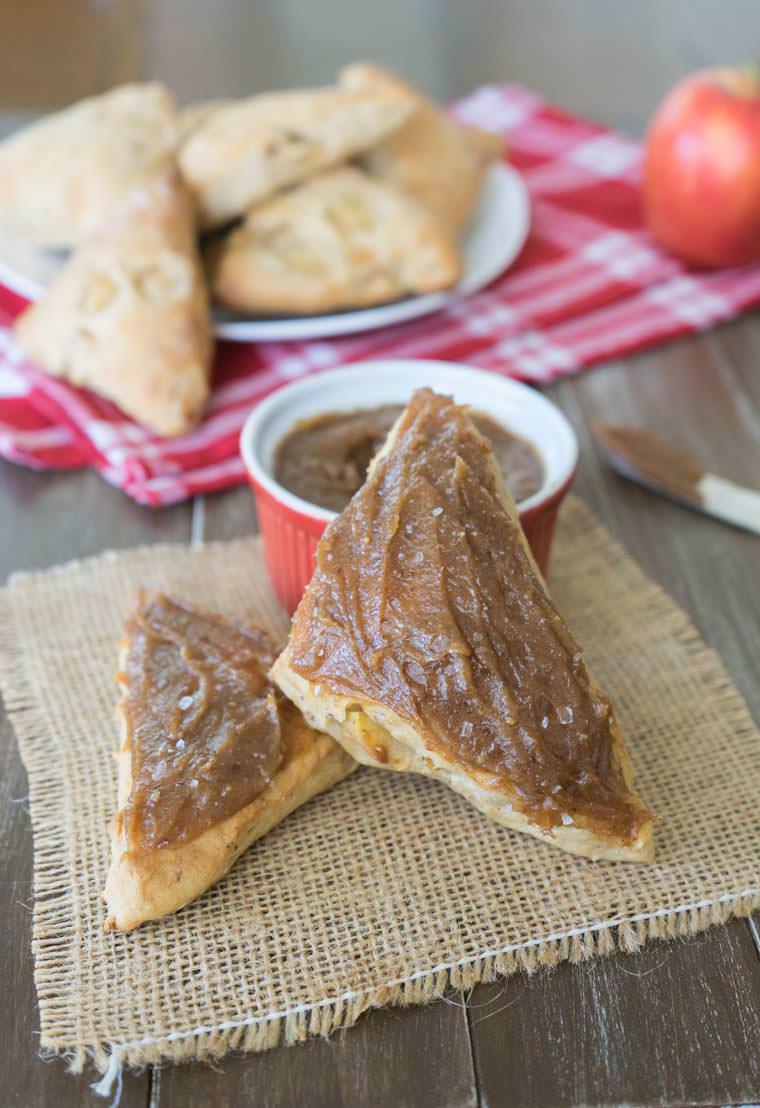 As with nearly all my baking recipes, we’ll replace the egg with ground flax. To make, stir together 1 tablespoon flax with 2 tablespoons water in a small bowl and set aside for 10 minutes until it forms a gel.

Dice one red apple and add to a small skillet with 1 teaspoon of cinnamon, 1 tablespoon of maple syrup, and 2-3 tablespoons of water. Let these simmer into little bite-sized cinnamon apples while preparing the scone batter.

In a large bowl, sift together the dry ingredients (flour, baking powder, salt, and the other 2 teaspoons of cinnamon). Next, combine the almond milk, apple sauce, coconut oil, sugar, vanilla, and our “flax egg” in a saucepan and warm just until the coconut oil and sugar are dissolved.

Carefully pour the wet mixture into the dry ingredients and use a wooden spoon to gently combine. Also at this time, drain those cinnamon apple bits and add them into the batter as well. Be careful not to over-mix, as that will develop too much gluten and result in rubbery scones. This will be very thick, but you should be able to form it into one solid ball of dough. If not, add 1-2 teaspoons of almond milk and try again. (This should NOT be sticky).

Lightly-flour a surface on your counter and roll the dough out until it’s about 1/2 inch thick. Then, use a sharp knife to cut these into triangles or any other shape you want. Dust the tops with cinnamon, then add to a parchment-lined baking tray for about 15 minutes, or until the tops just start to brown.

Remove from the oven and allow to cool before icing. 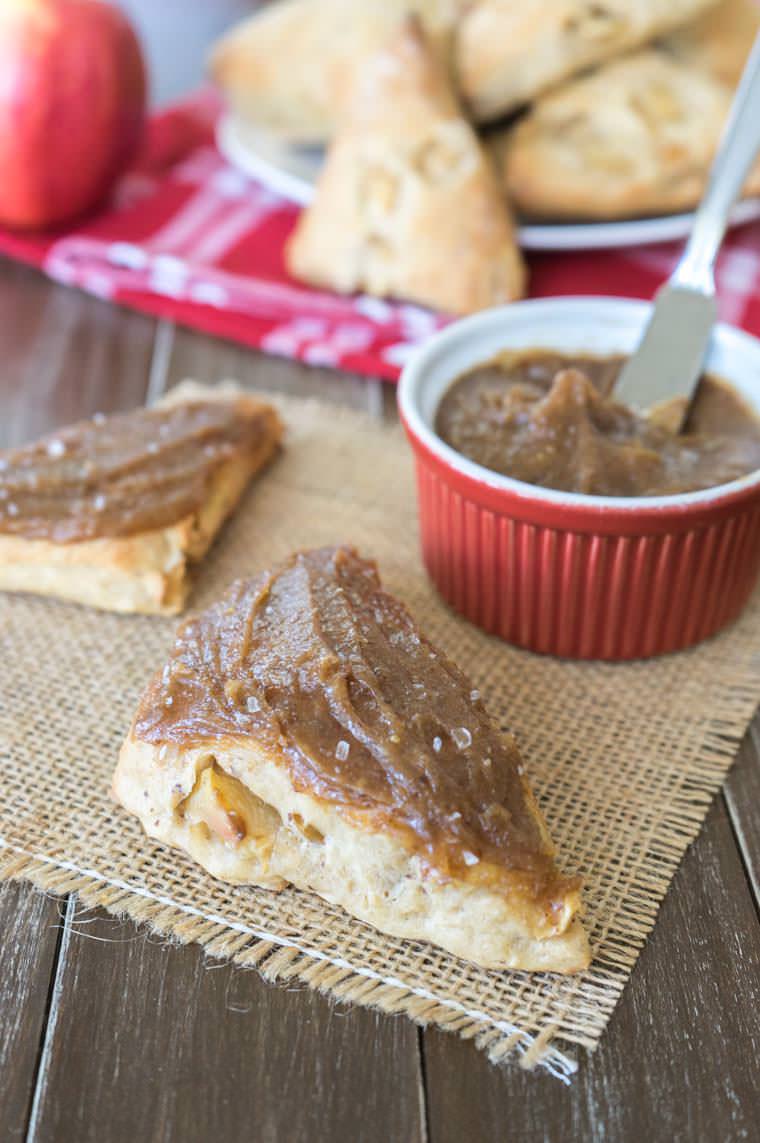 This vegan no-bake caramel icing is modified from a recipe I found on Damy Health. I took her recipe for raw vegan caramels (which are insane) and just thinned it out a bit to create an icing consistency. It tastes just like caramel, but is made primarily with dates and is totally One Ingredient approved. Amazing.

To make, simple combine all the above ingredients in a food processor or blender (don’t forget to pit the dates!) and blend until totally smooth. If it needs to be slightly thinner to spread as icing, add a teaspoon of non-dairy milk at a time until just right. You can make this ahead of time and store (refrigerated) in a sealed container for up to 5 days. 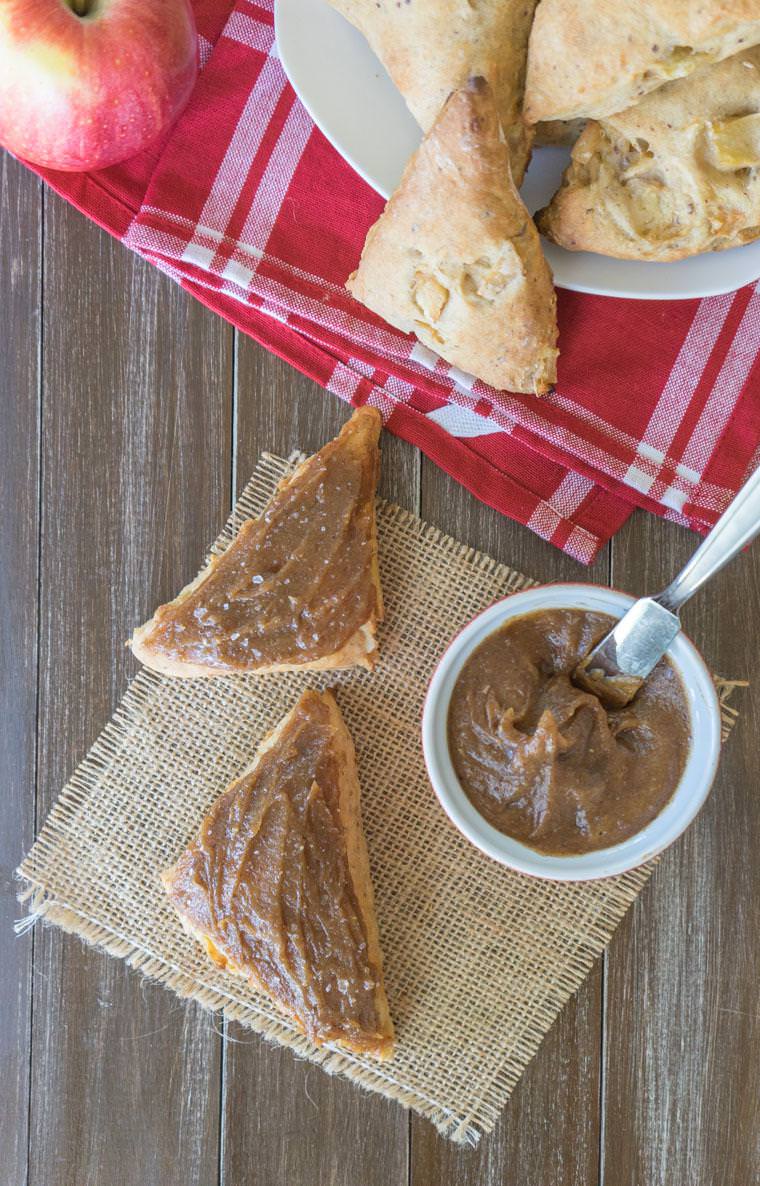 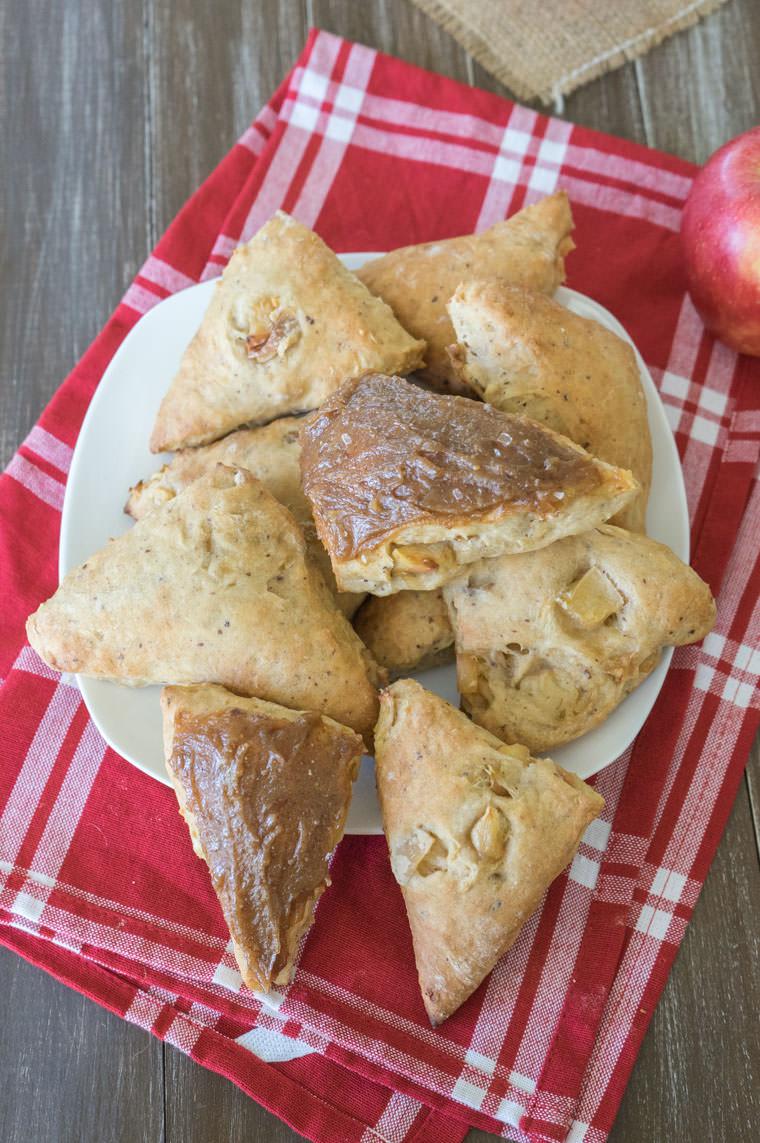