A few years ago, I made something called the 8-minute black bean soup and it was a big hit. I’m not sure anyone actually managed to make it in 8 minutes (I think the best I heard was about 12 minutes), but nevertheless it was super-fast to make because you simply dumped a can of beans into a pan with some spices and stuff and called it a day. For what it was, it’s actually pretty good and I still make it occasionally.

But, obviously there’s only so much you can do to develop flavors in 8 minutes. I figure the only logical followup to that is the 8-hour black bean soup. This one’s made in a slow-cooker with dried black beans, which will taste fresher and have a ton more flavor than the canned variety. We’ll also add a bunch of other things too, like broth, plenty of veggies, corn, spices, and more. It really gets fun though when we start adding the toppings. Some cashew-lime sour cream, avocado, and cilantro will take this soup to a whole other level. 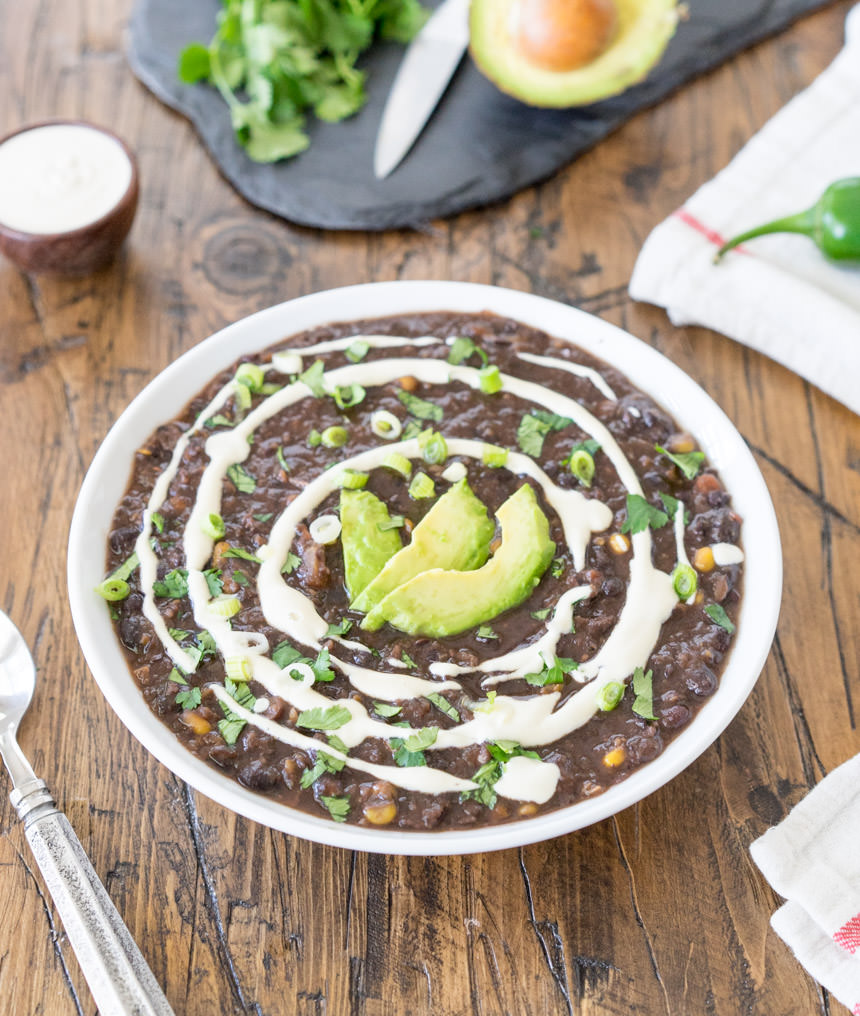 As a side note, while I was shooting the pictures I realized this would make a pretty killer bean dip as well. The only slight difference is to blend a little more in step two to make it thicker and smoother for a dip: 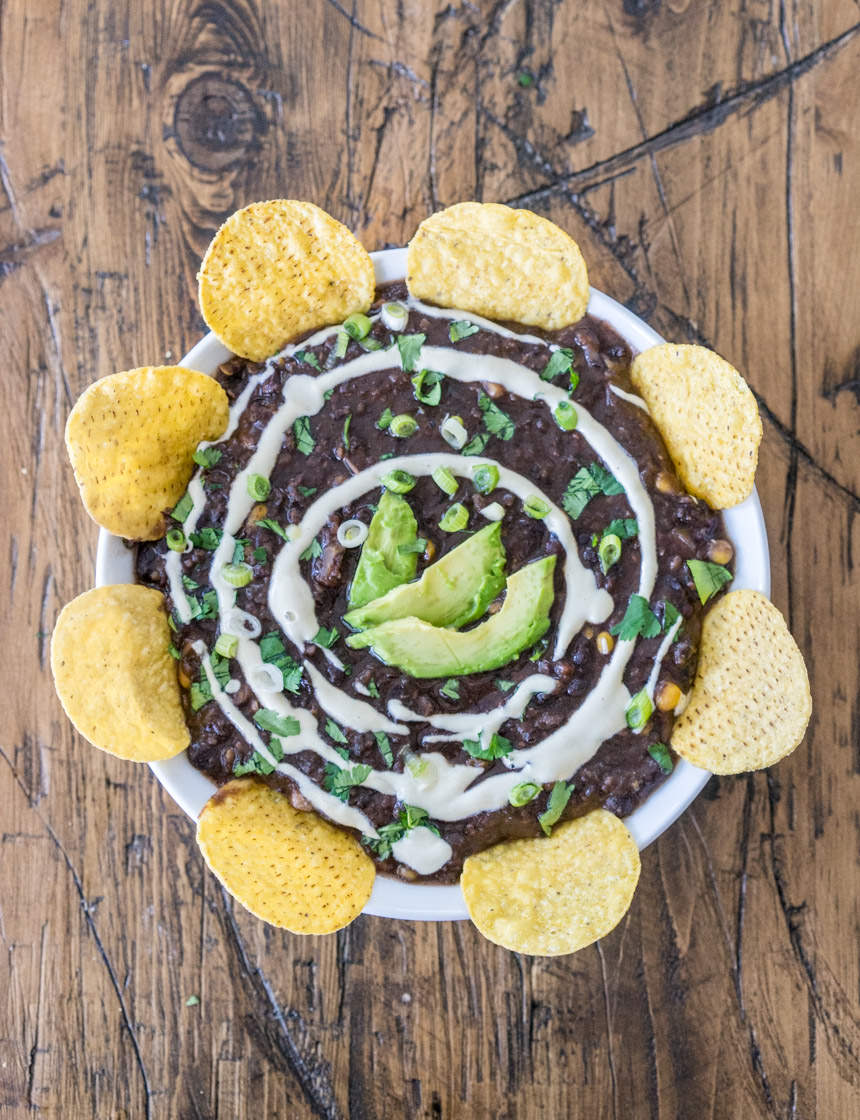 Prep: Soak the cashews for at least an hour before blending into cashew sour cream.

The greatest thing about slow-cooker recipes is the way you just throw everything into a pot and call it a day. That’s definitely the case here – add 16 oz of dried black beans and 6 cups of vegetable broth and water (I used 4 cups of broth and 2 cups of water) to your slow cooker. Then add the mirepoix (diced onion, carrots, and celery), some minced garlic, some fresh or frozen corn, and a minced jalapeño (optional), along with a generous dash of salt, pepper, cumin, and coriander. Turn it on low for 8 hours and the bulk of your work is done. Come back in 7 hours and we’ll talk again.

*Note that I didn’t add the can of tomatoes at the beginning. I remember reading that acid can prevent beans from cooking, so I added them later on.

I hope you had a good day! After 7 hours, it’s time to finish this soup. The beans should be fully soft now, so add in that can of diced tomatoes. Also, mash some of the beans to create a chunky kind of feel – you can do this with a few dashes of an immersion blender, or just with a large fork to mash against the sides. Again, if you’re making a dip, just mash a little more. Give the soup a taste. If it’s super bland, a bit more salt will fix it. You can also add more spices or whatever if needed.

The cashew cream is NOT optional. There’s basically no fat in the soup, so this rich cream with a little acidity from the lime takes things to another level. To make, drain the cashews of their soaking water and add them to a blender with a pinch of salt, 2 tablespoons lime juice, some nutritional yeast, and just enough water to make a thick cream. Blend until totally smooth.

To serve, spoon into bowls and top with everything you have – cashew-lime sour cream, cilantro, and avocado are not optional, but you might also want to add a little more jalapeño and some green onions. 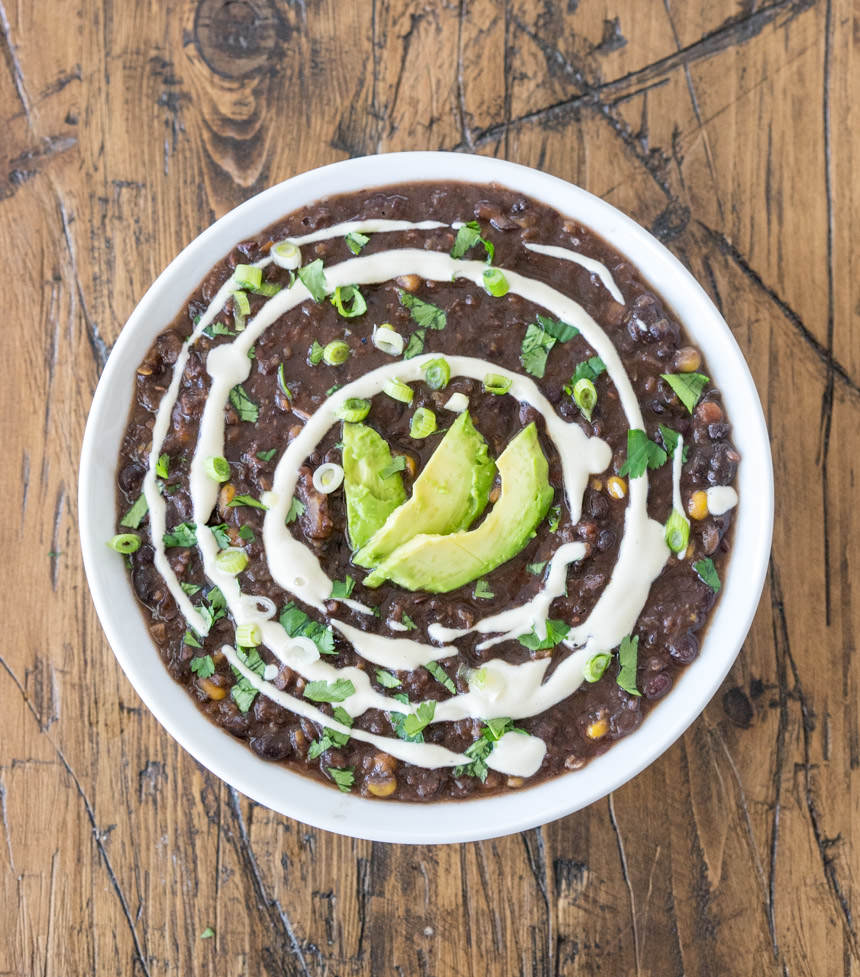 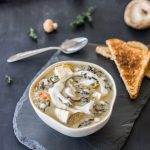 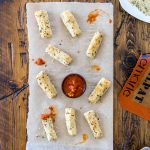