Almond flour isn’t something I use too often, but it’s a great ingredient. Since it’s just pulverized almonds, it isn’t a real flour that will absorb water and rise in backed goods, but combined with wheat flour, it adds a great flavor and rich but fluffy texture. Today, we’ll be using it to make a fluffy French Almond Cake, just like Julia Child’s. Except nothing like Julia Child’s. This vegan version is super easy to make, and strikes that perfect balance between being a healthy dessert (with plenty of flax and whole wheat flour) and tasty (with the rich almond flavors and maple glaze).

In the end, I divided the cake into single-serving ramekins which made them seem fancier, and paired them with a 30-second almond glaze from nothing more than almond butter and maple syrup. They’re an incredibly tasty dessert that can be made in less time than it takes to watch one episode of The French Chef… might I recommend serving these cakes at your next Champagne and coffee party in honor of the Queen of Sheba? 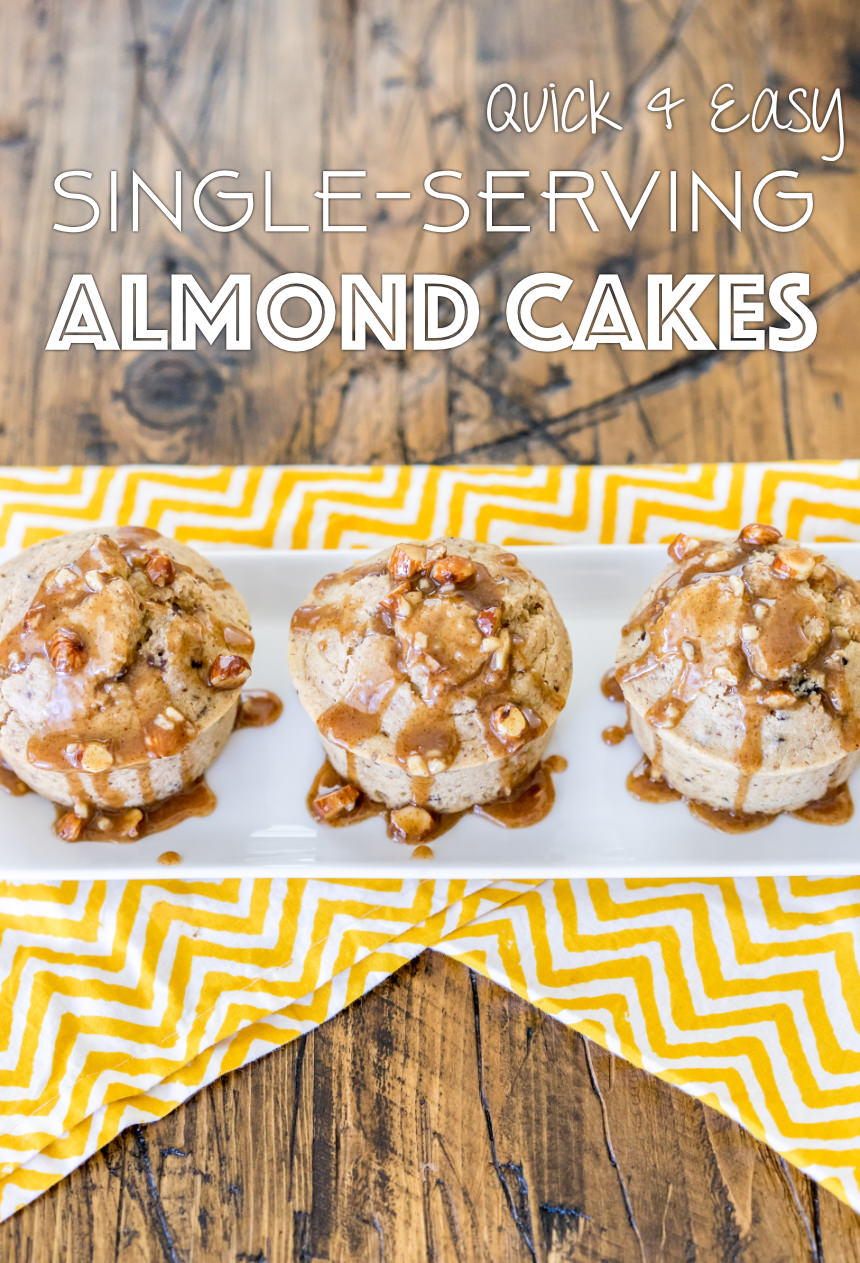 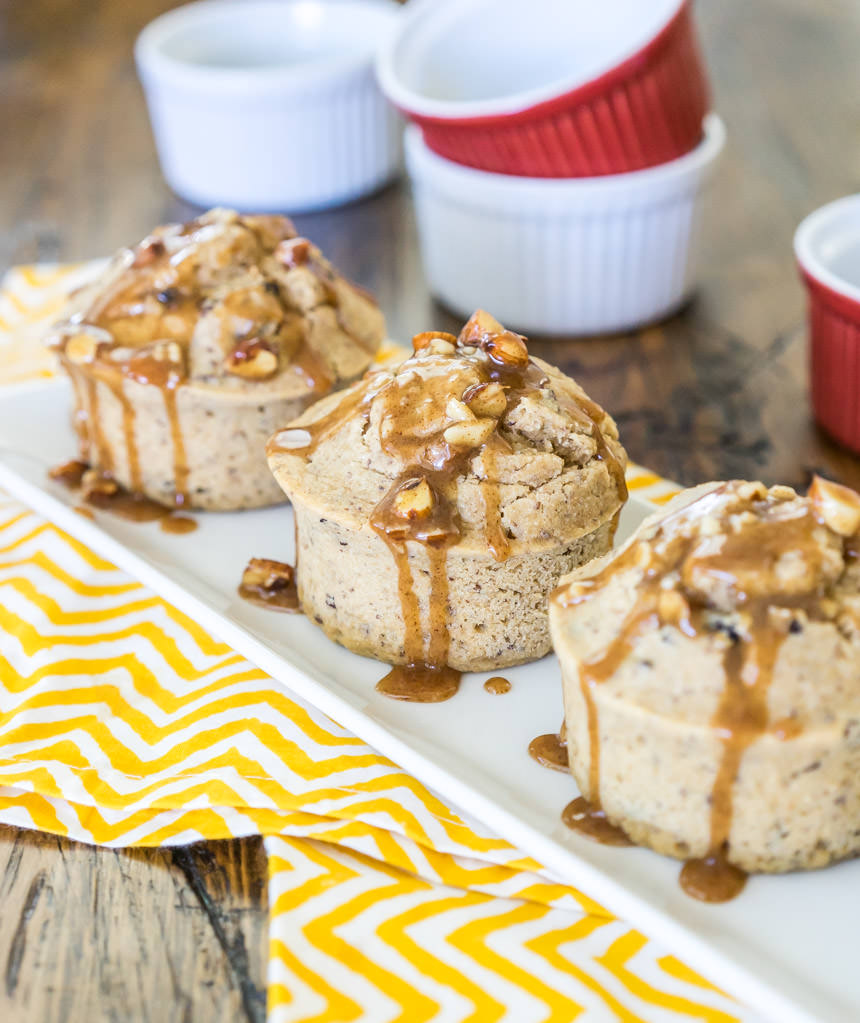 Make a “flax egg” by combining two tablespoons of ground flaxseed with 4 tablespoons of fresh water, stir together and allow to sit for 5-10 minutes until the flax forms a gel. This replaces an egg in the cakes and helps the batter hold together.

In a separate bowl or measuring cup, combine the wet ingredients – non-dairy milk, brown sugar (yes, sugar is wet ingredient), vanilla, and coconut oil (melt the coconut oil before adding). Stir these together.

Slowly pour the wet ingredients into the dry and gently mix together (as always avoid over mixing as the wheat flour will become tough and rubbery). A few tiny clumps are okay.

Grease 4 ramekins with a dab of coconut oil and divide the batter evenly between them. Then, transfer to the center of a 350º oven and bake for about 25 minutes, watch closely to prevent overcooking and remove as soon as a toothpick comes out clean. 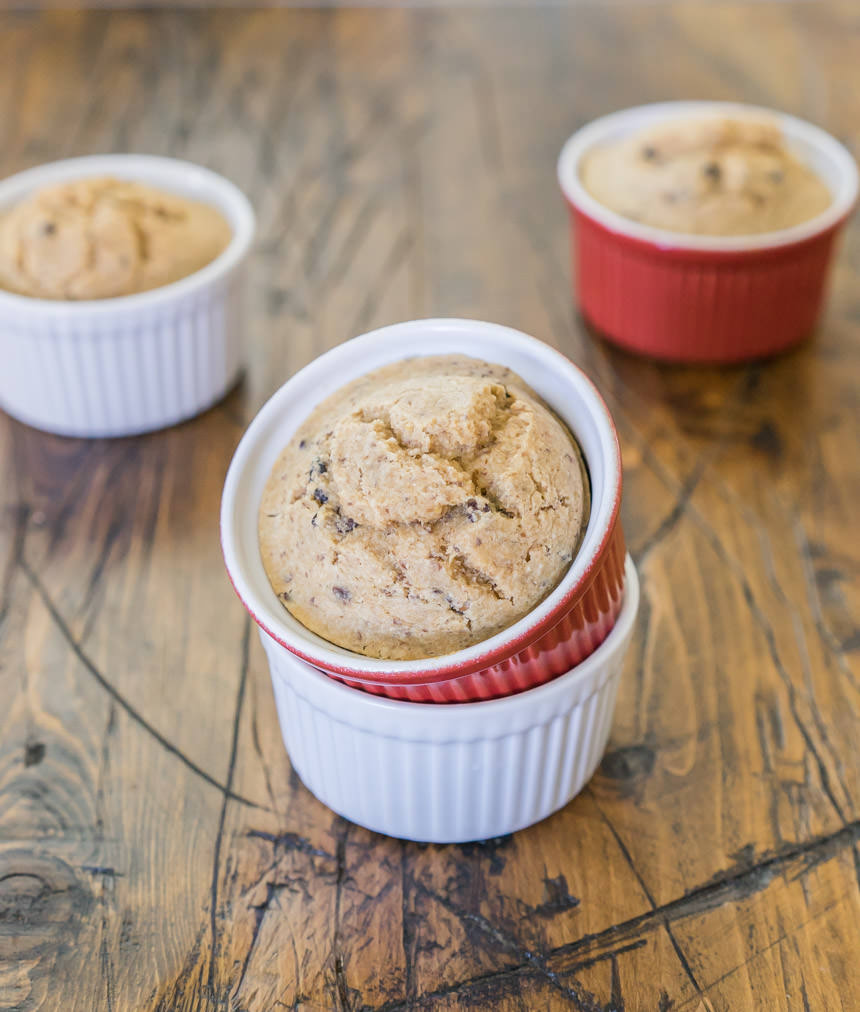 While the cakes are baking, make the glaze! Combine 1 1/2 tablespoons almond butter with 2 tablespoons of maple syrup and a handful of chopped almonds. Warm over low heat and stir until smooth. If the glaze feels too thick, simply add a teaspoon or two of water and stir until combined. 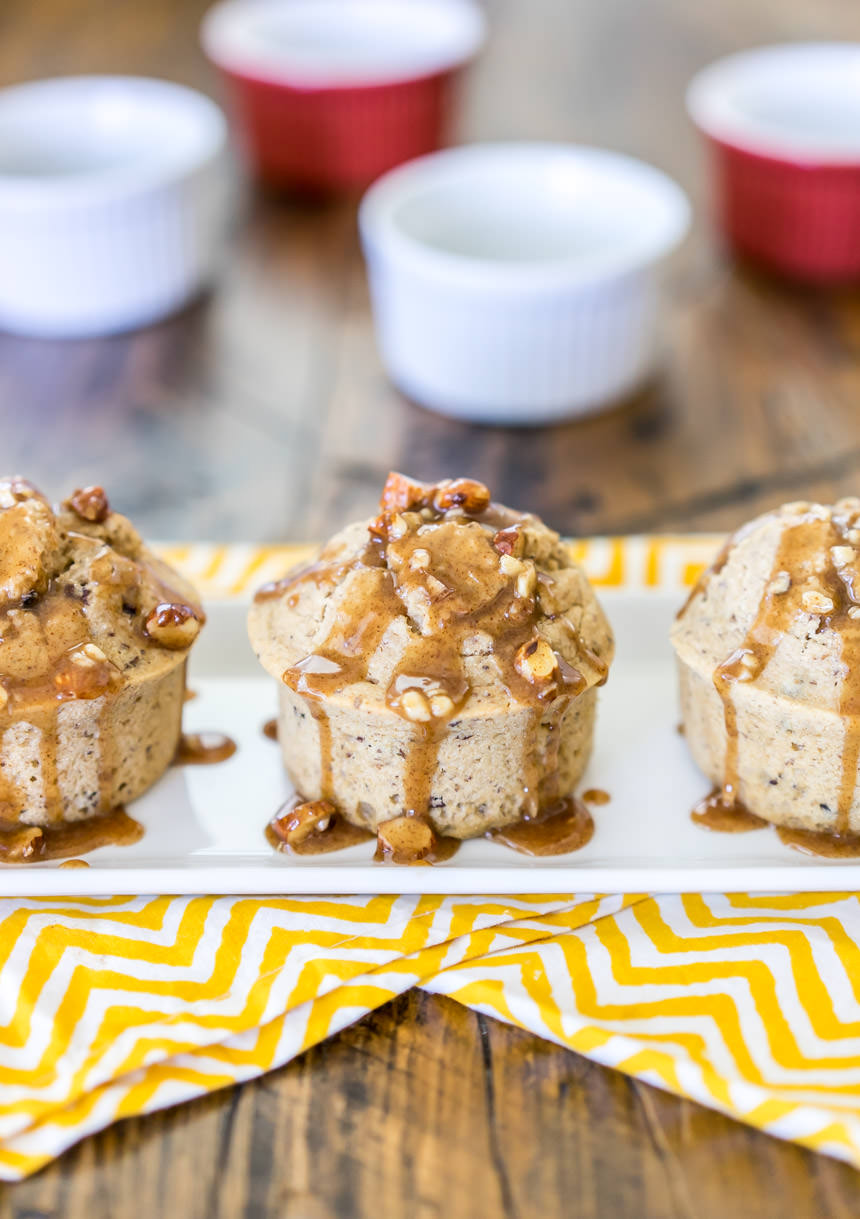 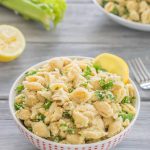 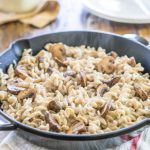