Nothing says Halloween quite like popcorn balls… well, except for pumpkins, and witches, and ghosts, and costumes, and full moons, and lots of other stuff too (why does this holiday have so many symbols?!). Nevertheless, popcorn balls are somewhere on that list! And this 10-minute, cinnamon bun version will make everybody at your Halloween party happy.

The brilliant thing about this recipe is coconut butter. Not only does it help create the sticky texture you’d expect from popcorn balls, it also adds a creamy cinnamon bun icing flavor when combined with vanilla and cinnamon. In all, they’re super delicious, slightly gooey popcorn balls that you don’t have to feel too bad about eating (no corn syrup, and not much sugar at all) and that you can make in a matter of minutes. 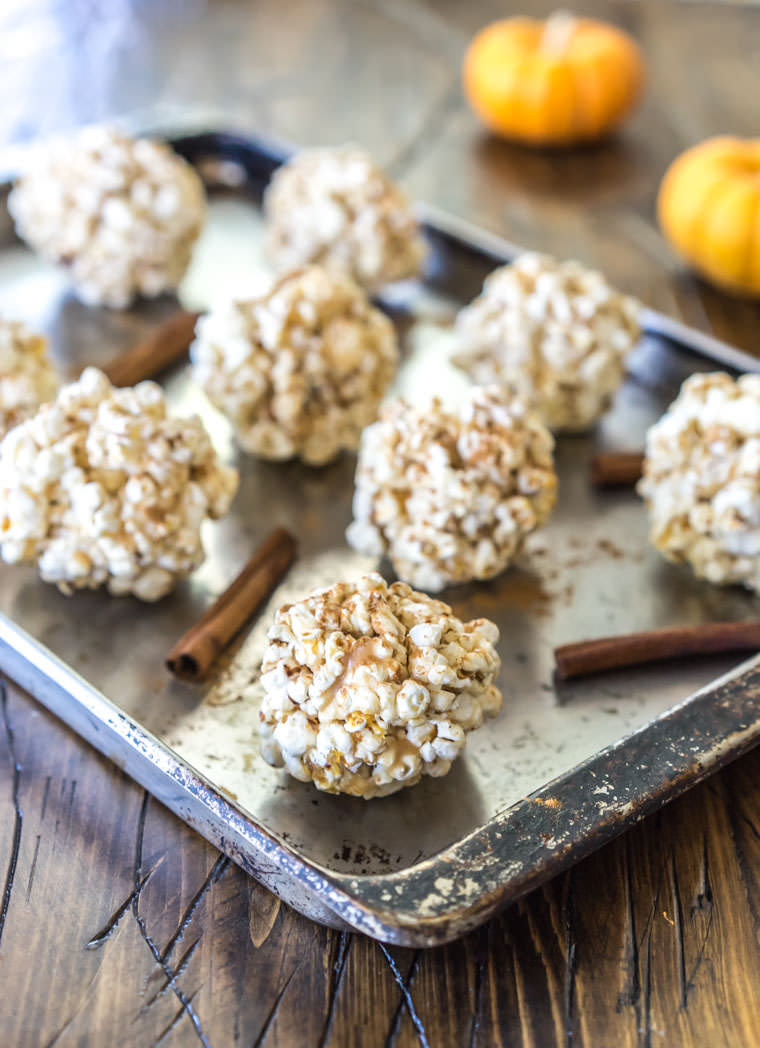 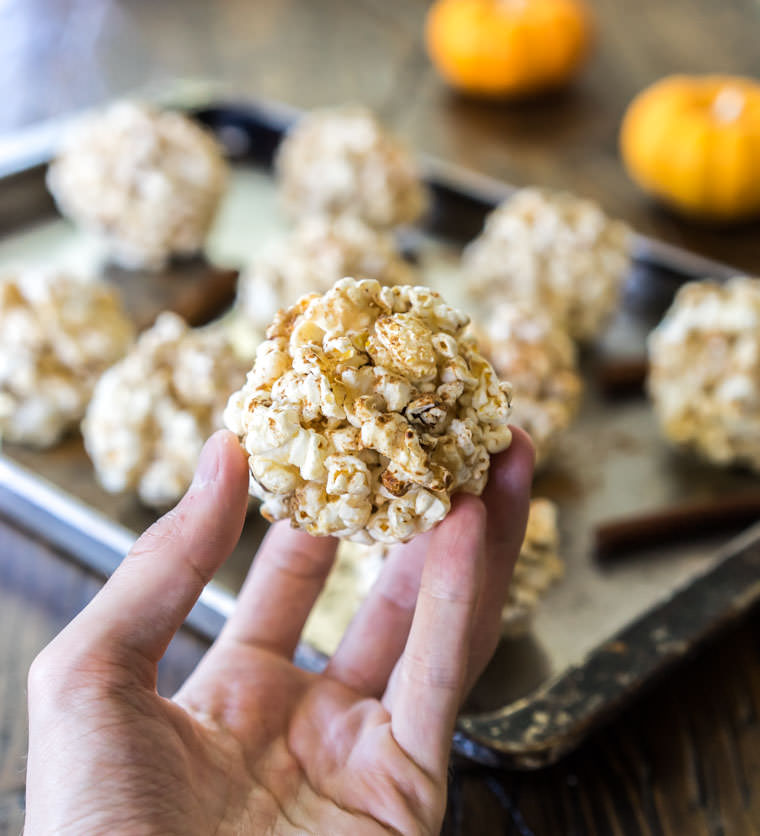 Combine the raw popcorn kernels (about 1/4 cup) with a tablespoon of coconut oil, a tablespoon of brown sugar, 1/2 teaspoon of salt, and 1/2 teaspoon of cinnamon. We’ll be adding much more flavors later on, but adding some right onto the popcorn as it cooks will boost the flavors bigtime. You can pop the popcorn using your favorite method – I have one of those weird Presto microwave poppers, but you can also use a brown paper bag in the microwave or even a large pot or wok on the stovetop. Once the popcorn is ready, set it aside: 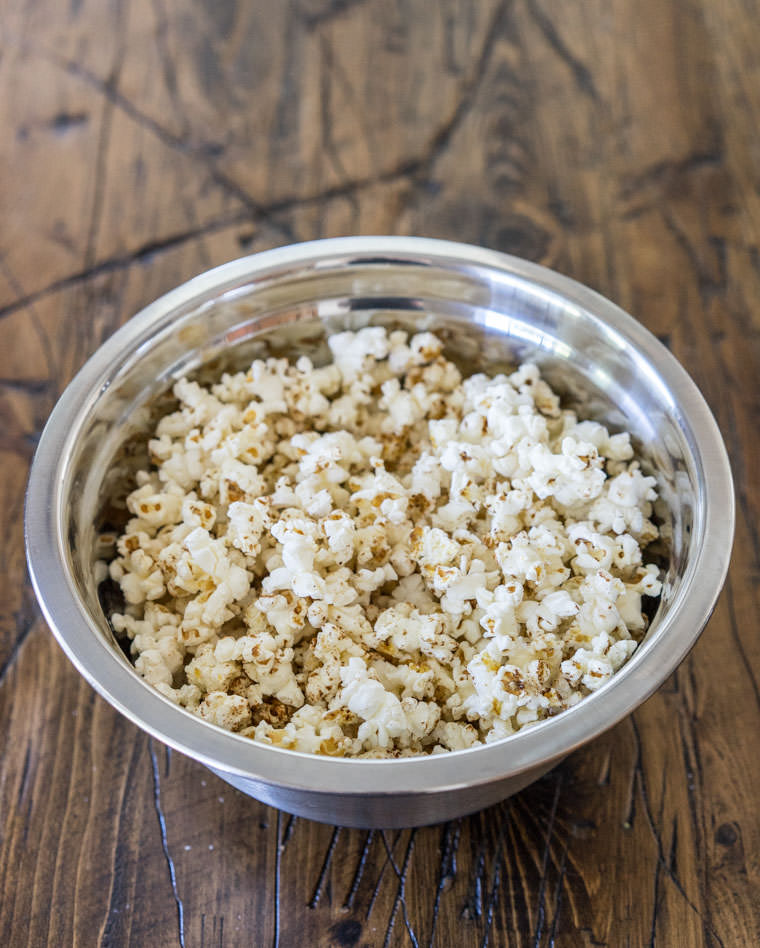 To make the sauce that will hold these popcorn balls together and give them their delicious cinnamon icing flavor, combine the following ingredients in a saucepan and warm over medium-low heat until everything is dissolved: 1/4 cup coconut butter, 1/4 cup brown rice syrup, 1 tablespoon coconut oil, 1 teaspoon vanilla, and 1/2 teaspoons cinnamon.

Grab the biggest bowl you have and dump in the popcorn, then slowly drizzle in the sauce while using a spatula to stir the popcorn to get a somewhat even drizzle. Then, use some clean hands to fully massage the sauce into the popcorn until everything is evenly coated.

Grab a big handful of the popcorn and use both hands to press very firmly into a ball shape. Place on a flat surface, like a baking tray, and continue until you’ve used all the popcorn. You can dust them with a little more cinnamon, if you want, and then pop in the fridge or freezer for about 15 minutes to firm up. After that, they can be stored on the counter for several days, or wrapped in plastic wrap and tied off on the ends, as shown. 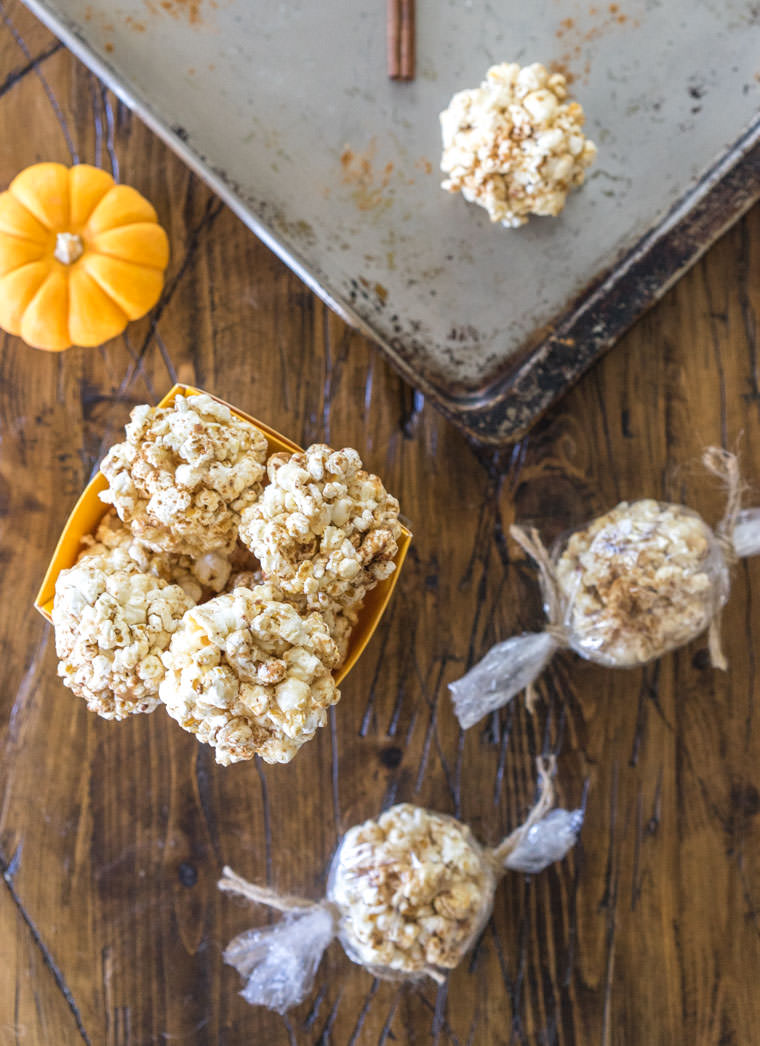 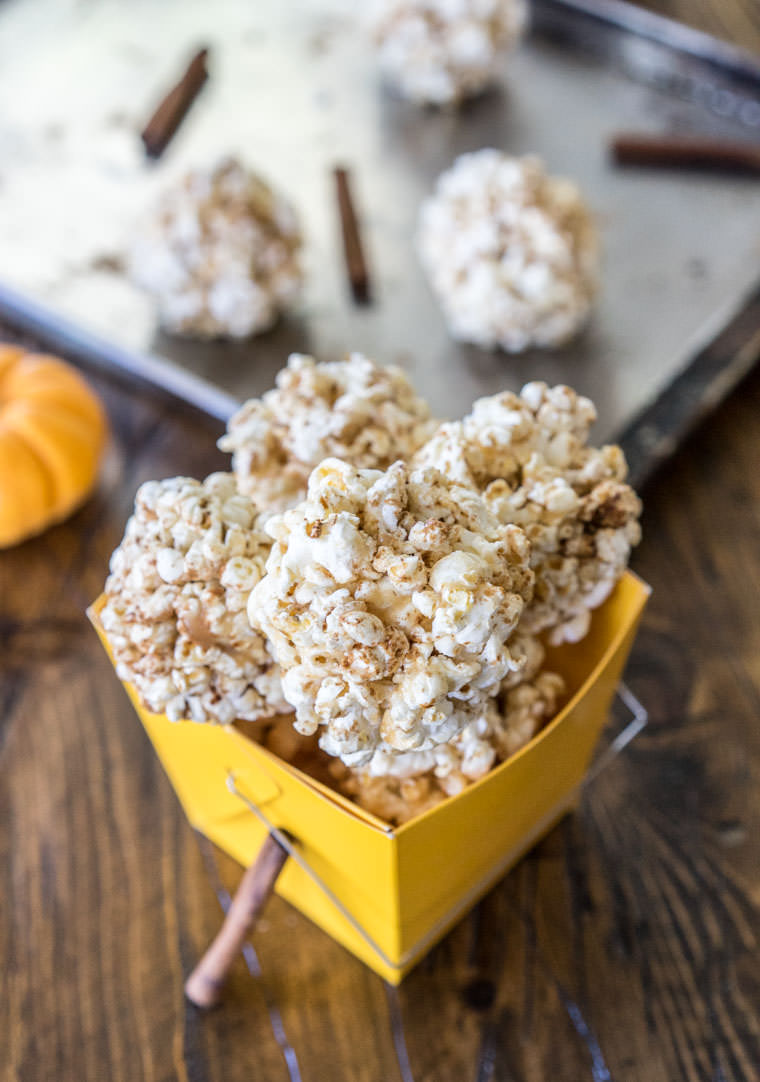 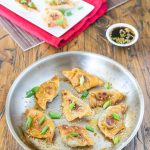 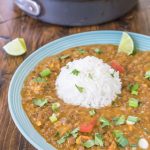