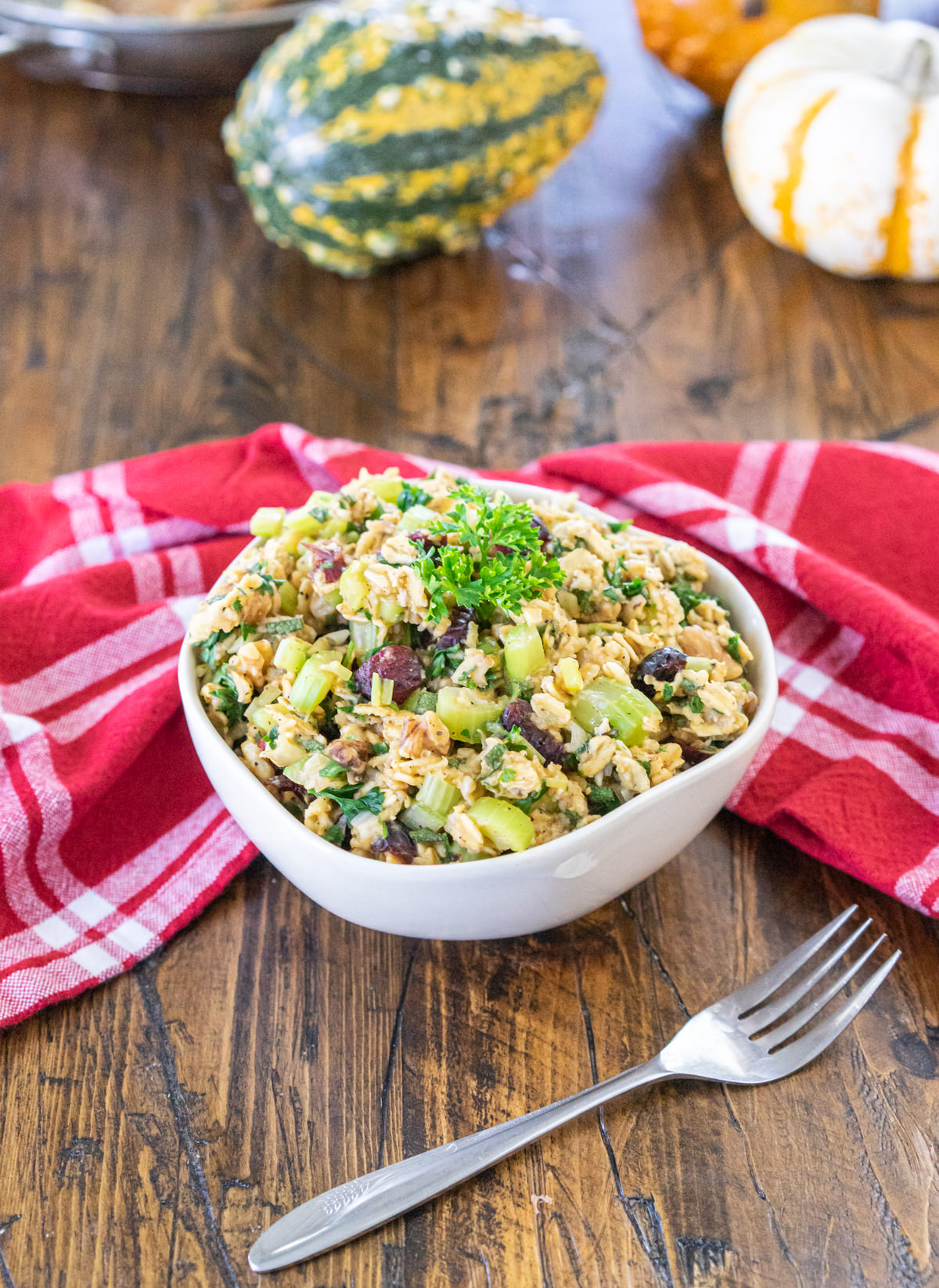 I guess it’s officially savory oats week here on One Ingredient Chef! After that incredible and shocking savory oats risotto, I’m back to take savory oats in a whole different direction…

Imagine if you took all the traditional holiday stuffing flavors, but instead of using dried bread as the base, you used rolled oats. WHY would you want to do this?

Well, oats are healthier than white bread. Also, the texture of oats works quite well in stuffing. But most importantly, speed! This entire recipe (I’m not kidding) can be made in about 7 minutes. It’s so fast, it even beats out my 8-minute black bean soup, but falls way behind the two-minute taquitos 🙂

The flavors here are so delicious. All the celery, onion, sage, cranberry, and nuts you’d expect from stuffing, with the soft and starchy oats lightly sautéed in broth. I don’t think of this as a replacement for stuffing itself, rather, it’s so fast that it would make an awesome breakfast as you’re getting more inspired by holiday flavors, or even a full dinner alongside some air-fried tofu and greens, perhaps.

I’m telling you guys – savory oats FTW. They have been surprising me again and again this week…

Begin by mincing the onion and celery and adding them to a large skillet with a splash of water and a dash of salt and pepper. Cook over medium heat until the onions and celery soften and turn translucent.

Then, add in the oats with about a cup of broth and stir until absorbed. Wait a few minutes and repeat. Unlike the oat risotto where the oats became very soft and flowing, here we want them to retain some shape and texture, so add just enough broth for the oats to fully cook and soften without falling apart. This may take about 3 cups, but it really depends.

In between tending to the oats, prep all the other ingredients: finely-chop some sage, loosely-chop some parsley, get some dried cranberries and nuts ready. Then, when the oats are cooked to your liking, add in all these ingredients with a generous amount of black pepper and a dash of salt to taste.

Done! Serve immediately with an extra sprig of parsley and sprinkle of black pepper as garnish. 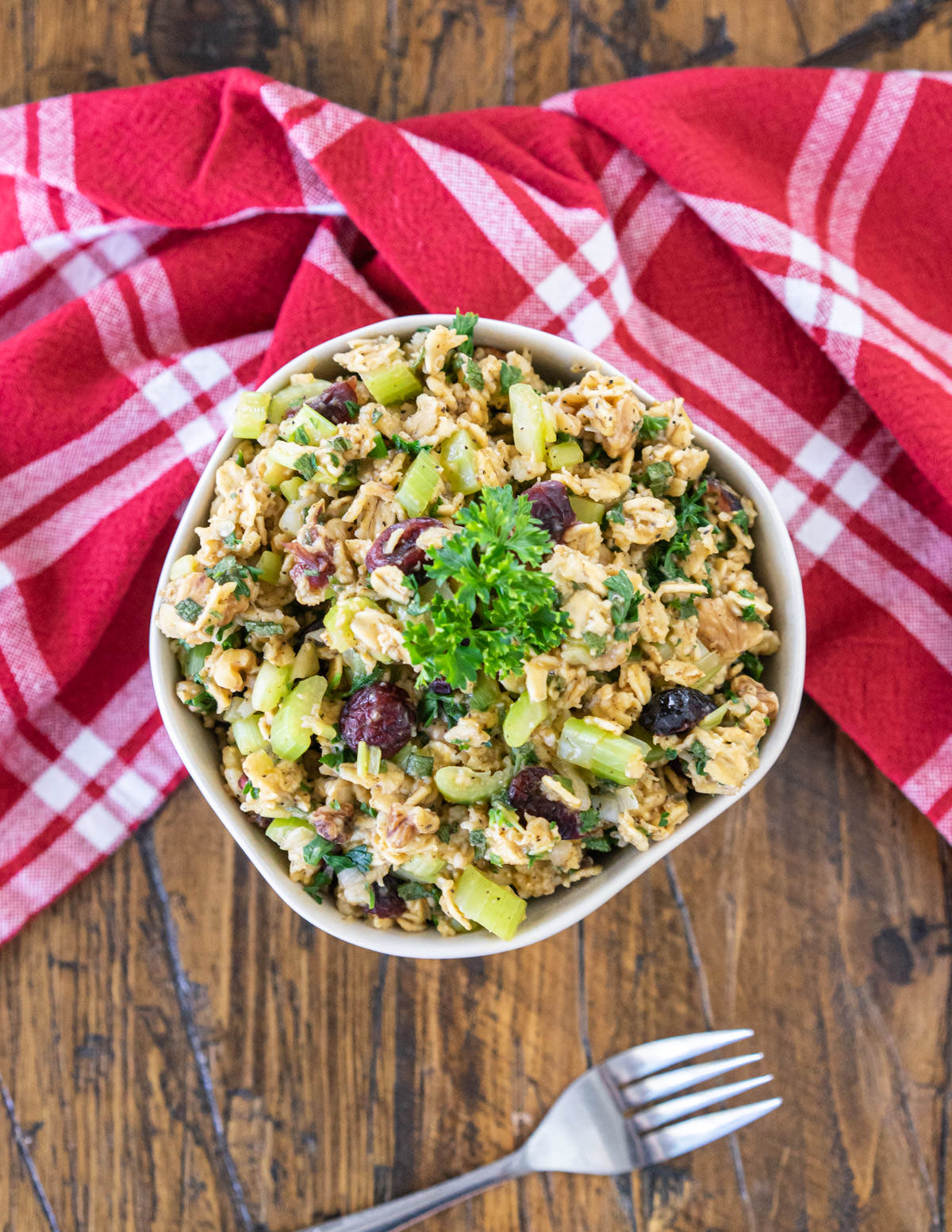 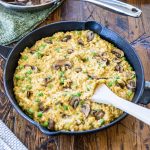 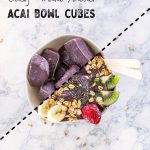