I remember the first time I made soup with homemade vegetable broth. I was furious. The quality of the flavors were so radically improved that it made me angry to think I had been duped into believing the bitter celery water you can buy in stores was anything like the real stuff. A good rule of thumb when it comes to any broth (or wine, for that matter): If you wouldn’t want to drink it all by itself, don’t cook with it. It’s as simple as that.

Homemade vegetable broth is such a perfect representation of the One Ingredient Diet – when you start out with fresh, whole ingredients, you end up with food that is infinitely more delicious. Trust me, give it a shot and you’ll be blown away. Making your own stock is the one thing you can do to totally transform the quality of your soups, stews, risottos, and more. It seems like a lot of work, but literally takes 10 minutes of active prep and just 1 hour of simmering. 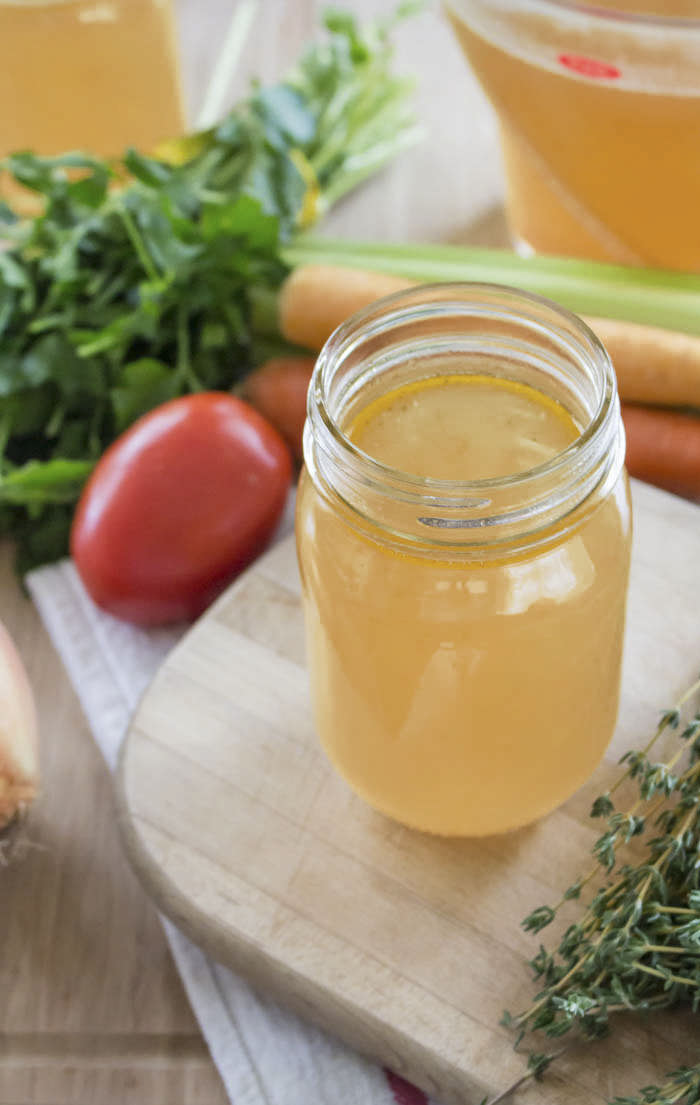 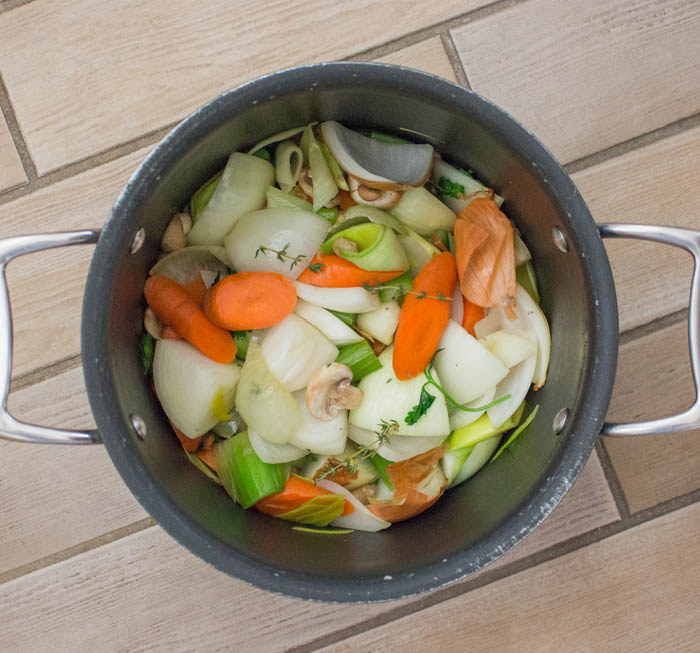 In addition to far superior flavors, making your own stock also gives you so much more control. While most broths have lots of salt and strong flavors like garlic, what if your recipe needs to be mild? Why not make a more neutral broth and then add the right flavors directly into the recipe? That’s the philosophy behind this broth and the reason it doesn’t have garlic or excessive spices.

Dice all the veggies. The ones in the photo above are actually too big. You’ll extract much more flavor if you take an extra 2 minutes to loosely chop the onions, carrots, celery, tomatoes, leek, and mushrooms. They don’t have to be pretty, but 1/4 inch dices will yield more flavor than 1 inch dices.

Sweat the veggies. This is a hugely important step in my opinion. A lot of people simply add the veggies right to the boiling water, but I think this is a mistake. In your large stockpot, add a tablespoon of olive oil with all of the veggies and give them 5 minutes to soften before adding the water. This will help release even more flavors.

Simmer. Add about 10 cups of filtered water (high quality water is important, since the final broth is 99% water). Bring to a boil, then turn down the heat, cover with a lid, and allow to simmer for about an hour.

Strain. Remove the broth from the heat and allow to cool for 10 minutes. Using a cheesecloth or kitchen strainer, strain the liquid into a large bowl. Discard or compost the veggies (don’t worry, they served valiantly). Store the broth, refrigerated, in mason jars for up to a week, or as ice cubes in the freezer for even longer.

Armed with this delicious broth, why not try a pea soup? Risotto? Or even some cornbread stuffing? 🙂 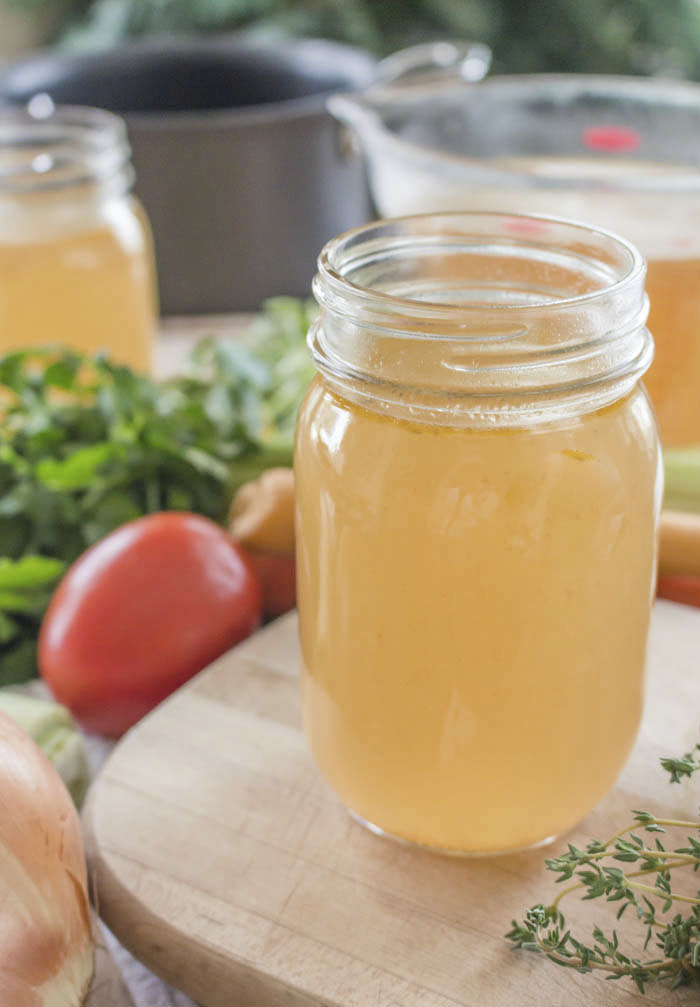 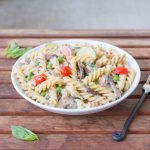 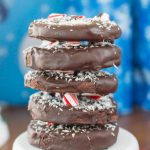