Have I told you how much I love soup? Of all the categories of recipes I’ve developed over the years, the soup recipes are some of my favorites, and this one is no exception. It’s a classic potato broccoli soup with all the creamy / cheesy flavors you would expect, but it’s totally vegan and made with nothing but whole “One Ingredient” foods.

It’s actually quite similar to the pea soup recipe I made years ago, though this one has broccoli instead of peas (obviously), different herbs, and nutritional yeast + cashew cream to make it super “cheesy.” Top it with some chives and smoked paprika for one delicious bowl of soup. 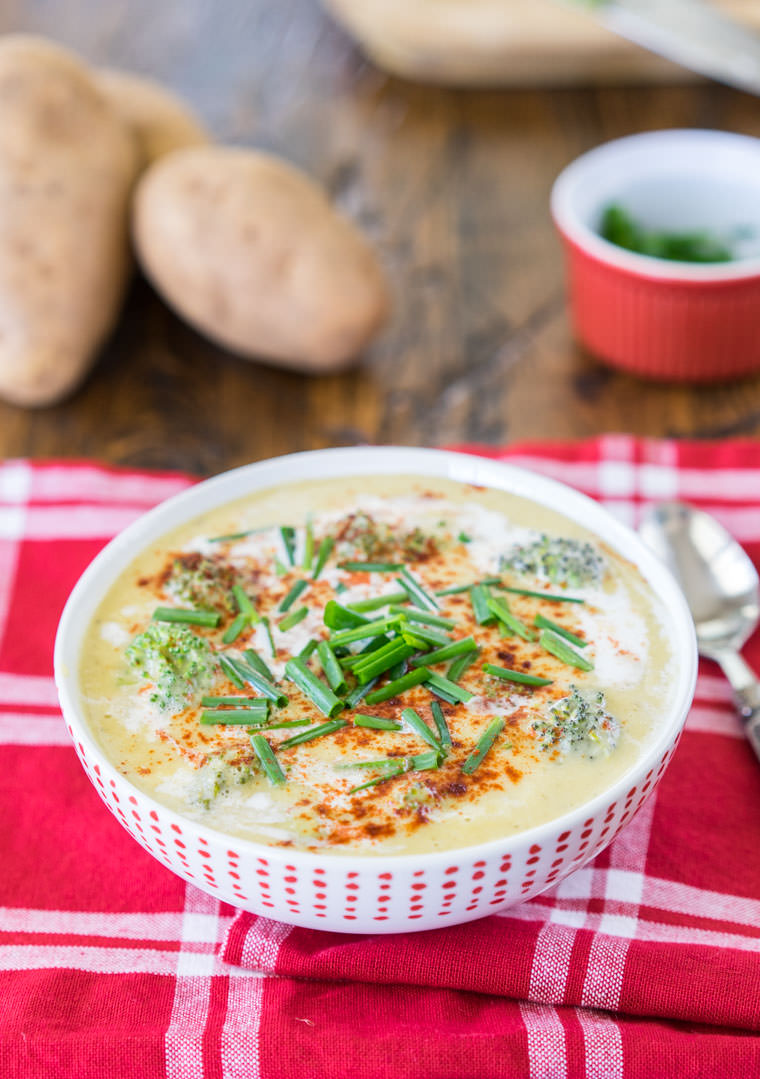 Prep: soak the cashews for at least an hour to soften before blending them into cashew cream.

First, pour the vegetable broth into a stockpot over medium-high heat. Then peel and grate the potatoes before adding them into the broth. The idea here is that the broth will cook the small shreds of potatoes in this pot while we make the base of soup in another pot…

In a large stockpot, add a diced white onion, 3 stalks of celery, a splash of white wine (optional) or water, 1 teaspoon of dried thyme and oregano, salt, and a few dashes of white pepper. Allow the onions and celery to soften and turn translucent (about 10 minutes) while the potatoes continue to cook separately in the broth.

Blend! Carefully transfer this mixture into a blender and blend until smooth. You can alternatively use a stick/immersion blender right in the pot if you have one. Once blended, return to the pot and throw in several large handfuls of broccoli florets (about 1/2 to 1 inch in size). Allow to cook for another 15 minutes until the broccoli softens and the potatoes become fully cooked. Finally, give the soup a taste and add more salt and white pepper (white pepper is the secret weapon in this recipe, trust me), along with more thyme & oregano if needed.

Top each bowl with a dash of smoked paprika (the smoked kind is essential) and diced chives. Don’t skip this step! These garnishes will kick the flavors of this soup to a whole other level. 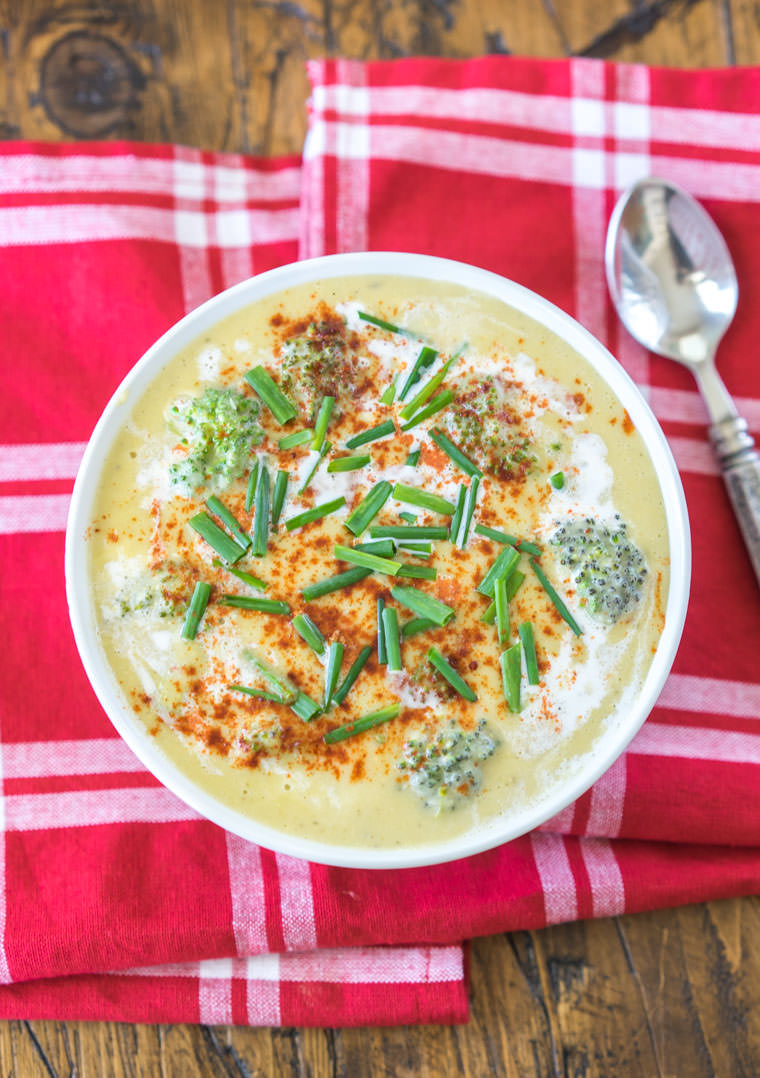 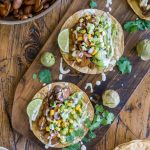 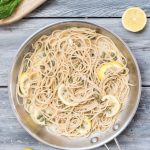