If you’ve never heard of piccata, it’s basically an Italian dish of a buttery lemon garlic reduction poured over meat and sometimes pasta. Although piccata is a cream sauce like Alfredo, the two couldn’t be further apart. Alfredos are thick and creamy, piccata are light and buttery with bright aromatic flavors. I’ve been experimenting with a vegan piccata sauce with all those classic flavors, minus the butter and meat, obviously, and I couldn’t be happier with this recipe – it’s about as close to a vegan butter/cream sauce as I’ve ever tasted.

In my version, we’ll be making a piccata sauce and tossing with spaghetti for a simple 15-minute meal that has incredible flavors. The method is so simple – after reducing the lemon, garlic, and capers in some broth, we’ll add blended sunflower seeds (sunflower cream) instead of butter to balance out the bright lemon garlic flavors with an earthy creaminess. The sauce is then tossed with fresh pasta for a light, delicious meal. 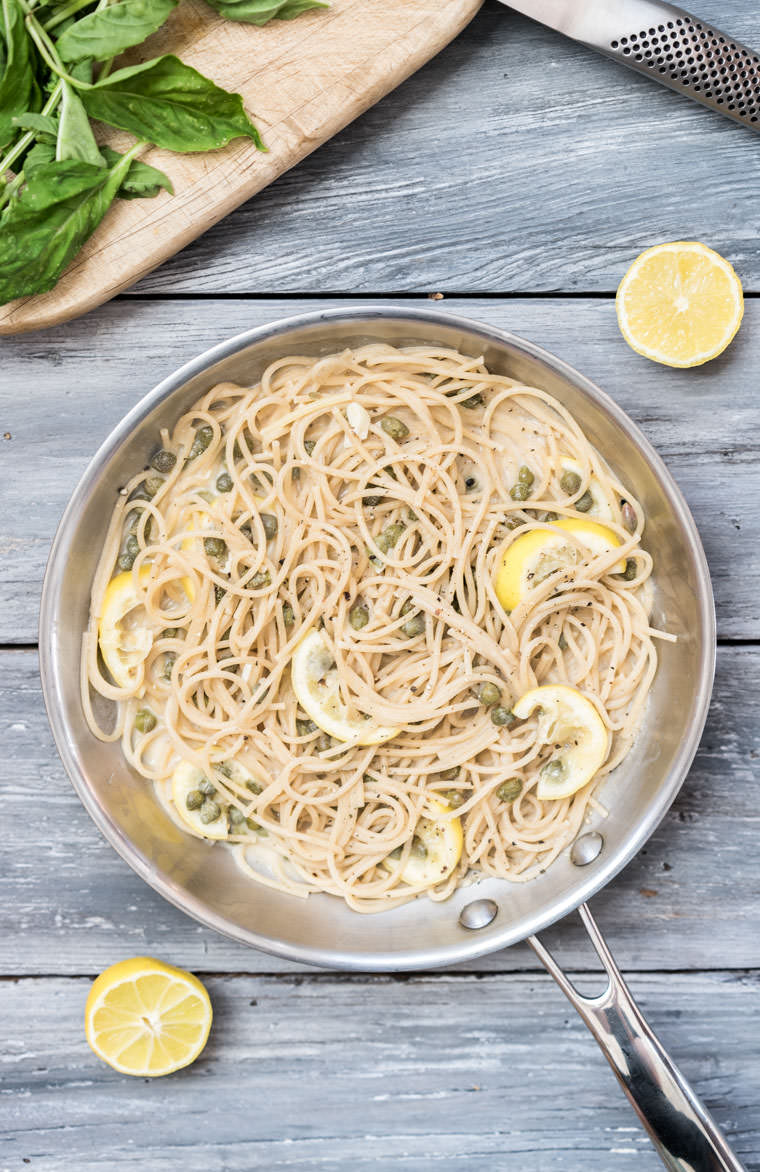 Soak 1/2 cup sunflower seeds (shelled, obviously) in water for at least an hour before preparing, to soften them. Then, blend with about 1/2 cup water and a pinch or two of salt until they form a completely smooth sunflower cream. Set this aside for now.

With the sunflower cream ready, everything else can be made in a matter of minutes. First, set a pot of water to boil for the spaghetti. Then in a large skillet, heat a tablespoon of olive oil and toss in two cloves of garlic (sliced into small slivers), 3 tablespoons of capers (some of the brine is fine too), and one lemon that has been cut into wedges (just throw in the whole wedges with the peels, they will release essential oils that add a ton of flavor). Give this 5 minutes to simmer over medium heat. Your house will smell amazing. 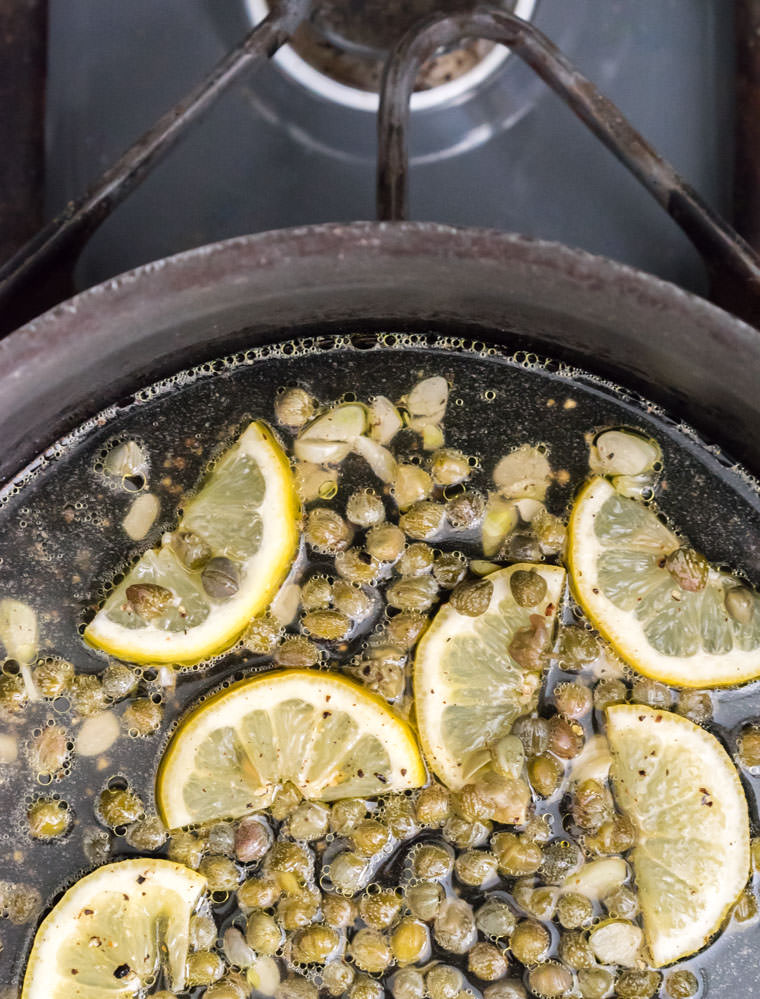 When the water is boiling, add some salt and throw in a package of spaghetti. Back to the sauce, add a cup of vegetable broth along with a bit of salt and pepper. Bring to a simmer and then take an 8-minute break while the pasta is cooking and the sauce is simmering.

Just before the pasta is done, add some of the sunflower cream into the sauce. About 1/2 cup is ideal, but if you want a thicker, more Alfredo-like sauce, feel free to add a little bit more. Let this sauce simmer for 2-3 minutes with the cream while you drain (but do not rinse!) the pasta. If your skillet is big enough, just throw the pasta right into the finished sauce and toss with tongs to coat. As far as those lemon peels, you can either pick them out or leave in as a kind of garnish. Transfer to bowls and serve with a dash of black pepper. 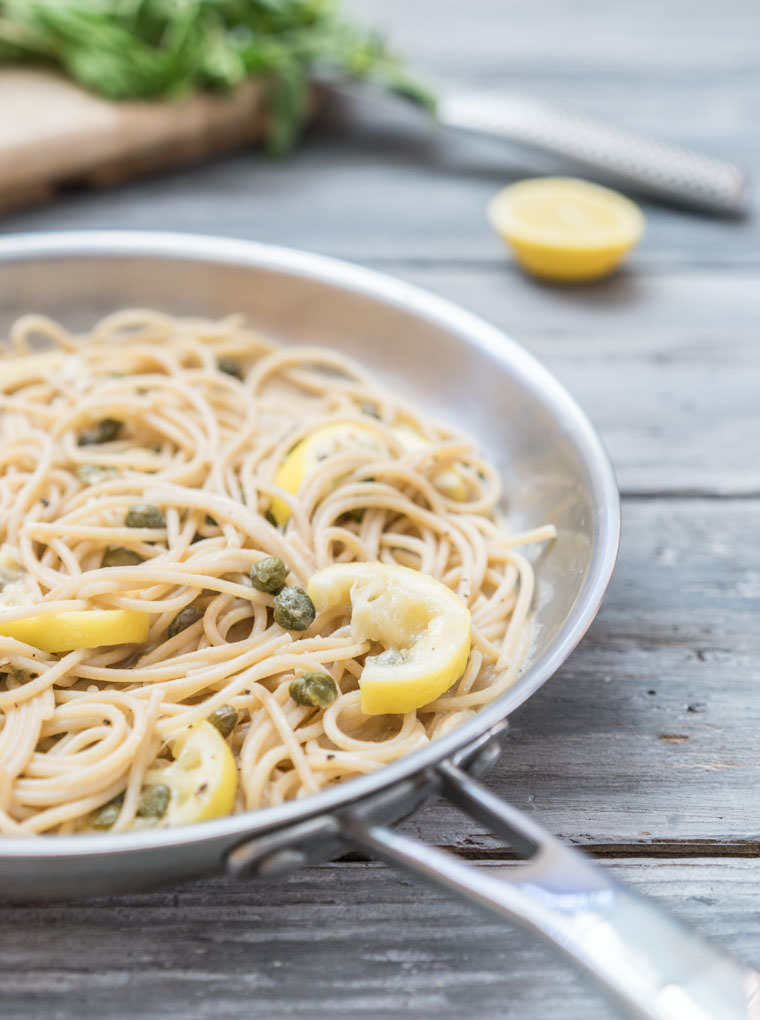 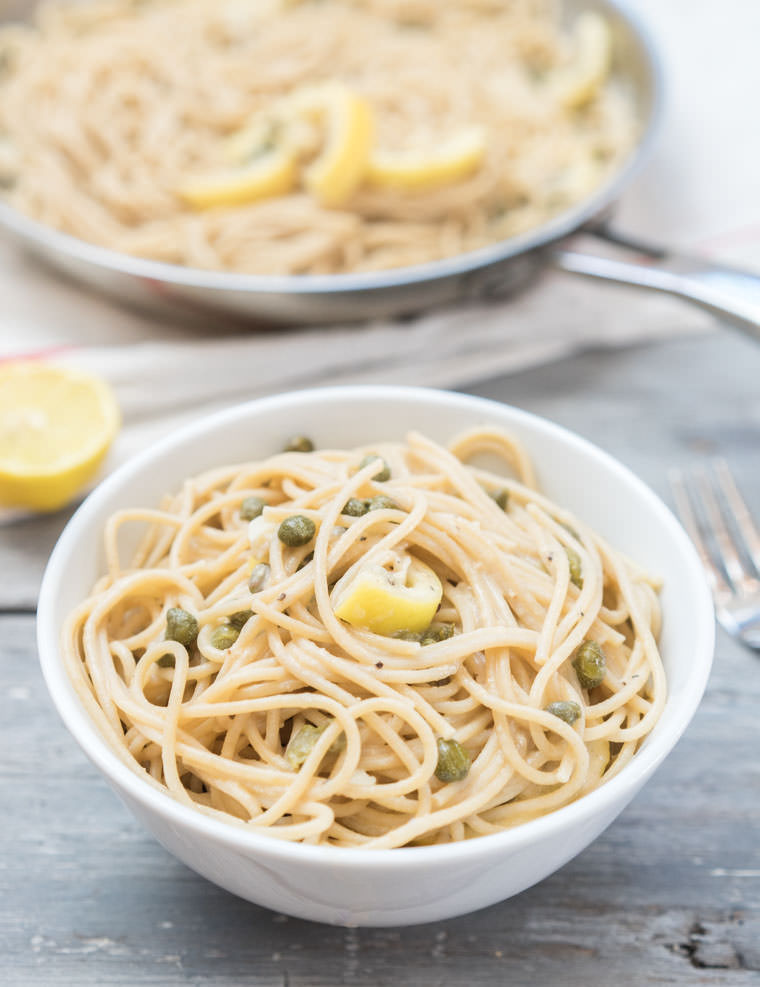 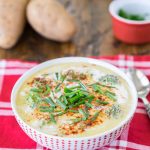 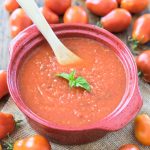