If you don’t mind me saying so myself, I think my Perfect Veggie Burgers really do live up to their title. The flavors are both meaty and fresh with the sunflower seeds and veggies. The texture with the oats and flax is firm without being chewy. The nutritional profile couldn’t be better. I love those burgers! For my family’s Christmas this year, I decided to make some subtle tweaks and turn them into meatballs instead. The ingredients are pretty similar, but I made them slightly “brighter” by adding green onions and a hint of ginger.

I have to say, I think this recipe is even better as meatballs. The texture is awesome, as the outside gets crispy while the inside remains soft, and the flavors are equally good in spherical form.

What’s especially great about this recipe is that you can take it in any direction you want. They are neutral enough to be used in something classic like meatball marinara, but you could also throw together some soy / teriyaki / sesame glaze to take them in a more asian direction. For Christmas, I just served them as a dish on their own with a tahini gravy and they were killer next to some mashed potatoes. I ate about 10 all by myself… 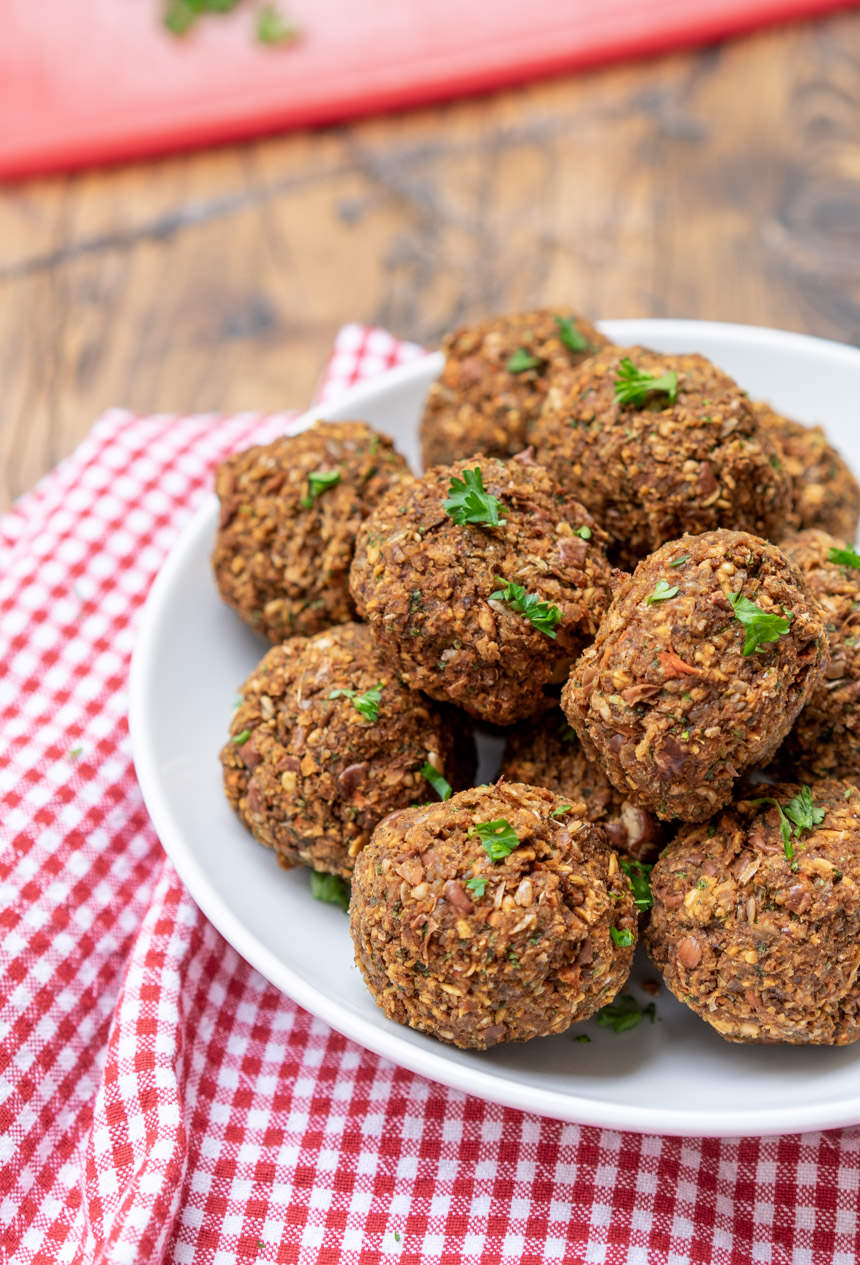 Add the flaxseed to a bowl along with 1/4 cup of water and let this sit for at least 5 minutes while preparing the rest of the ingredients. The flax (which is basically an egg replacer) is super important for holding these meatballs together in a firm texture.

Toast the 3 slices of whole wheat bread until they are very dry but not burned, then add them to a food processor with the rolled oats. Pulse until you have a fine mixture of breadcrumbs and oat flour. Transfer this to a large mixing bowl.

Chop the white parts of the green onions and the carrot into small chunks and add them to the food processor along with the garlic, parsley, mushrooms, sunflower seeds, tomato paste, soy sauce, smoked paprika, ginger and oregano (everything except the pinto beans). Pulse this repeatedly until everything is broken down, but before it turns into a smoothie! Then, add the pinto beans and just pulse 3-4 times to blend them in and break them down a bit.

Add this veggie mixture into the bowl with the breadcrumbs and oat flour. If the flax has formed a nice gel by now, throw that in as well. Use a large spoon (or your hands) to mix well. It should be slightly dry, but definitely firm enough to form solid meatballs: 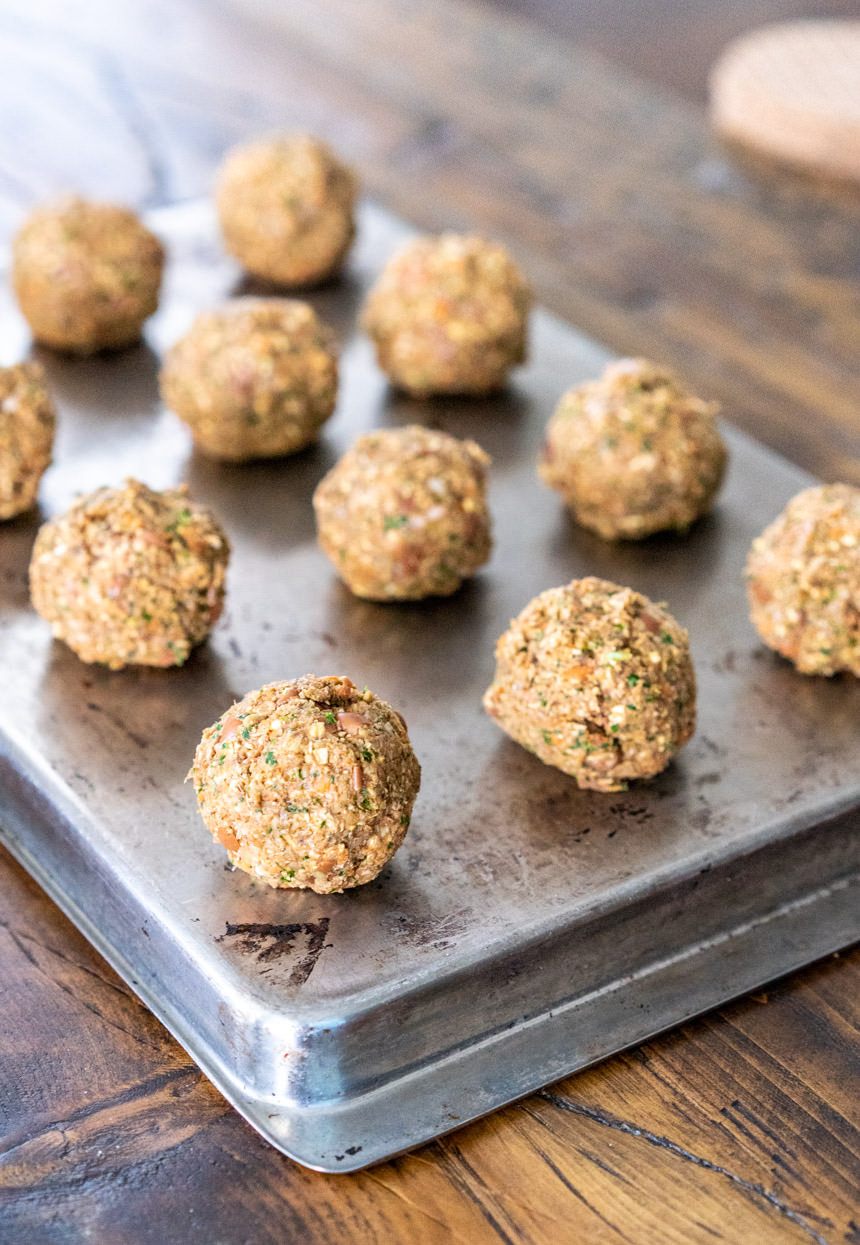 Bake! Roll this mixture into about 12 equally-sized meatballs (about 1 inch in diameter) and transfer them to a baking sheet (mine didn’t stick but you may want to line with parchment) and bake at 350º for about 15 minutes, then remove and invert them before baking for another 10+ minutes. You want to cook until just before outsides get too *too* dark and crispy.

AIR FRYER: If you’ve jumped on the air fryer bandwagon like me, these are *awesome* in that cooking method. They only take about 15 minutes at 350º (stop to shake occasionally) and the outsides become extra crispy. 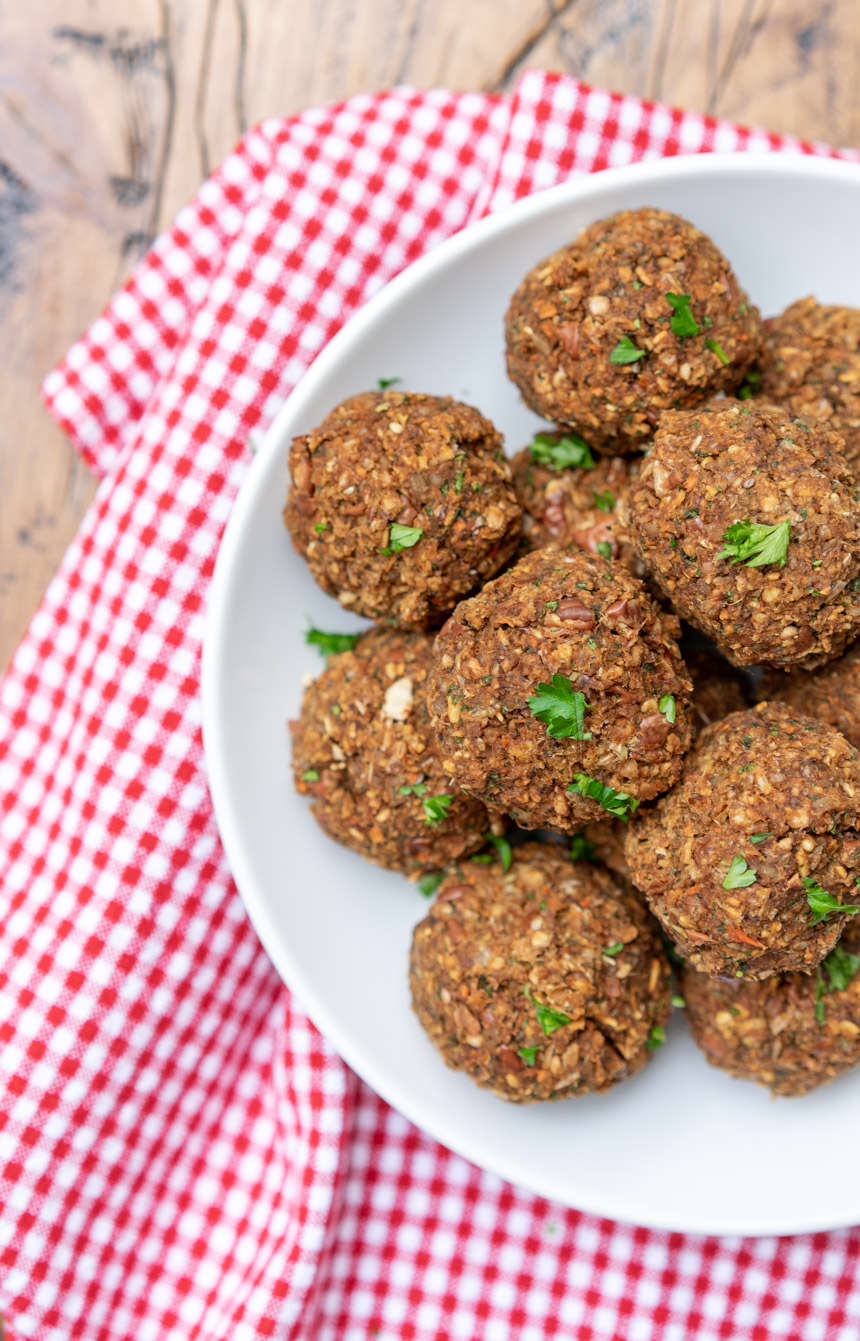 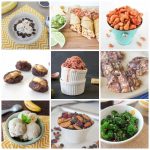 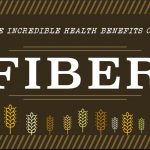