Pasta primavera has a very silly history. During the 1970s, long before my time, the chefs at world-famous Le Cirque in New York created a dish called “pasta primavera” (primavera meaning spring in Italian) that set the world on fire. The New York Times gave it rave reviews. Restaurants around the world rushed to copy it. And primavera became the most talked about dish in elite foodie circles. So, what was this revolutionary culinary masterpiece? Spaghetti with chopped tomatoes, herbs, and a light cream sauce. That’s it.

Um… I guess you had to be there to understand what all the hype was about?

Regardless, that first dish paved the way for modern pasta primavera, which is certainly the most well-known pasta dish in America (even though Italians have never heard of it). In my opinion, a great primavera has 4 important components: good pasta, fresh veggies, perfect herbs, and a nice cream sauce. For our vegan version, we’re using a little of my cauliflower Alfredo sauce to give this dish just the right creaminess when tossed with the fresh veggies and pasta.

I must say, I’ve posted about 10 pasta-like dishes this year and the primavera here is absolutely my favorite. It’s actually one of my all-time favorite pasta dishes. If you love it as much as I do, maybe we can rekindle the primavera hype all over again. 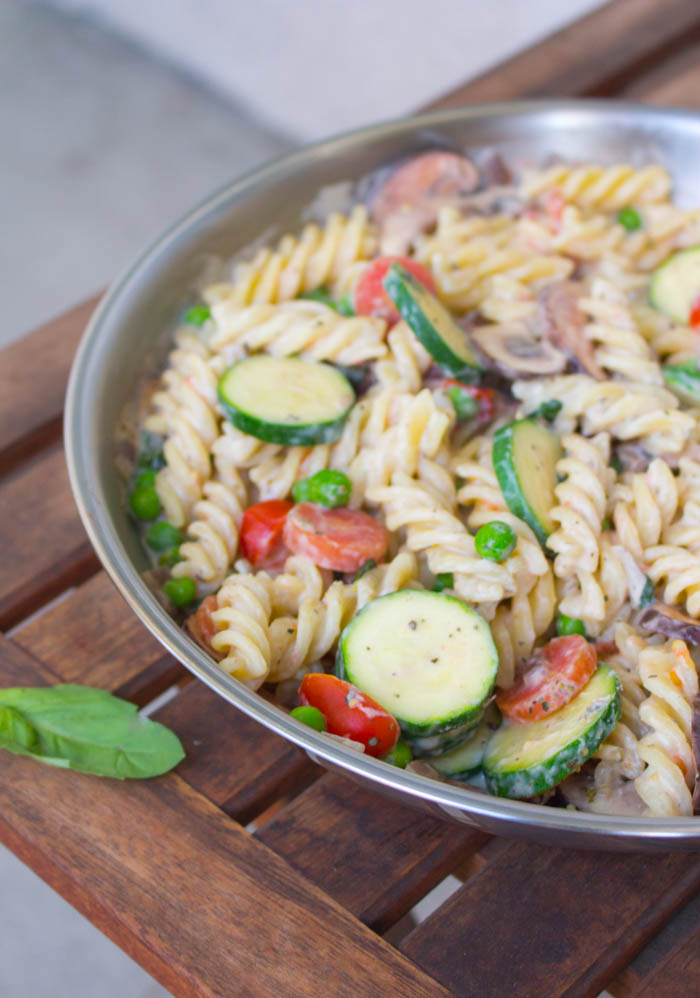 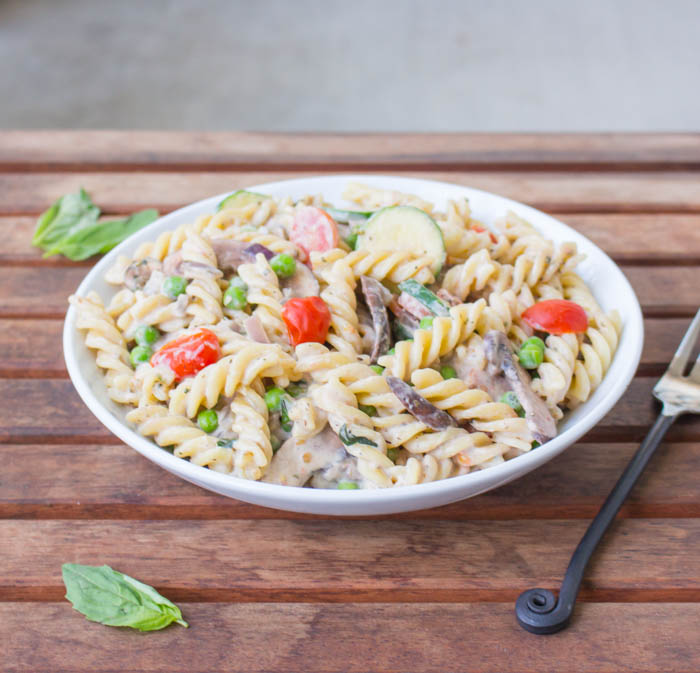 This Alfredo-like sauce is one of my favorite recipes on this website. You can get that recipe at the following link: Cauliflower Alfredo Sauce. Although, this dish only requires about 1/2 cup of sauce and that recipe makes quite a bit more. My suggestion? Make the full batch, have the fettuccine Alfredo one night and this one the next. No one will complain about pasta two nights in a row. 🙂

Begin heating a large pot of water for the pasta. Meanwhile, chop all the veggies. Primavera works with basically any veggies you want. A classic combo is tomatoes, peas, carrots, bell pepper, asparagus, and zucchini. But mine is slightly different and I hope yours is too. Use what you have on hand or anything you think will work. Whatever you use, use a lot: you’ll want to have about equal parts veggies and pasta in your final dish.

Heat a large skillet with either a splash of water or olive oil and begin sautéing the veggies. Add the pasta to the water, which should now be boiling. The idea is to soften the veggies while the pasta cooks so they finish at exactly the same time. You do want a little bite in the veggies though – both the pasta and the veggies should be al dente, or a little firm.

Drain the pasta, reserving 1/4 cup of pasta water, and return to the pot. Add the veggies to the pot and toss. Then add about 1/2 a cup or more of the cauliflower alfredo sauce and toss again with a little pasta water to create the perfect creamy consistency. Finally, add the spices to complete the dish. The combo of salt, pepper, and fresh basil with dried oregano, rosemary, and sage is absolutely killer.

Give the pasta a taste, adjust any spices as needed, and serve immediately. 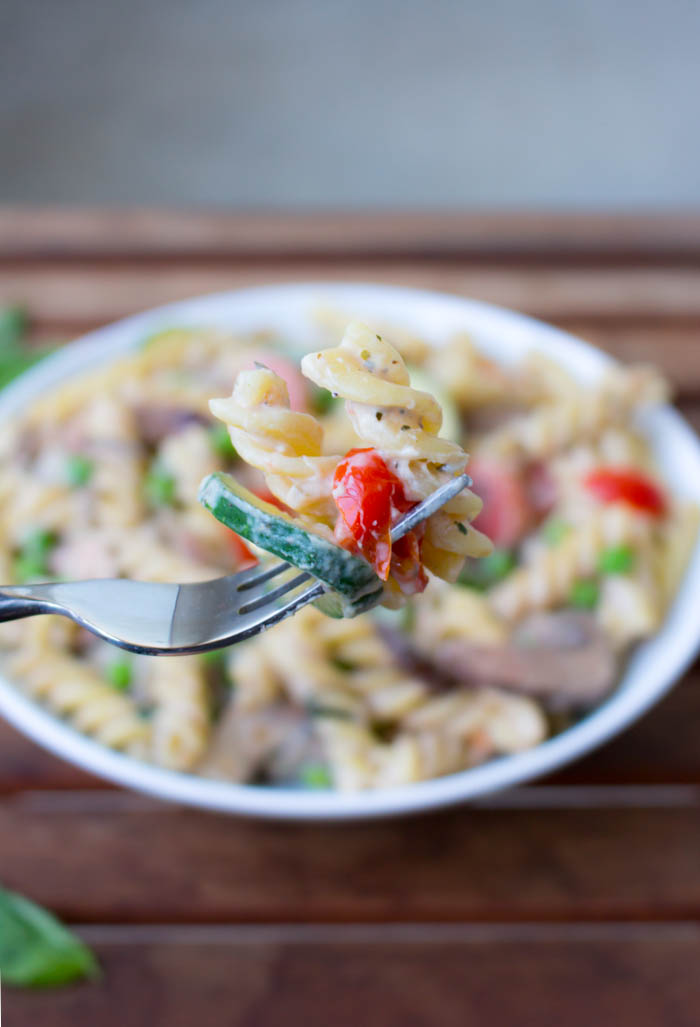 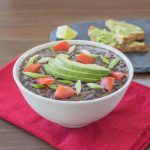 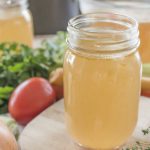