Today I wanted to share something a little different! I was playing around in the kitchen with some crazy dessert ideas and ended up with these little tarts that have a flaky pastry crust filled with a cashew-based lemon custard and some fresh berries in the center. The perfect late spring / early summer dessert.

I say this is something different because it strays a bit from the One Ingredient standard – I almost never cook with oil in significant amounts (or white flour), but those are essential for a good pastry crust and I thought it would be fun to break the rules for this one.

The tarts themselves have an awesome pie-like pastry crust, which isn’t something that I have a lot of experience with, but it turned out amazing. Inside is a lemony cashew filling that is lightly-sweetened and set into the center with a few berries and some lemon zest. In all, they’re a mildly sweet, super-tasty dessert that’s a lot of fun to make. 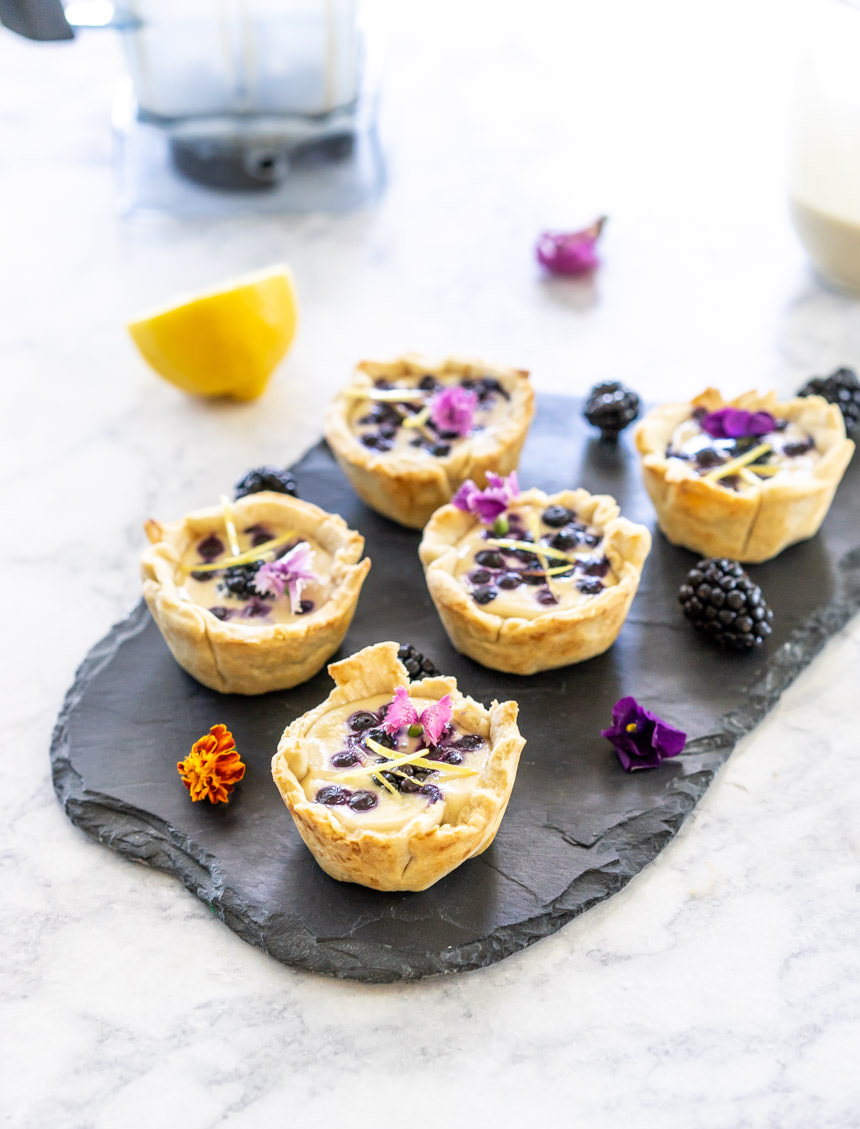 Step One: The Pastry 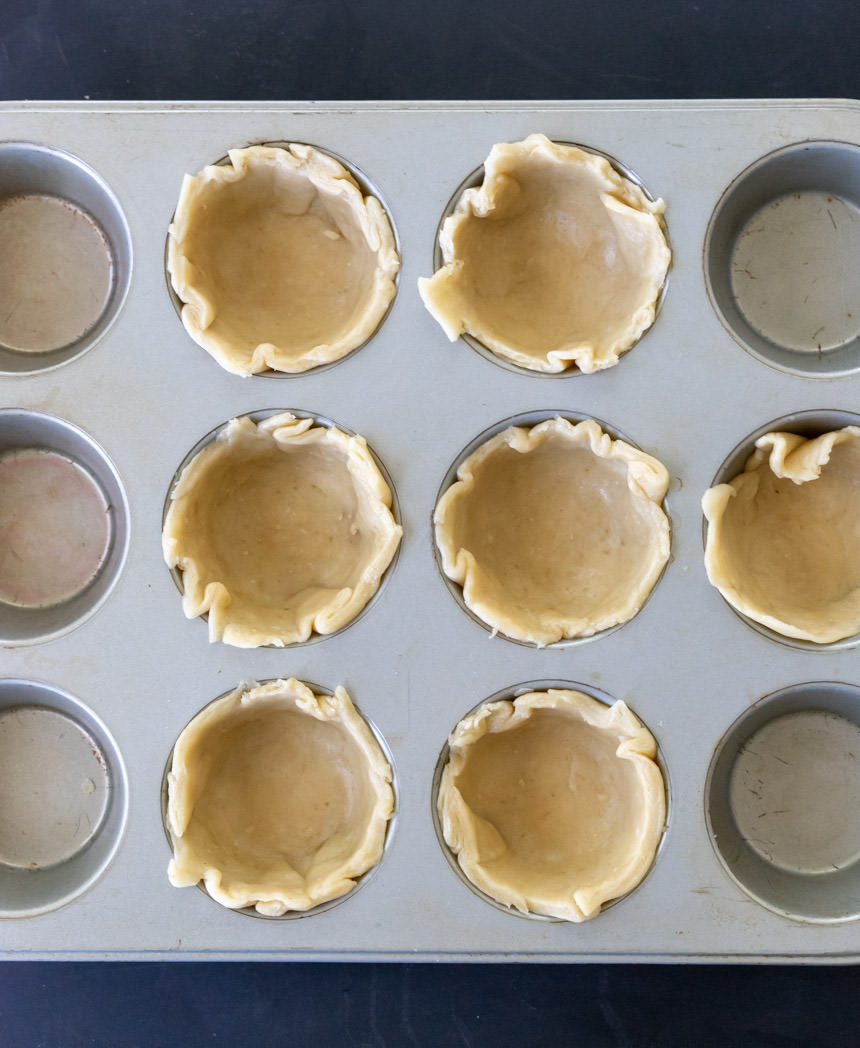 The pastry crust is definitely the hardest part of this, but it’s also a lot of fun. This was (I think) my first time making one and the key is to use cold butter (or in this case, coconut oil). When it’s hard, the oil will not fully dissolve into the dough, leaving tiny pockets. Those pockets melt just as the dough is setting in the hot oven and boom – lots of fluffy, flaky layers in the dough. Here’s how to do it –

Prep: Soak the cashews in fresh water for at least an hour before blending.

Drain the cashews of their soaking water and add them to a blender with a pinch of salt, the juice of one lemon (save the zest for a garnish), some maple syrup (you can use a little more if you want them really sweet) and just enough almond milk or water so that they blend into a smooth (but thick) puree. Note that this cream won’t thicken too much, so what you’ve got here is what you’ll be using in your tarts – make sure it’s not too thin. Set aside until the tarts are done cooking.

Cashew cream will harden when heated and we can exploit that to form an awesome crust in our tarts. Just as the edges of the crust start to darken at the end of step one above, remove from the oven and fill each tart with the custard and a few berries on top. Return to the oven for just 2-3 minutes until you see a *slight* darkening of the cashews, as you can see in the photos. Then, remove from the oven and allow to chill in the fridge for an hour before serving with a garnish of lemon zest and, um, edible flowers? (Don’t ask.) 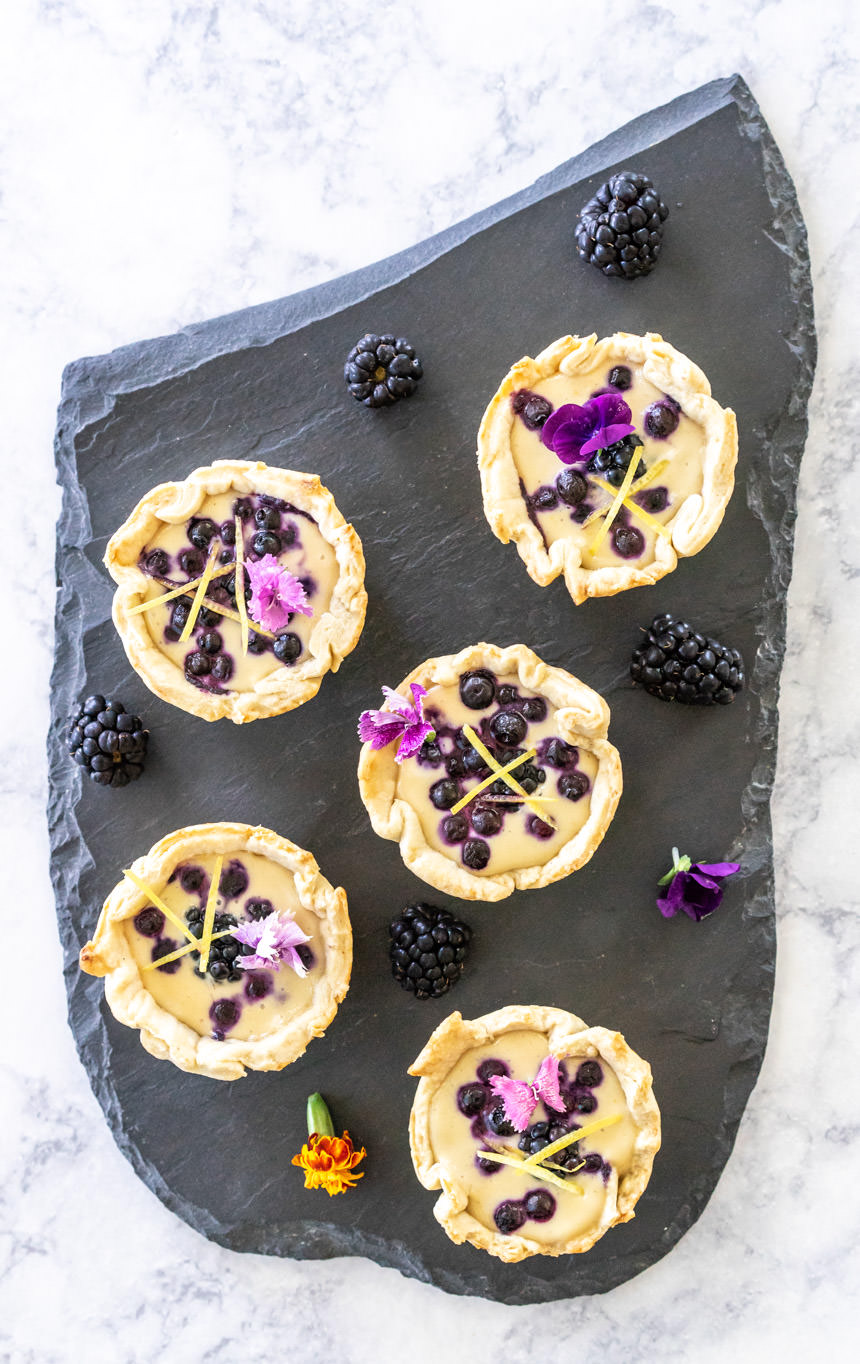 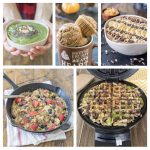 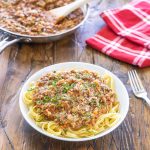