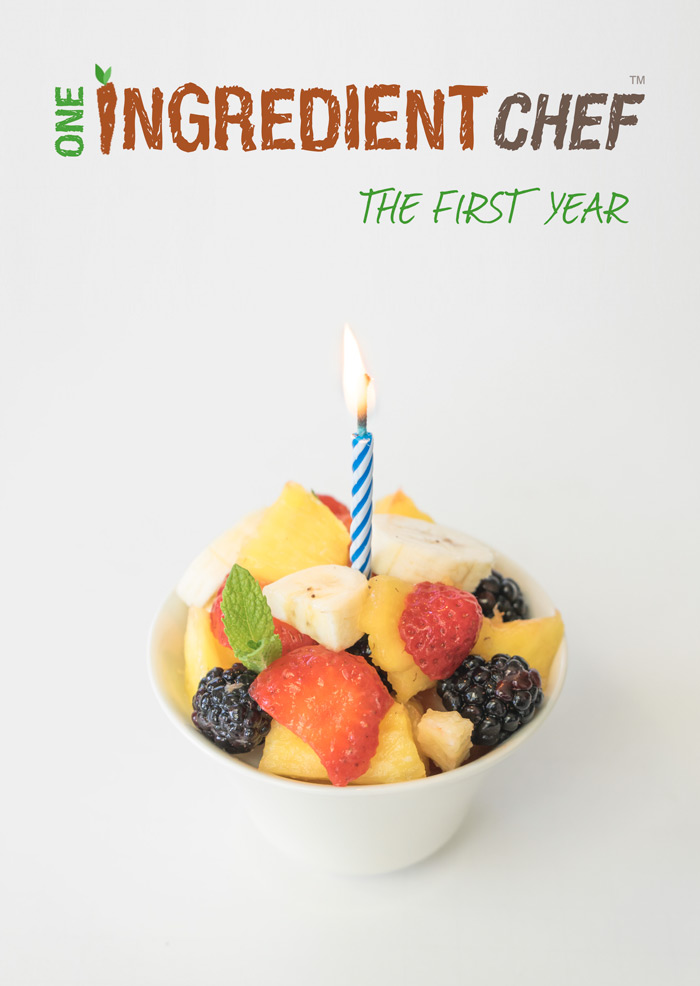 This week marks the first anniversary of OneIngredientChef.com and I thought it would be fun to take a moment to look back at this incredible year.

Thirteen months ago, I had no idea I would become a food blogger. I was doing other internet-based work and began to notice that all my free time was spent in the kitchen, experimenting with dishes, plating them, and taking pictures that I started posting on Twitter. Half jokingly, I tweeted, “I think I’m gonna have to give up on life and start a food blog. All I want to do is cook these days…” But slowly, the idea of building a cooking blog around my One Ingredient Diet concept started to sound less and less crazy…

The problem was, I had failed at a lot of internet projects. Over the years I had written several blogs on personal development that didn’t catch fire. I had started a CPC ad network, a real estate virtual tour company, and even an iPhone app business that all went nowhere. Did I really want to try again? Could I ever make money with this? How was a food blog going to succeed with all this competition? In February of last year I actually wrote an entry in my journal titled, “Should I start a food blog?” which outlined all these questions as I tried to decide if this was the right thing to do.

In the end, it wasn’t much of a decision at all. It came down to 6 words from The Icharus Deception by Seth Godin: Do you care enough to fail? For me, this was not about the outcome – a vague definition of “success” or “failure” – but about the joy of creating something meaningful every day. Here was an opportunity to create artwork that I was so passionate about and that could positively impact other people’s lives. The only real failure, as Godin says in the same book, is not having the guts to create the art that you’ve always dreamed of contributing. After that, I jumped in with both feet and spent the next two weeks building this website, buying my first $100 point and shoot camera, and posting my first recipes.

Now, after enjoying 12 of the best months of my life and watching this site grow to 900,000 views, I think following my heart was the right decision.

Year One: By the Numbers

While I don’t plan on being a blogger who blogs about being a blogger, I do want to share a little data from this first year. Some of these numbers are really incredible: 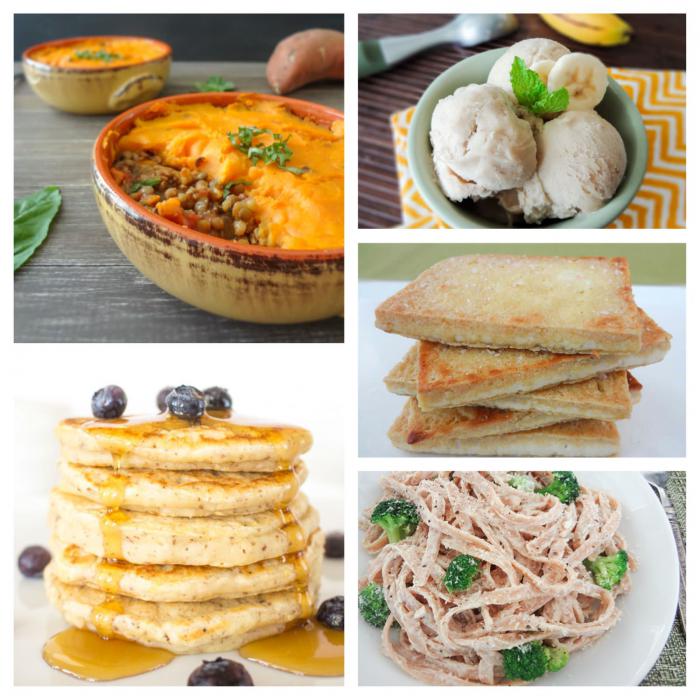 It’s always interesting how I can never predict which recipes will be a success. Sometimes I look at a post as I’m about to hit publish and think “this one is going to blow up the internet” and it’s a dud. Other times I think no one will get too excited about the content and it ends up being a smash hit. Who knows… Nevertheless, here’s a countdown of the 5 most viewed recipes: 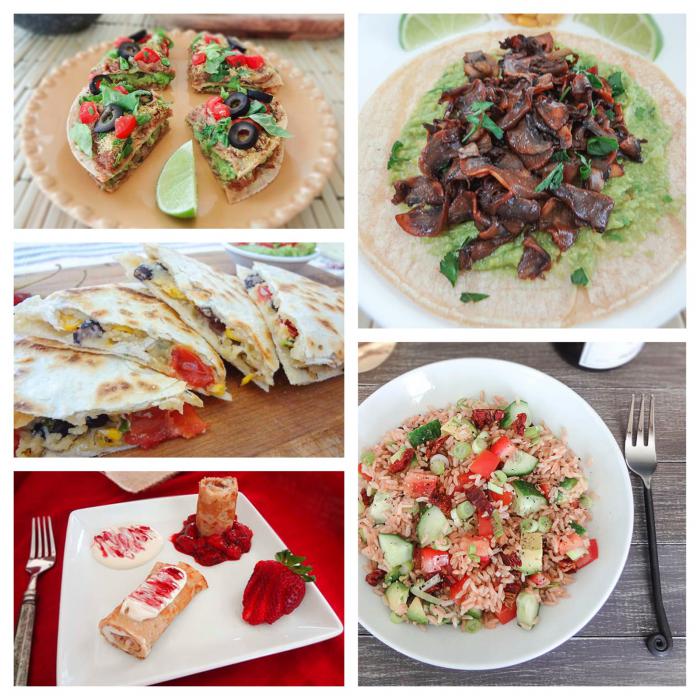 Like all new blogs, I had virtually no traffic when I started and most of my earlier recipes got lost in the shuffle. Literally 99% of my audience discovered this blog long after I posted the Sesame Rice Bowl or Mini Mexican Pizzas. No, these might not have the best writing or pictures, but they are some of the best recipes on this site. So here, I want to highlight my 5 favorite recipes that you (probably) haven’t seen:

The Revolution is Happening

My reason for sharing this with you (in addition to saying THANK YOU from the bottom of my heart for making all of this possible) is to show you the growing power of real food. Yes, there is a long way to go, but the work we’re all doing to spread the message of a whole-food, plant-based diet is having an impact.

People are beginning to understand that we cannot continue to eat ourselves into an early grave. The personal, social, environmental, and economic costs are just too great. It is a fact that most of the people you know are on track to live limited lives and die prematurely as a result of something as stupid as the ingredients they choose to put on their plates. Open heart surgery, insulin shots, limited mobility, and long hospital stays… and what do we get in exchange for all this suffering? A bag of chips and a hamburger?

The good news, though, is that the solution is as simple as the problem. So many of these challenges simply fade away when we begin cooking real, whole, plant-based, “one ingredient” food. Behind the glossy pictures and recipes on this website, that is my real message. I want people to live healthier, happier, more fulfilling lives by improving their relationship with food. But no amount of theory or data or talking is going to change a thing – it starts and ends with cooking. Until we make better choices about the ingredients we choose to eat, and until we start cooking the right types of food, nothing will change.

I absolutely love cooking and there is not one thing I would rather do all day than develop tasty recipes to share with you, but there is more to it than that. Cooking is the medium I use to spread the message; I want people to understand that healthy plant-based cooking is just as easy and delicious as any other type of cooking. As my motto says: “I want you to become healthier than ever before while cooking the best food of your life” and I think this first year has shown a few people that this is not only possible, but virtually guaranteed when you begin cooking real food.

Even looking beyond our own health, there is another reason why the One Ingredient Diet is so important. The average American diet is responsible for the death and suffering of as many as 198 animals per year. By sharing this message that vegan cooking doesn’t have to be boring or limited, we can save the lives of millions of animals who are needlessly suffering to satisfy our addictions. For example, if just 1.5% of the 394,000 unique visitors to this blog realized that vegan cooking isn’t as radical as it sounds and made the switch to a plant-based diet, that would save the lives of over 1 million animals each year. That’s huge. And when we factor in the environmental impact of livestock (which account for 20% of global greenhouse gasses), it begins to look even better. Producing livestock is so inefficient that just one pound of steak is the equivalent to burning 3/4 gallon of oil. A meal of pasta and vegetables requires just a tiny fraction of that, and it would be much cheaper and healthier too.

A simple, healthy, delicious plant-based, “one ingredient” diet makes sense on every single level. And the fact that this blog can exist is just one small piece of a much larger movement that is taking place. I am so encouraged by the progress we are all making together. These last 12 months have been the best of my life and I’m so grateful that I’ve gotten to share them with you. We’re just getting started. 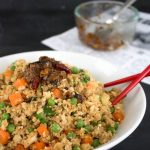 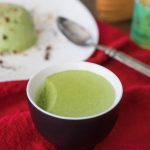